Fouad Mourtada probably never guessed he’d become a household name. Arrested on February 5 and sentenced on February 22 to three years in prison (plus a $1,000 fine) for creating a Facebook profile impersonating Morocco’s Prince Moulay Rachid, Mourtada is now famous, but unfortunately, that fame has come at an enormous price.

Bloggers in Morocco immediately expressed outrage at Mourtada’s arrest and sentencing and continue to do so. Here are a few examples of what the blogoma is saying:

A Moroccan About the World Around Him, a newcomer to the blogoma, has some advice for Mourtada’s prosecutors:

Here is a book I would like to recommend to the prosecutor who indicted Fouad Mourtada on charges of identity theft because he created a fake Facebook profile of HRH Prince Moulay Rachid and the Kafkaesque judge who sentenced him to three years of prison. It is Charles Baxter’s latest and by far his best novel since he started publishing in 1987. The title is “THE SOUL THIEF.” The story tackles the issue of identity and its ownership as the life of a tepid protagonist, graduate student Nathaniel Mason, collides with fellow student Jerome Coolberg’s. The latter is described as a psychopathic attention-seeking and disconcerting individual who becomes obsessed by the persona of Nathaniel. He insidiously, yet cunningly, starts incorporating details of Nathaniel’s life into his own life history; with the complicity of a friend named Theresa, he even hired a thief to break into his room and steal his clothes; he would later put them on and strut in front of Nathaniel mimicking his mannerisms not in a comedic way, but rather seriously. Nathaniel finally succumbs to a breakdown. It takes him thirty years to recover his soul which he feels it was “mortgaged.”

The blogger concludes, “The true victim here is Fouad; he is literally robbed of his life.”

Prolific blogger Myrtus has a permanent post at the top of her blog that will not go away until Mourtada is free, which includes a March 13 update from the Free Fouad Mourtada Committee.

Francophone blogger Larbi has a call for support on his blog:

If you would like to show your support and solidarity, wherever you are, please take a picture of yourself with a sign that includes your message of solidarity with Fouad. Please send the picture to: larbiblog@gmail.com . Please include your name (or nickname) and the name of your city/country…..

Many readers have already sent in photographs. An example from Tokyo: This Flickr page has a collection of Free Fouad photos, including those on Larbi’s blog.

Ironically, reminds us that the 43rd day of Mourtada’s incarceration is upon us:

This is not really in line with the goal of this blog, I know. But what has happened to Fouad Mourtada is so stupid and sad that I will, from time to time, take it upon myself to be a liaison for his campaign. Today is [Mourtada’s] 43rd day of detention… 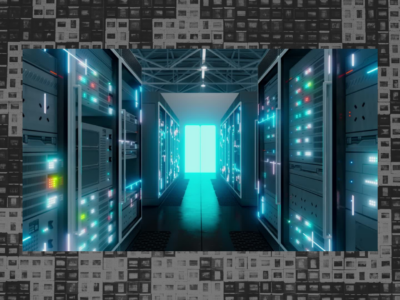