Bahrain and Qatar: Disappearing the Internet

It would seem that another crackdown on Internet freedoms is occurring in the Middle East. Once thought to be the last bastion of free speech, the Internet has recently been subjected to a spate of blockings; and while censorship is no new thing to the region, the willingness of countries such as Bahrain and Qatar to adopt strict Internet policies akin to those in neighboring Saudi Arabia has created a sense of alarm amongst the online community.

Silly Bahraini Girl posted earlier this week about a petition urging supporters of a free Internet to oppose Internet censorship in Bahrain. She wrote:

I'm really curious to know why only 420 people have signed this petition against Internet censorship in Bahrain.

Does this mean that the remainder of the population is in agreement with the draconian law which bans and blocks and censors access to information without a court order – at the whim of some little child who can rest his behind on a chair and tell us what we can and cannot access online?

Are they fine with the rest of the world laughing at our country at a day and age when you cannot block out the sun, cannot say no to free speech and cannot, under any circumstances, block access to information and censor the world wide web?

And while many of you say that such a petition is useless, in a democracy, which we were the last time I checked, petitions are a legitimate and civil means of protest.

By signing the petition, all you do really is clear your conscience and say no to another injustice being committed against you, in your name.

In light of the ongoing tensions between the Bahraini government and the disenfranchised Shia majority, the government has decided to take the highroad. And by highroad I mean, increasing internet censorship. It looks like Bahrain is working hard to join the 15 “enemies of the internet“. You know you are doin’ something right when you get to join with the likes of Syria, Zimbabwe and Belarus!!

The following message appears when users try to access a blocked website: “Site Blocked: This website has been blocked by the order of the Ministry of Culture and Information based on Article 19 of decree Law No. 47, 2002 regarding the organisation of the press, printing and publishing in the Kingdom of Bahrain, due to the publication of prohibited content on the aforementioned site.”

There also two Facebook groups set up to combat filtering in Bahrain. An example of a Qatar blockpage

A member of community site Qatar Living posted earlier this week that Qatar is experiencing a rise in Internet filtering as well:

Last night i was surfing the net and it was 11:20 as i was loged in on many other sites including TAGGED.When i refresh the page to update it i was shocked that it become ban by QTEL suddenly.No idea this BAN is for longtime or a short time or maybe forever as i heard this website [www.tagged.com] is banned in many countries in the world…

One commenter on the post noted that Internet Service Provider (ISP) QTel had remarked on the specific block:

Qtel today provided an update on its Community Internet Safety Policy, following the decision over the weekend to block a specific social networking site within Qatar.

In its role as a licensed Internet Service Provider (ISP) and in response to customer requests, Qtel has a clear policy that aims to prevent damage to the values of the community from harmful material on websites. This policy has received strong support from the local community and ongoing market research shows that families and residents in Qatar overwhelmingly prefer there to be safeguards in place against illegal, pornographic and socially-harmful material.

It is notable that both Bahrain and Qatar allow Internet users to request sites to be unblocked. In Bahrain, one can utilize a web form, whereas QTel (Qatar's only ISP at the moment) prefers to receive e-mail (help-at-isp.qa). 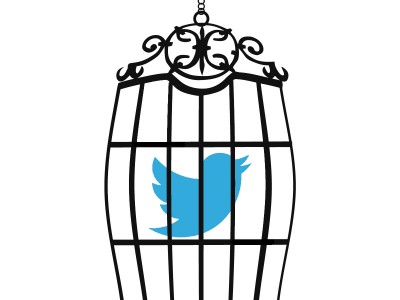