Netizens from Macau discovered that the largest forum in Macau, cyberctm, has activated keyword filtering mechanism and filtered away the term “Chief Executive” as well as its substitution “Chief Thief”.

The so called “Chief Executive” or C.E (in Chinese 特首）is the head of the Macau Special Administrative Region and the present C.E is Edmund Ho Hau Wah and its to be successor is Fernando Chui Sai On. In the past two year, Edmund Ho has been caught in a corruption scandal related with Ao Man Long and when the word “C.E / 特首）appear, it is very often associated with negative comments. Moreover, many netizens use the term “Chief Thief 賊首” to substitute “C.E”.

On 17 of October, cyberctm user 星殺 found out that the forum has filtered away the Chinese word “C.E/特首”. However, if one add a space in and between the term, the term will appear.

The post has attracted internet users to do testing. User 飛矢不動 found out that if the two words are coded with different color, they can evade the filter. User gdeleuze discovered that the filter in Macau is different from its China counterpart as sensitive words like “June 4″, “Falungong”, “CCP”, “89 democratic movement” have not been filtered away. However, 愛瞞停轉日 found out that the term “Chief Thief -賊首” has been filtered away. Of course user can always leave a space or add a period in and between the two words. 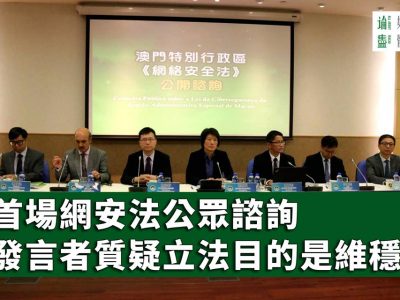 How Will Macau's New Cybersecurity Legislation Impact Freedom of Speech? 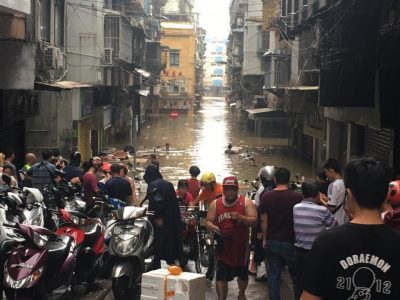