There is no need to reiterate the importance of British novelist George Orwell: it is enough to look around to see the dystopia he depicted in 1984 happening all around us. “Newspeak”, “thoughtcrime” and “Big Brother” are among the countless terms he coined that help us identify, describe and fight abuses such as surveillance and censorship in the real world.

Today, having CCTV surveillance cameras at every street corner is the norm: even better, it is for our safety. It may even be in vogue, as illustrated by this video from the lowcost fashion brand Pimkie that invites you to discover what colors women in the streets of Europe are wearing and gives you ideas for the most stylish outfits.

Happily, sprawling privacy invasions have also been denounced for many years. One of the fighters is the London-based organisation Privacy International. Among other initiatives, they launched the Big Brother Awards in 1998 to requite “government agencies, private companies and individuals who have excelled in the violation of our privacy.” Privacy infringers of all kinds are selected, evidence is collected, and a dedicated jury as well as any citizen can vote for the winners, though “losers” might be a better term since the honour of winning such an award is doubtful. Positive actions are also rewarded with prizes that aim to foster critical questioning of various surveillance initiatives.

The Big Brother Awards have gained in popularity over the last 10 years and citizens of many countries have joined. Today, more than 75 award ceremonies have been held since 1998 in many European countries, as well as Australia, Japan, and more. Here is a brief round-up:

Germany held their most recent ceremony [en] in April 2012. The winner in the “Government and Administration” category was the Minister of the Interior of Saxony for having collected the mobile phone data of more than 1 million people last year after an anti-neonazi demonstration, an action he described [de] as “lawful” for investigative purposes. An award also went to “The Cloud” as a means to highlight the danger of online distributed services: users are more and more keen to relinquish their data to remote servers which are prone to be accessed by foreign governments (the US can collect data through the Patriot Act even though the cloud provider is located in Europe).

The German Cyber-Defence Center and its most fervent proponent, the Minister of the Interior Hans-Peter Friedrich, were rewarded for blurring the lines between police, military and intelligence. Last but not least: the software company Gamma Group was rewarded for its long-standing practice of developing and selling surveillance software to Egypt and other repressive governments.

Belgium held it second ceremony in January. The winners highlighted the compromised security of personal data collected by various public and private institutions, including public transportation administrations, and electricity suppliers. The Westkust city police was the big winner, for their VIP (“Very Irritating Police” — this is its real name) project: it perverts the law by establishing a “guilty until proven innocent” rule and is intrusive to personal freedom. Meanwhile, the positive Winston Award (a direct reference to the main character of “1984”, Winston Smith) went to the online game Yoogle!. The game simulates a mini-Web2.0 cyberspace that represents how personal data is managed and exchanged between social media companies and users.

Big Brother Awards Austria [de] held their 13th ceremony in October 2011. Among those rewarded was lifelong privacy invader and tabloid press editor, Wolfgang Fellner [de] who received the elegant “grandpa of incestuous journalism” prize, alongside award winners from the Ministry of the Interior and the Austrian Anti-Terror Police. The Austrian committee granted Max Schrems with the distinction of “Defensor Libertatis” for his “Europe vs. Facebook” campaign.

Bulgaria [bg] held the 5th edition [bg] of the Big Brother Awards in 2011. Winning this year were Ministry of Interior and mobile phone providers, for notorious insufficient legal and corporate privacy and personal security protections. France [fr] has perhaps the finest-featured selection of nominees and winners. It is unclear whether this is solely due to an ever-worsening situation or that the organizers simply have well-defined categories. Whatever the reason, the 10th edition of the French Awards requited 10 out of more than 40 nominees. The huge list of infringements cautiously excluded [fr] President Sarkozy's “doping and chronic recidivism”, and focused on personal freedoms and privacy in public schools, and increased criminalization of migrants and their supporters. Attention was also drawn to various local initiatives aimed at establishing permanent and pervasive video-surveillance, referred to as “video-protection”, a newspeak shift that was already rewarded in 2009 [fr].

The positive “Prix Voltaire” award went to the citizen rights group Pièces et Main d'oeuvre for their longtime activity informing and raising awareness about the totalitarian dangers of techno-science such as nano-technology.

Thanks to Katrin Zintoun for finding and translating the quotes from German. 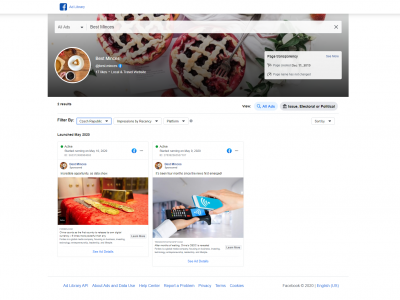 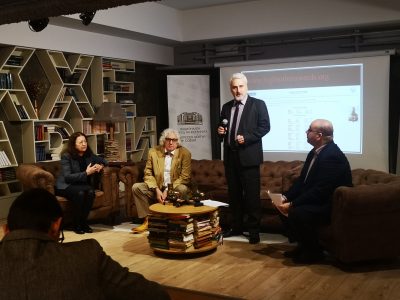