Peru: How Will the TPP Affect Users?

For a primer on the TPP agreement, see this recent post by our friends at the Electronic Frontier Foundation.

The Trans-Pacific Partnership Agreement, a free trade treaty that looks to integrate the economies and markets of the Asia-Pacific region, goes beyond commercial matters to include aspects such as protection of investments and intellectual property.

This agreement, better known as the TPP, will have its seventeenth round of negotiations from May 15-24 in Lima, Peru.

The first wave of signatories included Brunei, Chile, New Zealand, and Singapore, who signed the treaty on June 5, 2005. Australia, the United States, Japan, Malaysia, Peru, Vietnam, Canada and Mexico are amidst negotiations to enter into the group.

This is not the first time that a meeting of this sort is taking place in Lima; in fact, during the Asia-Pacific Economic Cooperation (APEC) Forum Leaders Summit in November 2008 — carried out in Lima — Peru formalized its intention of signing the agreement. Later, a mini-round of negotiations (between the third and fourth rounds) took place on August 20-21, 2010. The ninth round of negotiations was took place from October 19-28 in 2011. Here [es] we can view a complete chronology of the negotiation rounds.

The website for the Ministry of Foreign Commerce and Tourism (Mincetur) highlights [es] as one of the benefits the greater volume of the member countries’ economies and the wide market they represent:

The TPP is an opportunity to consolidate Peru's presence in the Asia-Pacific, a zone of great importance for the country, which also gives a diversified market for the development of new exportation products for Peru, services trading, attraction of investments, and mobility for businesspeople, among others.

In another article the Ministry details [es] the rubrics to include itself in the agreement, including: Access to Markets, Customs Procedures, and Intellectual Property, among others.

Although the attitude [es] of the current government, much like those that came before, is in favor of signing the agreement, there have still been certain discrepancies. In October of last year, the Minister of Foreign Commerce and Tourism, José Luis Silva, declared [es] that the government's decision to not accept the United States’ desire to issue drug patents in the TPP negotiations. Nonetheless, negotiations continue and neither the topic of drugs nor any entrapment with respect to it has been addressed.

It is worth adding that negotiations take place in the utmost confidentiality and if progress on the agreement in terms of the acceptance (or not) of members or other general things emerges, the details of the negotiations are left unknown, strictly speaking. Nevertheless the little information that has leaked has given rise to an anti-TPP movement in various countries, above all because of what it would mean for the marginalization of intellectual property and its consequences for freedom of expression and information on the Internet.

In Peru not everyone is in favor of the agreement and some civil society sectors oppose its signing. In 2011, with the ninth round of negotiations in Lima, a sit-in protest took place [es] in front of the hotel where negotiations were underway. The protest was coordinated by Peruvian and foreign organizations who argue that the “free commerce” agreement would even further protect pharmaceutical corporations and harm public health:

Texts leaked on the subject of Intellectual Property, discussed in Round IX of the (TPP) negotiations […] reveal that adopting the text that the United States is proposing will restrict competition in generic drugs and will increase drug costs, jeopardizing access to necessary medicines for populations in the entire Asia-Pacific region. The U.S. proposal will extend and create new pharmaceutical monopolies, will grant additional exclusive control over clinical trial data, and will eliminate safeguards against patent abuse.

Blogger Chillinfart, on V de Verguenza, has written a number of posts with respect to the issue where he shares his opinion, which is very much opposed to the TPP. In one of them he explains [es]:

The Transpacific agreement (TPP or TPPA) […] is a commercial agreement that is negotiated behind peoples’ backs, practically in secret. […] no one gives up official stories, all we know is through leaks […] Worst of all is that they touch on sensitive topics like freedom of expression, content management with copyrights [es] and, above all, drug patents [es].

He later provides his opinion on the Peruvian position regarding the negotiations:

In Peru, at most an official declaration was made reluctantly (following Anonymous's AndesLibre Operation [es]). If MINCETUR really declared something against it some time ago, in practice it does not help support [es] its own declarations, much less in negotiations where it simply bows its head [es].

He concludes by drawing a link to recent bills [es] in Peru that restrict certain liberties and the little debate in traditional media:

[It] is worth remembering that draconian media [entities] control content management with copyright [policy] in….this agreement is a good excuse for the ongoing abuses of the operators that are currently not even being questioned (even if the current legal framework prohibits it). Impunity in a nutshell. With the whole Beingolea bill…it is striking that with something like the TPP/TPPA they say nothing.

Even in social media, the local discussion of the topic is still quite insignificant. In upcoming posts, we will aim to present how the topic has been touched upon in other countries, such as Chile. 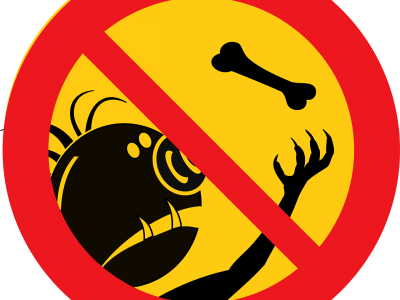