Francophone African online communities were astonished to learn on May 7 that Chadian blogger Makaila Nguébla had been arrested by Senegalese intelligence services and the deported [fr] to Conakry (Republic of Guinea) from Dakar. Nguébla, who had lived in exile in Senegal for eight years, is the editor of the collective blog Makaila Info [fr], an information and opinion site that is highly popular among Chadians inside the country and abroad.

In the phone interview with Global Voices Advocacy, Nguébla's lawyer explained that deportation to a country where a journalist would receive less protection than in his or her home country runs contrary to Senegalese law. He stated that the case was not approved by a judge, and that the move undermines the international commitments of Senegal, which ratified the 1951 Refugee Convention and Protocols. Nguébla is undoubtedly a political refugee, considering this Convention and the personal situation of the blogger, who had lived in Senegal for more than eight years. Article 32 of the Convention provides that:

1. The Contracting States shall not expel a refugee lawfully in their territory save on grounds of national security or public order.

2. The expulsion of such a refugee shall be only in pursuance of a decision reached in accordance with due process of law. Except where compelling reasons of national security otherwise require, the refugee shall be allowed to submit evidence to clear himself, and to appeal to and be represented for the purpose before competent authority or a person or persons specially designated by the competent authority.

Makaila Nguébla has become a stateless person, as authorities in his home country of Chad have refused to issue him a new passport for more than eight years. On May 12, speaking to Radio France Internacionale [fr], Senegalese Minister of Governance and Spokesperson of the Government expressed the official position of Senegal on the issue.

His presence was merely tolerated. But under this was under the condition that he refrain from doing a number of things and making statements that the Senegalese government considers contrary to his will to live among us.

Although officials haven't explicitly stated the reason for his expulsion, it can be inferred that, had he chosen to remain silent, he would still be Senegal today. In other words, Nguébla's choice to continue writing and expressing his political ideas online qualified as a “threat to national security” or “public order,” as stated in the Convention above.

The expulsion of Nguébla followed the visit to Dakar on May 3 and 4 of Chadian Minister of Justice Jean-Bernard Padaré, for the signing of an agreement on judicial cooperation between Senegal and Chad. According to sources [fr] Minister Padaré met with the democratically elected President of Senegal, Macky Sall. A few days later, Nguébla was deported to Conakry, in neigboring Guinea. This expulsion is yet another repressive action brought by Chad against bloggers and online dissent. In addition to Nguébla, two bloggers who wrote for Makaila Info, Jean Laokolé and Eric Topona, have since faced persecution. On Makaila Info, the three bloggers often wrote about political affairs and had made allegations of corruption within the Chadian government [fr]. On May 8, Topona was arrested and detained, likely in connection with his work. Last month, Jean Laokolé (who wrote using the pseudonym Vourboubé Pierre) was imprisoned and held incommunicado in a secret military prison. He has since been indicted for his work. Some Laokolé’s posts on Makaila Info [fr] dealt with an ongoing inquiry into a network of public funds embezzlement operated by agents of the Ministry of Land Affairs, the former ministerial position of Mr. Padaré.

According to Makaila Nguébla, the network of informants and sources associated with this story in Chad were placed under telephone surveillance after these allegations surfaced. Vision du Tchad surmises that government eavesdropping on the bloggers’ communications and governments searches of their personal communication devices helped unveil Jean Laokolé’s identity, and may have led to Eric Topona’s arrest and Makaila Nguébla’s expulsion from Senegal to Guinea.

These arrests also coincided with an alleged attempt to oust Chadian President Idriss Déby that took place earlier this week in Chad’s capital city of N’Djamena. 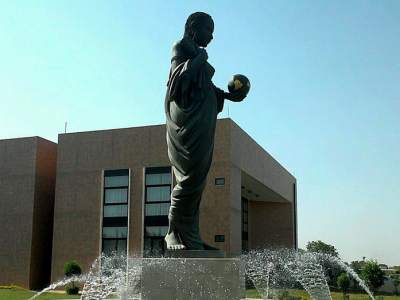 One year without internet in Chad: Citizens have been offline since March 2018 Interview: Chadian Blogger and Journalist Expelled from Senegal to Guinea