A new youth protection law in South Korea, meant to protect children by clamping down on child pornography, is being assailed for its broad language that labels net users who unknowingly download suspicious content and artists who depict children in their work as criminals. One of the law's clauses stipulates that “a [cultural or art] expression that depicts or implies sexual intercourse with ‘a human or an image that can be perceived as underage kids” in any medium is a violation. This includes virtual characters in animation or game.

This law seems not really about punishing those who harass the “real kids”, but about censoring creative works and [cultural] expressions […] Although the characters you draw and depict may not be technically underage, if the characters “appear as underage kids”, you can be a criminal who violated the law. It is totally up to the law-enforcing entity’s deliberate judgement.

The writer also accused the law of having a double standard when it comes to art — some literary works perceived as “serious work of art” can get away with containing similar contents, while popular cartoons cannot.

The law also contradicts freedom of expression. Any character in cartoons, animations, and games which are sold to kids [is subjected to this rule]. This includes 20-something female characters and age-defying elves [if they appear underage]. This has obviously forced authors, publications, and syndication companies to alter their content and it will chill free expression.

South Korea’s Open Net, together with several cartoonist consolidations, released a statement voicing concerns over the abuse of the law. The writer revealed that many of those convicted for violating the law witnessed changes made in their initial written arraignments — meaning police changed some descriptions of the grounds on which they were charged — which would be a serious misstep caused by the ambiguity of the law:

Police investigations, instead of focusing on protecting underage children who are potential victims of sex crimes, were instead determined to demonstrate their seriousness about the law. And police indeed investigated and indicted too much.  Due to this, innocent people, who should not be suspected for violating the law, have unfairly suffered for a long period of time […] Treating a mere depiction of harassment, which were expressed via image and animation, as a real crime against kids is [ridiculous. It is] equivalent to applying the same level of punishment to a content creator who depicts murder as they do to a real murderer […] If they are overzealous in applying this law, content creators who show the villainy of child abuse, murder, or drug abuse can all be labeled as criminals. 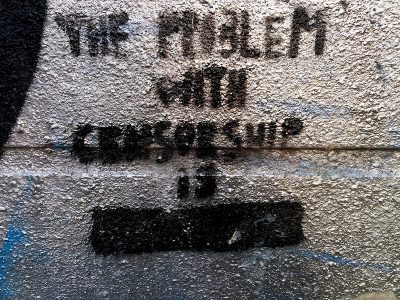