The newly launched Queer Pakistan website was blocked yesterday, coincidentally the same day that Global Voices published an article featuring the site. Homosexuality is legally and religiously condemned in Pakistan, and the goal of the site was to provide a safe space for young lesbian, gay and transsexual Pakistanis to discuss their sexuality anonymously.

In its brief two months of existence, the site attracted both cheers and jeers online for daring to discuss taboo subjects. News reports on Al-Jazeera and on Deutsche Presse-Agentur (DPA) helped boost the site's traffic to 10,000 unique visitors in the past month, with an average visit time of 7 minutes. Both news articles emphasized that Pakistan's web censors are typically hostile to this kind of content, but the Pakistani journalist writing for DPA went as far as requesting a statement from Pakistan's Telecommunication Authority (PTA) about the site at the end of August.

When questioned, a PTA spokesman said the government was “already examining the content of the website” and would block it if they found blasphemous or pornographic content. Alongside quotes from supporters of Queer Pakistan, the journalist also interviewed a religious leader who said, “These practices are completely against Islam. It is the government's duty to control them.” Could this naive search for journalistic balance have sounded the death knell for an otherwise brave initiative? It's common for “keyboard warriors” in Pakistan to alert authorities when they see content they find morally or religiously objectionable so it's likely the site would have been blocked eventually. But alerting the authorities directly for public comment cannot have helped.

When it comes to communicating with the media, digital activists should remember that journalists are not always to be trusted with sensitive information. Too much press coverage can have a negative effect, especially when articles do not highlight the angles that are most beneficial to a cause. Journalists should be free to cover stories as they wish — but activists need to be conscious of the risks that this can bring.

More than once in the past, I've also seen reporters carelessly use real names instead of pseudonyms, which is why I often advise anonymous activists to maintain two fake names instead of one (the second can be offered as a “real” name to anyone who asks, but doesn't really need to know).

For Queer Pakistan, a blocked website is most likely only a bump in the road — the group obviously understands they are pushing the boundaries for what is normally considered permissible in Pakistan. The site's anonymous young founder is mirroring the website at a different domain and claims to be undeterred, saying “We won’t let PTA get away with this without a fight!”

It's official! QueerPK is banned from viewership in Pakistan as of yesterday! We are mirroring the website onto a new domain! Stay tuned 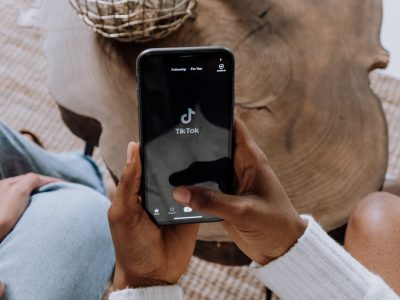