“Censorship doesn't matter, surveillance is the real problem.” This was the subject of a panel at the 4th Arab Bloggers Meeting held in Amman, in January 2014 – it was one of the most exciting panels I have ever been on. I argued against this proposition, countering that censorship does matter and will continue to matter because it violates our fundamental right to free speech. But I also noted that surveillance violates another fundamental human right – the right to privacy.

Throughout my years as a journalist, media researcher and activist, I have seen many colleagues envision a dichotomy between privacy and free speech. But this can often lead to a dead end. These values can and should often co-exist without the need for one to cancel out the other. But occasionally these rights can come into conflict with one another.

Privacy and free speech are merely two of many other universal human rights, which also include the right to education, right to security, right to peace, right to religious practice, etc.

A typical example is the sensationalist news stories where paparazzi abuse their right to speech by publishing nude photos of politicians in their own bedrooms. In this case, the right of privacy is violated by the exercise of free speech. Similarly, it could be argued that the right of free speech has been trumped by the protection of privacy (and security) as demonstrated by the hiding of key information about the NSA surveillance program – information considered a state secret for its alleged role in protecting national security.

But most frequently I find that surveillance ends up becoming a form of censorship. When CCTV cameras are used to monitor user online activities at Internet cafes, users may censor themselves just to ensure they don’t get in trouble. This breach of their privacy stands in direct violation of their right to speak freely.

To me, nothing was more devastating than having the right to express my views taken away from me. It happened when my website YemenPortal.net was censored by the Yemeni authorities in 2008. It was an awful feeling of deprivation of one of my basic rights. I knew that I was only one of millions in Yemen and the Arab world whose rights to free speech have been violated through censorship.

For those living in Western societies where free speech is protected with constitutional guarantees that largely prevent laws abridging free speech, censorship is not that common and so surveillance may be a priority. But for us in the Arab world, I believe we are still struggling to have our voices heard. I cannot accept the idea that the fight has now moved to the area of surveillance and away from free speech. While this may be the case where censorship is limited or non-existent, it is certainly not applicable to many countries living under authoritarian rule.

Privacy and free speech are merely two of many other universal human rights, which also include the right to education, right to security, right to peace, right to religious freedom. If we look back in history, we find that most of the time, the right to free speech preceded the right to privacy. As social animals, humans have depended on their need to communicate and open up to each other to survive and prosper. While the urge to communicate and exchange thoughts has been with us for an awfully long time, the need to have privacy is relatively new. But indeed, it has become increasingly accepted with the growth in populations.

It is unnatural for someone to prefer being in total privacy over being able to speak freely. The notion that free speech is not important as long as privacy is protected is unjustifiable.  After all, in a prison cell somewhere in a deserted area, I have all the privacy I need, but I cannot reach the world to say what I want. We were born free with a desire to speak out freely to express our grievances, needs and desires.

The importance of privacy for both Arab activists and citizens alike ought to be recognized. However, protecting privacy using a purely technologically-driven approach through the use of anonymizing tools such as Tor is not enough. Technology will not solve a problem so entrenched and complex such as surveillance and a technologically deterministic stance in that respect is not helpful – after all, in Arab countries (and many other parts of the world) surveillance is as prevalent in real life as it is online.

Protecting free speech and privacy requires more than microprocessors – it requires humans willing to rise up and change government policies, practices, misguided cultural beliefs, and other more deeply-rooted problems. One should take a more comprehensive approach where free speech and privacy –along with the other fundamental rights – need to be addressed, without comprising one for the other. I know that only by recognizing the complexity of the problem can we rise to the occasion and solve it. 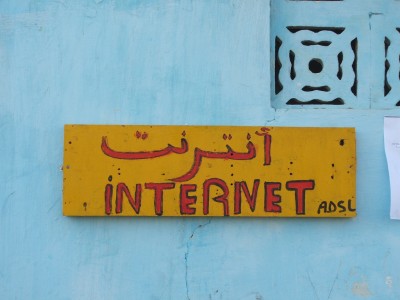