Global Voices Advocacy's Netizen Report offers an international snapshot of challenges, victories, and emerging trends in Internet rights around the world. This week's report begins on the Internet, where people and groups all over the world came together and took a stand against mass surveillance on February 11, #thedaywefightback. Citizens took to the streets and to the web, pushing online campaigns, calling elected representatives, hosting hackathons and organizing public protests — and over 244,000 people signed the Thirteen Principles on International Communications Surveillance, urging governments worldwide to uphold human rights standards when it comes to online privacy.

February 11 was also a great day for potent discussion about the different ways in which surveillance takes shape and affects citizens in different countries. On Advox, Yemeni activist and scholar Walid Al-Saqaf and Iranian-Canadian researcher Mahsa Alimardani each wrote editorials exploring the issue in different countries in the Middle East, where surveillance is often the norm, whether online or in real life. Probing at western digital rights communities’ shift of focus towards surveillance, Al-Saqaf wrote,

I cannot accept the idea that the fight has now moved to the area of surveillance and away from free speech. While this may be the case where censorship is limited or non-existent, it is certainly not applicable to many countries living under authoritarian rule.

Riot police in Turkey used tear gas and water cannons last weekend to break up over 2,000 protesters demonstrating against the country’s new Internet legislation. The new bills, which passed on February 6, will require ISPs to make web user data available to authorities and will allow Turkey’s telecommunications authority to block websites, all without prior court approval.

As if it its views weren’t clear enough already, the Turkish government recently launched an advertising campaign featuring a woman with a bruised face and a caption suggesting that if given too much liberty online, users may come to abuse their freedoms.

Mahir Zeynalov, a journalist for Turkish newspaper Today’s Zaman, has been barred from entering Turkey after posting several tweets viewed as critical of high-level state officials. Zeynalov elected to return to his native Azerbaijan after officials threatened to expel him under an article of Law 5651 that allows for the deportation of foreigners “whose residence in Turkey is considered detrimental to public security and political and administrative requirements.”

Telecom authorities in Venezuela are threatening to fine local media for covering student protests. A series of student demonstrations [es] — over issues ranging from poor conditions in university residence halls to national political reform — intensified this week after several students were arrested on dubious charges of “association” with criminal activity. From Caracas, Global Voices author and attorney Marianne Diaz writes,

As opposition leaders summon rallies around the country, people are expected to turn to social media to learn about the development of the demonstrations, which likely will not be reported on any public or mainstream news platforms.

Three Kazakh bloggers were sentenced to ten days in jail for engaging in “minor hooliganism” after they were excluded from a “blogger luncheon” hosted by the mayor of Almaty, Kazakhstan’s capital. The incident has divided Almaty’s blogging community, some of whom—including the three detained bloggers—have painted the invitees as “corrupt” and “tamed.”

Indonesian Twitter celebrity Benny Handoko was found guilty of defamation and sentenced to a year of probation after he called a former member of the Prosperous Justice Party a crook in a series of tweets.

Facebook’s recent decision to shut down pages belonging to Syrian opposition groups have dealt a blow to activists who had been relying on the social network to communicate and report on the war’s atrocities. Some activists speculate that regime supporters are taking advantage of Facebook’s “Community Standards” that allow users to report on pages they believe are violating the site’s terms of service. While some pages with graphic imagery may in fact violate Terms, some question whether the company's policy should be amended in response to unique situations like this one, where Facebook serves as a vital platform for information and documentation.

Twitter released its fourth transparency report, covering the second half of 2013. The report shows that the total number of user data requests rose by 22 percent compared to the previous report. The company received 1410 requests from 46 countries, most coming from the United States (59%) and Japan (15%), with France and the UK next in line. Twitter did not disclose all information on US government requests under national security laws, including FISA.

Activists in Ukraine are fighting to keep the Euromaidan protest movement alive through web-based projects, social media, and art. Updates on Euromaidan are available at their Public Relations Secretariat page and at Kraplya.com [uk].

European Digital Rights, an association of 35 European digital rights organizations, launched Wepromise.eu, which urges political candidates to sign a “Charter of Digital Rights” promising to uphold a set of principles if elected. In turn, voters promise to elect candidates who sign on to the charter.

The Web We Want, a global campaign supporting digital rights activism around the globe held a cartoon contest to support #TheDayWeFightBack. Seventeen-year-old Paraguayan cartoonist Francisco Javier “Frankiano” Cardozo Baudry won the grand prize with his contribution “Do Not Fear, I care about you,” a multi-frame comic showing how surveillance is affecting every aspect of the lives of young Internet users today. 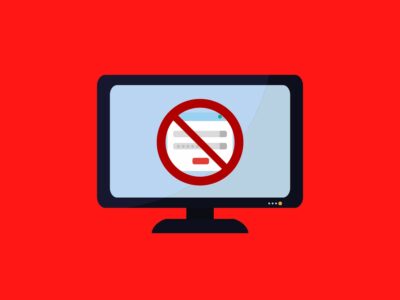