Turkey has blocked Twitter – as well as Google's public DNS service, used to circumvent the block. It seems, however, that the Turkish government's plan to censor dissent has backfired, as tweets coming out from Turkey are on the rise.

The block on Twitter, which reportedly affects some 10 million users in Turkey, follows the publication of documents and recordings allegedly exposing corruption in Prime Minister Recep Tayyip Erdogan's inner circle.

News reports say that Erdogan promised to “wipe out Twitter” adding that he did not care what the international community says.

Erdogan’s clumsy attempt at internet censorship crashed and burned immediately. Turkish youth are sophisticated about using Tor and VPN workarounds, and the Turkish twittersphere was reconstituted so fast it probably made Erdogan’s head spin.

And Turkish researcher Zeynep Tufekci is all smiles that Turkish Twitter users are making their voices heard despite the ban:

A DNS block, followed by a patchy IPS block, then who-knows-what. Turkey is on its way to high tech literacy. Next up, grandmas on Tor.

From Turkey, Engin Onder describes how Turkish Twitter users spread the word on how to circumvent the block:

#twitter blocked in #turkey tonight. folks are painting #google dns numbers onto the posters of the governing party. pic.twitter.com/9vQ7NTgotO 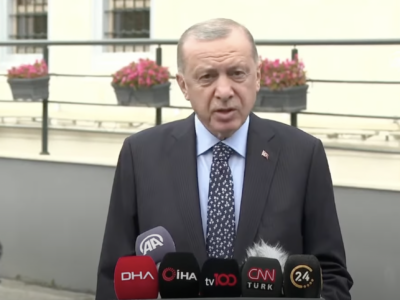 In Turkey, 30 people face investigation over social media posts that ‘insulted the president’