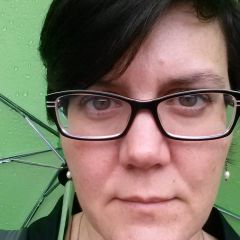 This post was originally published by Social Media Exchange.

On Monday, Twitter released its sixth Transparency Report. Covering the last six months of 2014, the report outlines government and other requests to Twitter for account information “typically in connection with criminal investigations,” content removals, and DMCA takedown notices. The company noted a 40% increase in information requests affecting 48% more accounts over the previous six-month period.

The report is useful for getting a big-picture look at how government authorities and Twitter interact in general, as well as for identifying which governments are experimenting with these processes in particular. But it's worth noting that without greater qualification of the data published, the report's usefulness to users, researchers, journalists, and advocates is limited, especially in the context of regimes that don't adhere to due process and where it's difficult to get this information any other way.

Below we outline the data specific to Arab governments in the report and make some recommendations for how it could be more useful for users in the region.

Five Arab countries appear in the current version of the report—Egypt (1 request), Lebanon (3), Kuwait (1), Saudi Arabia (31), and United Arab Emirates (11)—constituting 47 requests for information on 53 accounts. Accounts include both Twitter and Vine accounts. This represents a 78% decline from the previous period, during which 209 requests were made potentially affecting 225 accounts. (Saudi Arabia was responsible for 189 requests on 195 accounts.) Bahrain, Oman, and Qatar have previously asked for information, which is documented in earlier reports.

Twitter denied all but two requests for information by Arab countries. It produced “some information” to Saudi Arabia in 6% of the kingdom's 31 requests.

Unfortunately, Twitter doesn't offer details about the types of requests or the legal justification provided. It would be instructive for users of their platform to know what the grounds for information requests are, even if only in broad categories such as national security, cybersecurity, human trafficking, or restricted speech. There seems to be some precedent for this in Twitter's own analysis of Content Removal requests made by Germany, Russia, and Turkey.

Having additional insight about information requests from Arab governments, as well as naming the government or law enforcement agencies submitting those requests, would help shine some light onto very opaque actions of Arab governments.

To date, the only disaggregation offered for information requests is between non-emergency and emergency disclosure requests. Twitter marks with an asterisk the number of requests from countries that “have submitted emergency requests only.”

An emergency disclosure request, according to Twitter's Guidelines for Law Enforcement, is evaluated “on a case-by case basis in compliance with relevant U.S. law” and should “provide us with a good faith belief that there is an exigent emergency involving the danger of death or serious physical injury to a person…” Only a law enforcement or government officer can make such a request, which must be submitted on official letterhead.

In the second half of 2014, Twitter granted some information on the basis of emergency disclosure to the governments of Australia (5 requests), Norway (1 request), and, as mentioned before, Saudi Arabia (2 requests). No explanation is given as to what kinds of emergencies were claimed or how the decisions were made. While Twitter says it contacts users to let them know their accounts are the object of requests when legally possible, no data is given on how many users have been contacted or whether the users have had any input into the final determination of whether it's an emergency or not.

Egypt, Lebanon, and Saudi Arabia apparently considered all their requests as constituting “an exigent emergency involving the danger of death or serious physical injury to a person” though in all but the two Saudi cases, Twitter didn't agree. Kuwait and the United Arab Emirates submitted non-emergency information requests. The UAE may have submitted some emergency requests, but Twitter only asterisks countries who submit emergency disclosure requests exclusively, so we can't be sure.

Kuwait made two content removal requests affecting two accounts. Neither request was supported by a court order nor granted by Twitter. While no other Arab country made a content removal request during this period, the United Arab Emirates has done so before. Again, it would be useful to know what the basis for these requests are to help citizens and others better understand the kinds of content that motivate their government to such action. (Do you think content has been withheld in your country?)

Lebanon made 3 emergency disclosure requests. Twitter complied with none of them.

Again, the transparency reports that Twitter and other companies produce are a good thing. It's better to know that Lebanon has requested account information for three users than not to know. But in the context of Arab regimes and their history of abuse of rights and the legal processes meant to protect those rights, they don't go far enough.

Users need to know which agencies are asking and on what grounds. In Lebanon's case, for example, are these requests coming from the President's office, the Prosecutor General, or the Cybercrime Unit? Is there coordination among them? Without any guarantee of access to information in the country, there's no sure way to know.

Similarly, if Twitter is adhering to local laws, users should know which local laws are being invoked, both to collect the data and in the cases to which they are related.

In most cases this information is not accessible in any other way—maybe not even tracked—from the governments themselves, given the lack of access to information laws, so one of the only methods of gathering information needed to triangulate government behavior is from third parties like Twitter and other companies, extranational organizations, initiatives like Ranking Digital Rights, and other external data.

With so little information about what the requests contain and how they are justified, it's difficult to make guesses let alone draw conclusions about the behavior of these governments and their motivations — information that's desperately needed to hold them to account.