This week’s report begins in Macedonia, where newly leaked audio recordings indicate that the country’s intelligence services have been illegally wiretapping more than 20,000 citizens for over three years. Opposition leaders who revealed the recordings claim that government employees, opposition members, journalists, editors, and foreign diplomatic representatives have all been targeted in this mass surveillance operation.

Since mid-February, opposition leader Zoran Zaev and representatives of his Social-Democratic Party have held weekly press conferences during which they leak new excerpts from what they claim is a vast cache of surveillance tapes allegedly collected at the behest of Prime Minister Nikola Gruevski. These conversations are then published in full on the party’s YouTube channel. Apart from evidencing government surveillance practices, the tapes have revealed broad scale corruption of public officials and election fraud.

The revelations are emerging at a critical moment for Macedonia, where university students and freelance workers have been demonstrating en masse to demand reforms to the country’s stringent tax codes, which have left many young people without work. At 30%, the central European nation of two million people has the highest unemployment rate in Europe.

Local bloggers and advocates report that government officials are threatening media outlets who embed the audio files in their reporting with criminal lawsuits, so it is not surprising that very few online media have posted audio files or transcripts of the leaked conversations. Blogger Jane Gjorgjioski described media coverage of the situation as “pitiful”:

Coverage of the “occupation,” which includes thousands student participants, by the media—the TV stations with national coverage, and especially by the Public Service Macedonian Television (MTV)—is nonexistent or, mildly said, pitiful.

Myanmar journalist Aung Nay Myo was arrested in connection with a Facebook post satirizing hostilities between government forces and an ethnic rebel group in northeast Myanmar. He was released three days later and has not been charged. Following his arrest, Aung Nay Myo accused police of changing the password to his account and posting messages purported to be from him. The message in question apologized for his earlier post and was deleted later in the day. Journalists from Myanmar’s northern regions issued an open letter to President Thein Sein calling Aung Nay Myo’s detention an injustice and claiming it would frighten other social network users.

WhatsApp is still on in Brazil, for now

A Brazilian municipal judge in the city of Teresina ordered Internet service providers and mobile networks to suspend messaging services on WhatsApp, claiming that the U.S.-based entity (owned by Facebook) refused to comply with police investigations into crimes involving children and teenagers. A state judge quickly overturned the order on appeal, but the case still illustrates some concerning interpretations of the recently passed Marco Civil legislation, commonly referred to as a “Bill of Rights” for the Internet in Brazil. According to the head of Teresina’s police branch for the protection of children, the ruling was based on provisions in the Marco Civil, a claim that several Internet law experts dispute.

India’s home minister banned the broadcast of the documentary India’s Daughter, about a 2012 gang rape in Delhi. The restraining order issued against the film also bans websites from uploading or posting the interview, and the government requested YouTube remove the documentary from its site. According to Google spokesman Gaurav Bhaskar, Google complied with the order and blocked access to the links upon request.

The documentary includes an interview with the perpetrator, Mukesh Singh, who made “offensive, insulting remarks against women, causing harassment and disrepute,” according to Delhi police. The ban has led to a heated debate among Indian activists and intellectuals. Some fear the film could turn “a rapist into the Twitter celebrity of the day,” while others felt that it “must be made compulsory viewing in our schools, colleges, and government offices.” Filmmaker Leslee Udwin called the ban a “flouting of a basic right of freedom of speech.”

Tor under pressure in Iran

In Iran, the number of people using technical circumvention tool Tor surged and then dropped abruptly on February 24, reaching a high of 40,000 users and then sinking to 32,000. Iranian researcher Nariman Gharib told Vice this is indicative of improved censorship capabilities. The Iranian government has blocked Tor on numerous occasions in the past, including in 2011, 2012, and 2014. In 2011 it used a filter rule in its border routers to ban access to the network, but a quick fix from the Tor Project brought it back online within the day.

Portuguese journalist Rui Cruz, the founder and editor of the news and transparency site TugaLeaks, was arrested for his coverage of hacks allegedly conducted by Anonymous. According to local police official Carlos Cabreiro, TugaLeaks “divulged information about cyber-criminal practices” and is alleged to have “supported” hacking by posting information about hacks into the Bank of Portugal, the public prosecutor’s office, and the national electrical utility. A hack into the commission that issues press cards to journalists also resulted in the publication of personal data belonging to prosecutors and journalists online. Cruz has been released on the condition that he report to the police every two weeks. He’s also been banned from going online.

A vote on a bill that would order local ISPs in Paraguay to store metadata on its users’ traffic for a 12-month period was postponed until March 12. The bill has been described as creating a gang of “pyrawebs”—a reference to the “pyragues,” who were informers charged with monitoring civilians during the 1954-1989 dictatorship of Alfredo Stroessner. While Paraguay enacted strong legal protections against surveillance in its constitution after the fall of the dictatorship, it lacks a personal data protection law that would provide citizens recourse against the data collected on them. The bill has been hotly discussed by netizens online using the #Pyrawebs hashtag and at the Pyrawebs site.

Last year, the University of Toronto’s Citizen Lab released a concerning report documenting the surveillance of journalists at Washington, DC, offices of the Ethiopian Satellite Television Service (ESAT). New research indicates that the same attacker has again targeted ESAT journalists, once again using spyware developed by the private, Milan-based company Hacking Team. This time around, surveillance patterns have been definitively traced to Ethiopia, likely implicating the Ethiopian Network Security Agency. An independent, donor-funded news service based in the Netherlands, with strong ties to the Ethiopian diaspora, ESAT has been accused by the Ethiopian government of engaging in terrorism. The government appears to have taken things further this time by using surveillance tools to track ESAT’s sources inside of Ethiopia.

The Kiwis are doing it too

The Intercept published new Snowden documents confirming that New Zealand’s Government Communications Security Bureau has spied on its neighbors and shares the communications it intercepts with the US National Security Agency, along with the UK, Australia, and Canada. New Zealand’s strategic position in the Asia-Pacific region makes it a particularly important surveillance partner to the US and other nations, as it provides intelligence concerning trade partners such as Fiji, Papua New Guinea, the Solomon Islands, and French Polynesia.

Can German providers succeed in push for better privacy?

Der Spiegel reported that Germany’s justice and interior ministries are developing a new plan for mass data retention, provoking an outcry among political parties and activists. At the same time, two of the country’s biggest email providers, Deutsche Telekom and United Internet, are rolling out a new browser plugin next month that will make PGP email encryption technology easier to use. 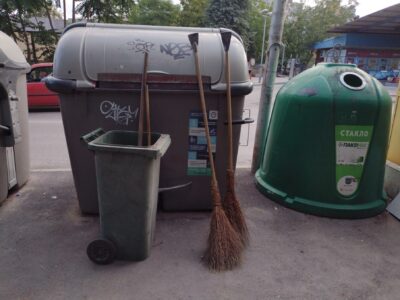 Albania  4 May 2022
END_OF_DOCUMENT_TOKEN_TO_BE_REPLACED
Cancel this reply