Why Is the Internet So Much Slower and More Expensive in Mali Than in Senegal or Côte d'Ivoire? Poster from the 100megaMali campaign. Used with permission

100Mega Mali, an initiative of Mali’s information and communications technology sector, is striving to push Mali’s Internet connection speeds up and prices down.

Since its launch on 27 April 2015, the #Mali100mega hashtag has gained a significant following on Mali’s Twittersphere. It was first used by Malian tech entrepreneurs, activists and bloggers to demand a “dramatic improvement in Internet speed and price”, explains Tiadiane Ball, blogger and creator of the malisanté.com start-up and the Donilab coworking space.

The campaign began with a spoof advertisement offering reduced Internet connection prices and improved connection speeds. The spoof parodied ads previously run by Orange Mali, Mali’s dominant Internet provider. It offered a speed of 2 megabits per second (Mgps) at a price of 29,000 CFA francs (about 50 US dollars) per month to probe the reactions of Mali’s Internet users. While Malians did not fall for the trap, the expat community hastily welcomed what they saw as the end of Mali’s online slog.

From its very launch, the www.100mega.ml site gave details of the ordeal faced by web users in Mali, which currently has only two Internet service providers. The site sets out charts and graphs that show figures and prices for Orange Mali, which holds the vast majority of the Malian market, and for another provider called Malitel. These figures show that Orange actually has not increased its connection speed at all since 2009. There is also a staggering difference between the rates offered by Orange in Mali, on the one hand, and in Senegal and the Côte d’Ivoire on the other. Renaud Gaudin, an IT specialist at Jokkolabs Bamako, asserts in a post on Facebook:

There is no way that we, the entrepreneurs of the ICT and the tech sectors, can meet the innovation challenge as compared to Dakar or Abidjan with the prices and the ridiculous 384 bits per second (bps) speed for which Orange Mali is charging us so dearly. Since 2008, Mali’s telecommunications regulator, the Malian National Authority on Information Technology and Communication (AMRTP), has been led by Choguel Kokala Maiga – the current minister for communications and the digital economy. While the AMRTP has been fiercely criticised over its inaction in this area, the minister’s Twitter account has stayed silent, despite the many tweets and mentions it has received about the issue.

The #Mali100mega hashtag brought together the creators of the Jokkolabs Bamako start-up, the creators of the Donilab co-working space and, indeed, the entire Malian blogosphere. Their motivation for subscribing to the hashtag has a pragmatic dimension – Mali’s price and speed has prevented them from carrying out their own ICT projects and so they have joined together to speak out.

The movement, however, is not simply about a bunch of tech-heads trying to get their projects up and running. They made a short series to explain the movement's broader purpose, which is not limited to the 100megaMali campaign or to raising awareness about price discrepancies between Orange Mali and operators from the region's other countries. The movement means to challenge the ineptitude of Mali’s tech-sector regulators.

Given the growing public discontent, Orange Mali responded by inviting the movement’s leaders to a meeting held on 7 May this year. Unfortunately, the meeting did not result in any meaningful changes. Orange Mali detailed their arguments to explain the slow Internet speed, blaming the AMRTP (for not granting them access to some radio frequencies that could help unclog the traffic). However, Orange Mali remained silent on the reasons for the high pricing of their Internet package offers. Renaud Gaudin adds:

Not having succeeded thus far in obtaining lower prices for their groups, Jokkolabs and Donilab announced that they will have to shut down their operations. The fight for fair Internet pricing now continues on Malian’s social networks. You can use the #Mali100mega hashtag to join the campaign or to support it. The Internet is vital for Mali’s digital users, for its tech entrepreneurs and for its activists and bloggers who teach and distribute information online.

The Internet in Mali as it is now does not allow many people to carry out their online ventures. It is only thanks to lots of effort and sacrifice that some Malian IT entrepreneurs are able to stay afloat and get things done. 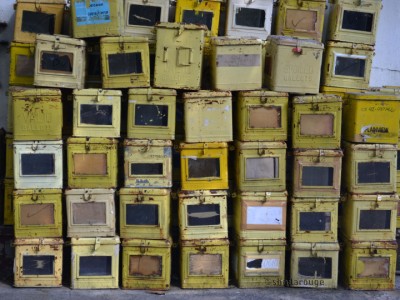