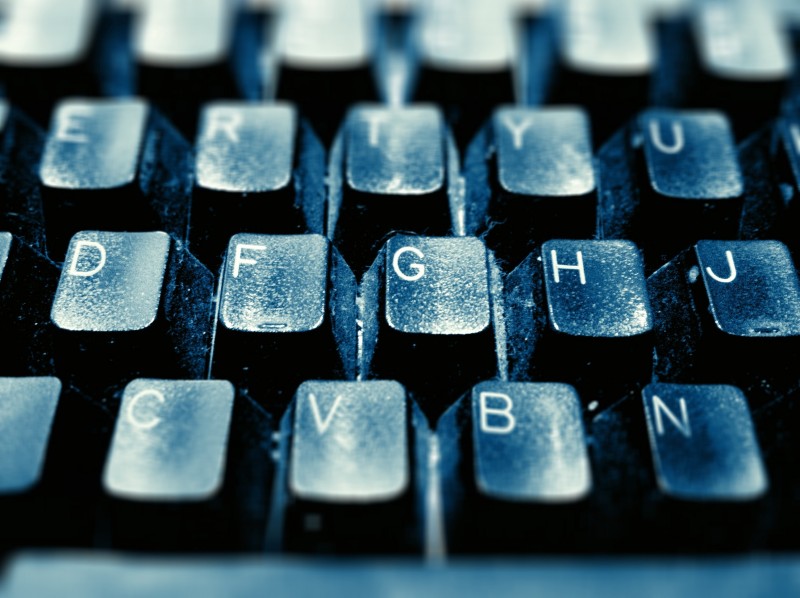 Computer keyboard by Marcie Casas on Flickr. Used under (CC BY 2.0)

The Committee to Protect Journalists, along with 40 human rights and press freedom groups, has called on Bahraini authorities to release imprisoned blogger Abduljalil Alsingace. Alsingace has been on hunger strike since 21 March 2015. He is serving a life sentence for taking part in anti-government protests in 2011.

Police arrested pharmacist Islam al-Menshawy for criticizing the hepatitis C drug Sovaldi on Facebook. Al-Menshawi said that some patients taking Sovaldi were suffering from negative side effects, and that the Ministry of Health bought the drug from the US, even though the Food and Drug Administration has not finished testing it on hepatitis c genotype 4, the most common strain in Egypt. He stands accused of spreading false information on Facebook and disturbing public peace.

On 26 August, the Administrative Court rejected a lawsuit to block Facebook. The lawsuit was filed by lawyer Mahmoud Goueily, who argued that the social networking site is unregulated, threatens the security of Egypt, and is used to spread rumors.

A court in Cairo released Yahya Khalaf, the director of the news site Yaqeen News Network after ordering him to pay a fine of 10,000 Egyptian pounds. Khakaf was arrested during a police raid against the network’s offices in July.

On 5 September, authorities arrested the owner of the Twitter account @Kabret1, which has 121 followers. The user, who has not been identified by local media, has been using the account to criticize the country’s government and officials. He stands accused of insulting public figures including the country’s ruler, and undermining security.

After having trouble accessing mobile networks during the #youstink protests in downtown Beirut on 22 August, SMEX launched a petition requesting that Alfa and Touch, Lebanon’s two mobile network operators, boost coverage in downtown for the planned 29 August protest, which was expected to bring tens of thousands to Martyr’s Square. It looks like the effort worked: Alfa and Touch sent two mobile installations supporting the internet connection to Martyr’s Square on the evening before the protest, during which more than 50,000 people demonstrated against the garbage crisis, corruption, and the sectarian system.

LBC has released a video report on internet freedom setbacks in Lebanon.

On 20 August, the cabinet adopted two draft laws on cybercrime, and on the Mauritanian information society. In a blog post, blogger and activist Ahmed Ould Jedou lists what he describes as the dangerous, vague, and disastrous provisions of the legislation. Article 11 states the aim of the information society law as regulating the cyberspace in accordance with “morality,” while article 21 punishes “insults” by up to seven years in jail.

On 5 September, police arrested Abdelghafour Tarhouchi, editor of the local news site freerif.com, over a document he published that was supposedly leaked from the Interior Ministry. In it, the ministry is ordering its “cooperators” to “carry out plans” for the local elections in the Rif region, according to Morocco’s Alt Presse. Though the document had already been shared on social media, when Tarhouchi posted it to Facebook, police arrested him and confiscated his electronic devices. He was released few hours later.

On 25 August, Samad Ayach from the Moroccan Association for Investigative Journalism (AMJI) was prevented by authorities at Casablanca airport from boarding a plane to Tunis. Earlier that month, Ayach had been interrogated by police over trainings on the use of Free Press Unlimited’s StoryMaker App. His colleague Hicham Mansouri is spending a 10-month prison term for what local and international press freedom groups believe to be trumped up adultery charges.

During campaigning for September’s local elections, mobile phone subscribers reported receiving e-mails and SMSes from candidates, despite the fact that they never opted in for such messages.

The first Digital Rights Campaign was launched by the Palestinian Center for Development of Media Freedoms (MADA). The campaign includes a 3-day workshop aimed at journalists and media students that was held during the month of August. The workshop focused on training the participants on social media campaigns, highlighting human rights in the digital era and the right to Internet access. The campaign will continue to conduct further events promoting digital rights in Palestine.

Gazans are increasingly using Whatsapp to stay updated with current events and news. According to Al-Monitor, 17 media outlets are using Whatsapp as a tool to spread news.

On September 11, the Raif Badawi Foundation for Freedom was launched by family members and friends. The foundation seeks to freedom of expression in the Arab region. Badawi is serving a ten year jail term for criticizing the kingdom’s religious clerics on his blog.

On 10 September, Reporters Without Borders (RSF) called on the Saudi authorities to released blogger Alaa Brinji held without trial for the past 16 months. A journalist with the local online media outlet Al Sharq, Brinji was arrested on 13 May 2014 on returning from Bahrain with his family. He has been in prison ever since without any formal charges. According to RSF, his arrest was prompted by his comments about religious fatwas on a Facebook page that he created and then deleted for fear of reprisals. The Arabic Network for Human Rights Information (ANHRI) however, stated that he was arrested for posting comments critical of the counter-terrorism law to Facebook.

Waleed al-Hussein al-Dood, journalist and founder of the news site Al-Rakoba, has been detained for more than a month without charge in a jail in the city of Dammam, Saudi Arabia. Al-Dood could face deportation to Sudan, where he is at risk of abuse and arrest by security forces. His website, which has been blocked by Sudanese authorities on several occasions, is critical of the government and covers corruption as well as human rights violations.

On 31 August, the anti-terrorism court in Damascus ruled that Mazen Darwish—founder of the Syrian Centre for Media and Freedom of Expression (SCM)—and four of his colleagues are covered by a general political amnesty issued by the Syrian government in June 2014. As a result, Darwish and his colleagues are now cleared of the accusation of “spreading terrorist activities” in relation to their human rights activities, including the monitoring of online news and the publication of human rights reports.

Writing for the collective blog Nawaat, net freedom advocate Dhouha Ben Youssef, analyzes loopholes in the new counter-terrorism law adopted by the parliament on 25 July, including threats to privacy and access to information rights, and the exclusion of the country’s personal data protection authority from a counter-terrorism commission.