Netizen Report: Will Brazil Give Up On Defending Digital Rights? 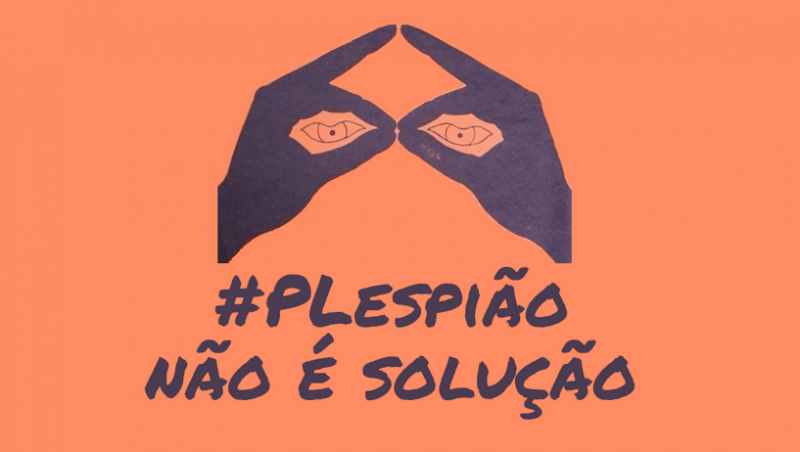 Brazil’s lower house of Congress is considering a bill that would double penalties for libel and defamatory speech when they occur online, and dissolve protections for communications privacy in criminal investigations.

The bill has a long way to go before it can reach the desk of President Dilma Rousseff—it needs committee and plenary approval in the lower house, in addition to Senate approval. But if enacted, it would dismantle privacy protections in the Marco Civil (Brazil’s so-called “Bill of Rights for the Internet”) by allowing prosecutors in a criminal case to request users’ personal data, including the content of private messages, without first obtaining approval from a judge. It would also “update” Brazil’s penal code by simply adding the words “social media” to a list of crimes defined as libel and doubling resulting penalties for violations, plus allowing claimants to request the permanent removal of online content that they could prove was harmful to their honor. The bill justifies these changes pointing to the “devastating” effects of libelous speech when spread through social media.

But history just might be on the side of human rights here. Civil liberties advocates have nicknamed this the “spy bill” (#PLEspiao) or the “digital AI-5,” calling up memories of AI-5, a decree issued in 1968 during Brazil’s military dictatorship that severely restricted freedom of assembly and expression. Online campaigns against the amendments have flourished and appear to have helped delay a vote on the bill that was scheduled to take place last week, but has now been postponed. A public hearing on the matter took place on September 29, and another vote has been tentatively scheduled for October 1.

The Beta Institute for Internet and Democracy, a Brazilian organization, argues in an article for HuffPo’s Brasil Post that there must be better ways to deal with crimes committed on the Internet:

The Center for Technology and Society at the Getulio Vargas Foundation, Brazil’s premier social sciences university, called the bill unconstitutional. “Who does this project benefit? Public interest as a whole or those who want to shield themselves from public scrutiny?”

Ecuadorean President Rafael Correa is asserting the right to be forgotten — but only for himself. Using millions of dollars in public funds, Correa hired a Mexican company to remove critical information about him and his wife from the Internet, including a documentary by filmmaker Santiago Villa, an electoral broadcast from a rival politician, and even a report on a jailbreak from an Ecuadorean prison, according to records obtained by BuzzFeed. The news adds to the growing list of roadblocks that Correa’s administration has put up against freedom of expression in the country: Just two weeks ago we reported on the closure of media freedom group Fundamedios, and in August the Hacking Team leaks revealed the aggressive investment by the Ecuador government in malware and pro-government trolls.

The Zone9 bloggers are not alone among Ethiopians charged under the Anti-Terrorism Proclamation for alleged offenses such as online activism and pursuing training in digital security tools. Three citizens, Zelalem Workagenegu, Yonatan Wolde and Bahiru Degu, whose cases only recently became public, were detained July 8, 2014 for applying to attend an online security training. Like the Zone9ers, their hearings have been delayed multiple times. They are next expected to appear in court between November 7-9 of this year.

Prominent technology blogger Arash Zad was detained by the Iranian Revolutionary Guard at the end of July. The details of his arrest remain unclear, and it has been recognized as an arbitrary arrest by human rights organizations. Zad is well-known as an innovator and tech entrepreneur in Iran, and founded the tech start-up Zig Zag Labs, a UN Youth Award-winning company aimed at encouraging Iranian women to enter the field of technology and entrepreneurship.

Jailed activist and artist Atena Farghadani began a hunger strike in September to protest verbal abuse by prison staff. Farghadani’s mother Eshrat Ardestani has said she requires urgent medical care, and has also developed signs of lymphatic disease during her imprisonment. “Atena has lost everything as a young university honor student in prison. She has nothing more to lose. All this psychological torture against a young imprisoned girl is unnecessary,” her mother said.

On Thursday, October 1, France’s National Assembly will vote a new international surveillance bill that would amend a law passed last summer, in the wake of the Charlie Hebdo attack, that vastly increased the powers of French intelligence authorities to monitor and record electronic communications in the name of national security. The amendment will furnish the current law to allow for more pervasive surveillance of transnational and global communications through submarine Internet cables. Civil liberties advocacy groups including European Digital Rights and La Quadrature du Net are sounding the alarm with analysis and an open letter opposing the bill, signed by civil society groups around the world.

The EU Court of Justice is currently hearing the case of Max Schrems, an Austrian citizen and activist who has taken Irish data protection authorities to court in an effort to illustrate the undercutting of EU data protection laws by US companies like Facebook and Google. He criticizes the “mass, indiscriminate surveillance” practices of the NSA, whose ability to collect private user data within the US undermines the privacy offerings that companies like Google and Facebook make to their EU customers, who enjoy greater data protection guarantees than US residents.

While the Court has yet to make a decision on the matter, it could drastically change the nature and frequency of data transfers between the EU the the United States—a potentially crippling outcome for the US tech industry, and a critical powershift in global battles over the information privacy rights of Internet users.