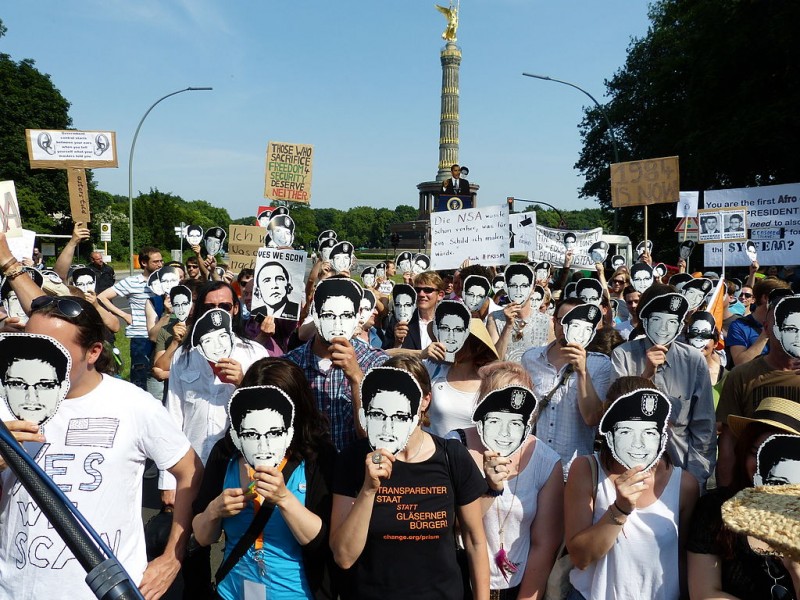 The US and EU Internet industries are still reeling from the recent strikedown of Safe Harbor provisions between the EU and US, which facilitated the transfer of data between Europe and the US, despite the higher standards for privacy required in the EU.

The EU Court of Justice struck down the agreement in early October, expressing concern that US government surveillance as illustrated by the Snowden revelations rendered any safeguards instituted by US firms inadequate if not entirely moot. US companies are beginning to institute back-up plans, with some creating new data centers in the EU and others seeking to modify their systems at home.

…privacy rights cannot endure if they change every time data moves from one location to another. Individuals should not lose their fundamental rights simply because their personal information crosses a border.

The proposal stipulates that people’s legal rights must move with their data — so the US would only demand access to information coming from Europe in compliance with EU law. It also suggests that governments on both sides should only seek access to data by requesting it from the companies themselves, rather than spying on or hacking into companies’ systems.

The proposal does not address the thorny issue of the privacy rights of people who reside in Europe but hold citizenship in a third country. Like much commentary on the ruling, it seems limited to data belonging to “Europeans”, which could mean EU citizens or residents, but might not extend to people who are simply in the EU without official status of any kind. In light of the ongoing refugee crisis in the region, the question of to whom, precisely, the ruling will apply, may merit greater attention.

Cuban artist and blogger released after 10 months in prison

The Cuban street artist and political blogger Danilo Maldonado Machado, known to many as “El Sexto” (“the Sixth”), was released from prison October 20 after being held for nearly 10 months without charge. He was detained December 25, 2014 ,when he painted the names of Raúl and Fidel Castro on the sides of two pigs; he had planned to release them in a public park in Havana as an incendiary act of artistic expression. Amnesty International considered him a prisoner of conscience, and a large campaign to #FreeElSexto, now celebrating the artist’s release, was organized in response.

Ukraine’s Interior Minister announced plans to establish a registry of websites blocked for distributing “forbidden content.” Websites featuring pirated content violating copyright, child pornography, malware and viruses, and phishing content will be listed on the registry, though it’s unclear how such a blacklist would be instituted or whether court approval would be required to block a site.

Bahraini activist and mother faces prison for insulting the king

Zainab Al-Khawaja was sentenced by the Bahrain Court of Appeal to a year in prison for insulting the king of the wealthy Gulf nation and served a fine of roughly USD 8000. Zainab is the sister of internationally recognized Bahraini human rights defender Maryam Al-Khawaja, who serves as acting president of the Bahrain Centre for Human Rights.

The German Parliament passed a new data retention law requiring Internet and telecommunications companies to store their users’ metadata, including phone numbers, date and time of phone calls and text messages, location data, and IP addresses—and make it available to law enforcement agencies when they investigate “severe crimes.” The bill looks marginally more protective of Germans’ privacy than a 2010 data retention law that was struck down by Germany’s constitutional court. This version excludes the content of communications, reduces the retention period from six months to 10 weeks, and requires that data be encrypted and stored in Germany. The bill still must pass the parliament’s upper house and be signed by the German president before it becomes law.

Netizens from around the world marked the one-year anniversary of the imprisonment of Alaa Abd El Fattah, an icon of the Egyptian revolution who was given a five-year prison sentence for allegedly taking part in a protest, “assaulting a policeman and stealing his walkie talkie.” Abd El Fattah has been jailed under each of Egypt’s governments since (and including) the regime of Hosni Mubarak. To express their support for Alaa, allies changed their avatars to an infamous image of him and tweeted about his case and work as a human rights advocate throughout the day on October 27. In Cairo, Alaa’s family took the protest to the streets, standing in front of the Ittihadeya Presidential Palace to protest his imprisonment.

Ethiopia’s Zone9 bloggers, who were acquitted of terrorism charges and released from prison last week after spending 18 months behind bars, reflected on their experience in an article on Global Voices. They wrote:

Our detention tells a broader story of our country. We were able to witness the price of freedom of expression is dearly expensive. We are firsthand witnesses of injustice. More than anything, we have learned that a nation which is rampant with injustice is the foremost enemy of its law abiding citizens.

The bloggers also expressed their thanks for the support of their friends, family, media organizations, rights groups, and the community who showed solidarity for their cause.