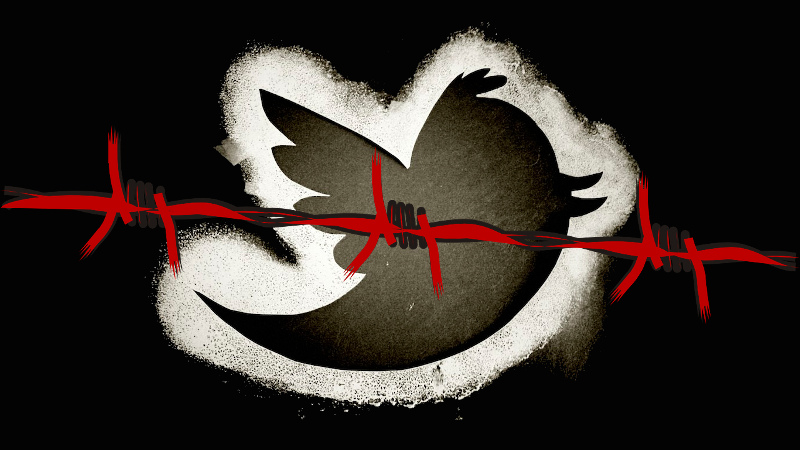 Russia's Internet watchdog Roscomnadzor is demanding that microblogging service Twitter store its Russian users’ personal data on servers inside Russia. The demand is based on the recently introduced data localization law that came into force at the start of September.

The new demand marks a turn in the censor's policy towards the microblogging website, as previously Roscomnadzor had said Twitter was exempt from the norms of the law. On July 17, 2015 Alexander Zharov, the head of Roscomnadzor, told the press that federal censors didn't consider the kind of user data Twitter collects to be “personal information.”

But now the regulator says Twitter has made changes in their terms of service about information gathered from users and storing said information, so the exemption no longer applies. Roscomnadzor said they were also approaching Facebook over similar changes in their policies.

“They changed their user agreement some months ago. And if you read that, people must provide a set of metadata, which in our understanding as a whole counts as personal data and [makes it possible] to identify an individual,” the regulator's chief Alexander Zharov said, as quoted in the Financial Times. Twitter representatives have declined to comment on the matter.

The data localization law mandates that Internet businesses with Russian users who accumulate their “personal information” must store this data on servers within Russian territory, but the definition of what is considered “personal information” or which users qualify as “Russian” in the law is rather vague. Roscomnadzor has the power to block or fine the companies that don't comply with the law. Those who support the new legislation believe it will help protect the RuNet users’ data and strengthen national security, whereas critics of the move view it as part of the Kremlin's increasing desire to control the Internet.

According to Zharov, there are roughly 2.6 million companies in the world that store the kind of user data identified by Russia’s new law. Businesses on this list include AliExpress, Booking.com, Uber, PayPal, Samsung, and Lenovo—all of which have agreed to buy or rent servers inside Russia, Roskomnadzor claims.

Roscomnadzor has vowed to inspect 317 Internet businesses, both Russian and international, before the end of 2015, but said that Google and Facebook would not be among them. Most recently, the Russian Internet watchdog announced it would start inspecting social networks for adherence to the data localization law in 2016, along with financial Internet businesses and online shopping websites. Zharov said the inspections would be “as public as possible” and promised that a list of the companies subject to these inspections would be made available in December this year.

Given their sizeable Russian user base, compliance with the data localization law could be an issue for both Twitter and Facebook. On the other hand, since neither social network asks their users for proof of citizenship, it would be difficult for them to determine which of their users should be designated as “Russian.” Whether Roscomnadzor would go as far as blocking Twitter or Facebook in their entirety in Russia, should they defy the demands of the law, remains unclear.