After a Year Behind Bars, Journalist Khadija Ismayilova of Azerbaijan is Fearless 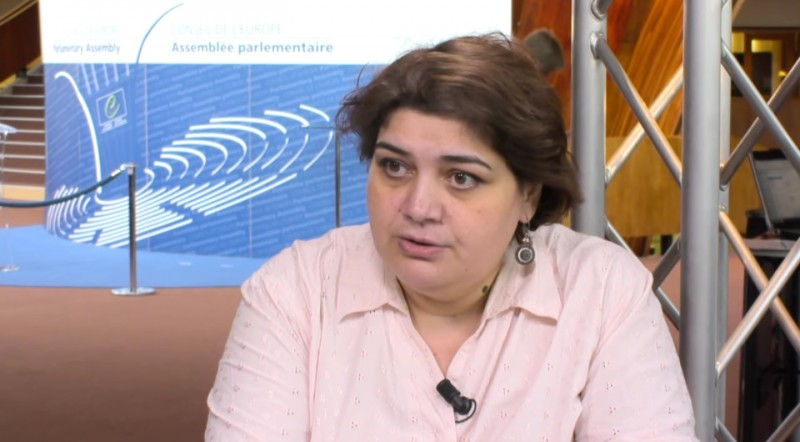 2014 Interview with Khadija Ismayilova published by the Council of Europe's video channel.

Ismayilova [also known as Ismayil] was arrested originally on a charge of inciting another person to commit suicide. However, the former colleague of Ismayilova's who filed the charge withdrew his complaint months later, citing his own “psychological problems.”

Nevertheless, Ismayilova remained behind bars. In February 2015, Azerbaijan's state prosecutor issued a series of additional charges including embezzlement, tax evasion, conducting illegal business and abuse of power. Khadija was sentenced to seven years and six months in prison based on the new charges.

Global Voices wrote this report shortly after her sentencing:

If Ismayilova is incarcerated, she will be Azerbaijan’s most globally famous political prisoner. She has received numerous international journalism awards and recognition for her investigations into corruption in the country.

A year on, Ismayilova has become more famous as a result of her incarceration, with awards pouring in as international advocacy groups use her case to highlight the rapidly deteriorating human rights situation in Azerbaijan. 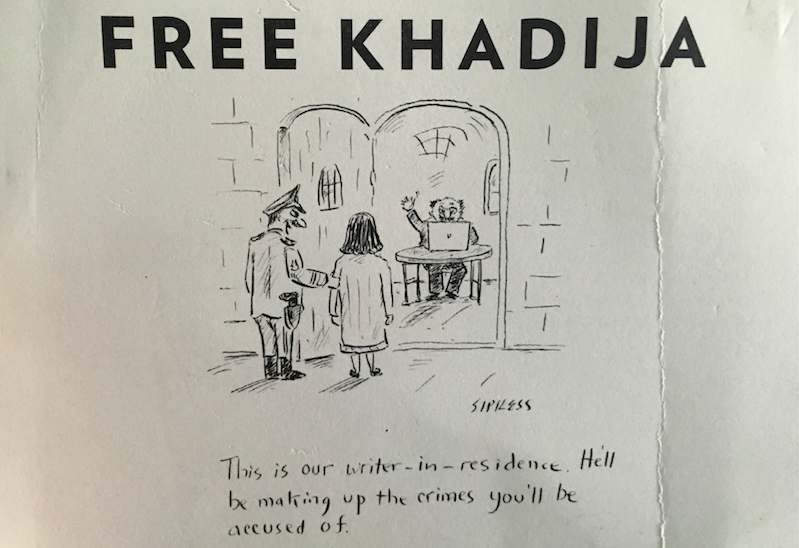 Since her arrest Ismayilova has won the John Aubuchon Press Freedom Award from the US-based National Press Club (NPC), PEN American Barbara Goldsmith Freedom to Write award, Human Rights Watch’s Alison Des Forge Award and most recently the “Holme of the Year” award of a distinguished Swedish liberal newspaper. She was also included in Foreign Policy magazine as a Leading Global Thinker of 2015 and was among three writers mentioned by PEN International’s “Imprisoned Writers” list.

She has also continued to expose mistreatment and rights abuses while in prison. During one of her hearings, she passed a message to her colleagues about the mistreatment of underage detainees at the Kurdakhani pretrial detention facility where she was being held before her transfer to the women's prison colony No.4 in Baku on November 27. She also used her incarceration as an opportunity to highlight the meager daily food rations in state jails, prompting immediate action on behalf of the prison's management. Shortly after this report, prison food significantly improved.

Moreover, the investigative stories exposing corruption in the upper echelons of the Azerbaijan government for which Ismayilova became famous have continued without her thanks to the vast network of colleagues who have continued her work.

Days after her sentence, Khadija sent the following message from prison:

If they ask me how I feel about the sentence “It is worth it!” I am jailed because of truth. And the right of people to free and prosperous life, and to know the truth is worth much more. What is a 7 1/2 year sentence? It does not frighten me. You should not be scared either. I am so much wealthier than all the corrupt men and women I have written about. Because I have values for which I am ready to even sacrifice my life.

In the meantime the following tweet from President Ilham Aliyev suggests it is business as usual in one of the former Soviet space's most corrupt dictatorships:

#Azerbaijan is about to complete 2015 with very good results. In 2016, all our planned programs will be implemented.