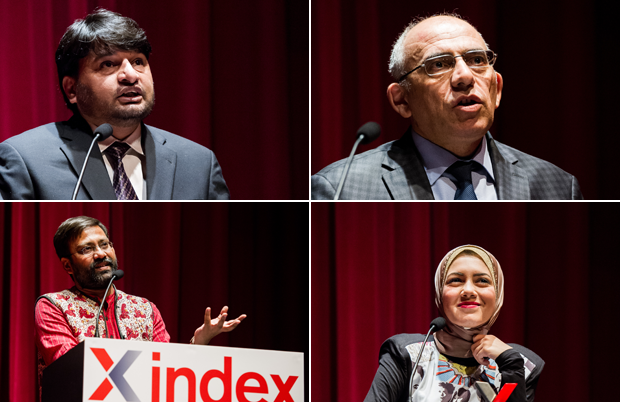 This story by Lorenzo Holt was originally published by Journalism in the Americas Blog and republished it here with authorization.

Journalists, media organizations and freedom of expression advocates from El Salvador, Cuba, Argentina, Mexico and Ecuador were included on the long list of candidates for the Index on Censorship’s 2016 Freedom of Expression Awards announced on December 16.

“The individuals and organisations listed in the #Index100 demonstrate courage, creativity and determination in tackling threats to censorship in every corner of globe,” Index on Censorship CEO Jodie Ginsberg said according to a press release from the organization. “They are a testament to the universal value of free expression. Without their efforts in the face of huge obstacles, often under violent harassment, the world would be a darker place.”

Index on Censorship, an international freedom of expression organization based in the United Kingdom, will announce the shortlist of candidates on January 19, 2016. Winners will be announced at an awards gala the following April in London and will also join a year-long fellowship program.

The #Index100 list includes 100 individuals and groups from 53 countries that were narrowed down from a list of more than 500 nominees and applicants, according to the Index site. Awards are given in the categories of arts, campaigning, digital activism and journalism.

Salvadoran journalists Roberto Valencia, Óscar Martinez and Daniel Valencia Caravantes were included on the #Index100 list, in the journalism category, for their investigative work for online news source El Faro.

On July 22, the journalists published a story about an incident in which police killed eight people. Their story contradicted official accounts of the event, according to The Nation. Immediately after the story was published, the three relocated, anticipating the threats that followed.

Although its online site is blocked and its TV and radio programs are not available through official media sources, they still print about 400 weekly papers and offer training to journalists, according to Reporters Without Borders. Before founding the agency, Guerra Pérez had been a long time dissident and frequently faced incarceration at the hands of the Cuban government.

Fact-checking site Chequeado of Argentina made the list in the digital activism category. The Index on Censorship linked to the group’s extensive work to provide transparency throughout the 2015 presidential campaign. Méxicoleaks, a relatively new digital platform that accepts anonymous leaked information from the public, was also included in the category.

Ecuador’s Foundation for Media Observation and Study (or Fundamedios, as it's known in Spanish) was included for its efforts to monitor attacks against press freedom and for its support for the legal rights of newspapers and journalists in the face of government threats. In September, the Ecuadoran government started a process to shut down the organization, but that was ultimately shelved after national and international outcry.

Any organization or individual was able to apply or nominate for the Index for Censorship’s Freedom of Expression award. Candidates are judged according to courage, creativity, resilience and recognizable impact over the last 12 months. The Index on Censorship picks a new panel of judges every year from “leading world voices with expertise in advocacy, journalism, the arts and human rights.”

Among this year’s panel is Colombian award-winning journalist María Teresa Ronderos, who has been involved with various journalism organizations in Latin America.

Translated (en) byJournalism in the Americas Blog
Share this: twitterfacebookreddit