‘Orwellian Dystopia’ or Trustworthy Nation? Get the Facts on China's Social Credit System 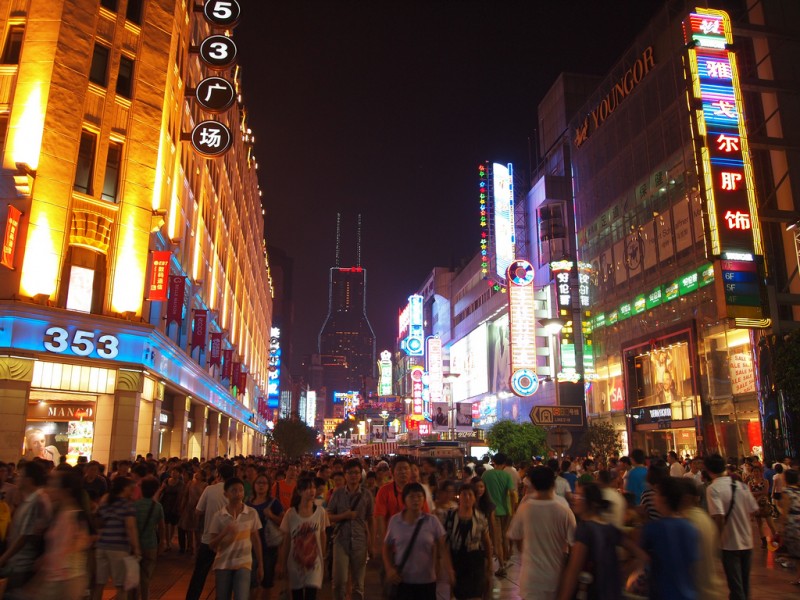 China is on the verge of launching a nationwide rating system intended to measure citizens’ trustworthiness in the eyes of the Chinese government.

Combining citizens’ financial records, online shopping data, social media behaviors and employment history, the system will produce a combined “social credit” score for each and every Chinese citizen. Unlike a credit score in the western finance system, which typically uses a person's financial records to determine their creditworthiness and set conditions of a loan, the Chinese model goes well beyond an individual's financial profile.

The Chinese government has started testing the system by authorizing a number of credit service agencies to collect, evaluate and manage peoples's credit information. Among these agencies is an Anti Financial (affiliated with Alibaba) which has piloted the system through a game-like app called Sesame Credit.

Sesame Credit measures a person's overall “goodness” as a citizen and encourages users to share their scores with friends. The score is updated each month based on a person's online activities, provided that they're conducted through Alibaba platforms and services.

The video above, which went viral in late December, describes the game as an “Orwellian dystopia”.

Since Chinese authorities first released draft plans for the project in 2014, there have been multiple waves of news stories about the system, some of them more trustworthy than others. Recent media coverage and controversy inspired Global Voices’ China team to develop a set of frequently asked questions and answers about the social credit system.

How do credit service agencies calculate an individual's credit score?

Different credit service agencies have developed unique algorithms for calculating social credit. According to Sesame Credit's official explanation, the score is built upon personal data including:

Exactly what sort of activities will result in the reduction of credit has not been publicized. But major online content service providers such as Weibo have a user blacklist based on community reports of scams and “rumors”, a term often used to describe political criticism. This has generated widespread concern that distributing politically sensitive content could result in a lower credit score.

How can an individual gain credit?

Based on the above mentioned algorithm, Sesame Credit offers some tips to help individuals improve their scores:

The second and third suggestions here can easily bleed into political territory, as they encourage citizens to use only their real identities online. For any person involved in critical speech or news reporting on government activities, using an alias is often imperative to maintaining one's safety. The final suggestion, concerning the spread of “positive energy” gives a nod to Chinese authorities’ increasing promotion of spreading positive messages about the government and the Communist party online.

Why are people so keen on playing the credit game?

Some netizens enjoy showing off high credit scores to their peers on social media. Aside from that, an individual with a high credit score will be promoted to VIP class for tickets, hotels and car rental services without paying a cash deposit. Other privileges include getting expedited visas through credit service's visa processing system. For example, if your Sesame credit score is above 700, you can apply for a Singapore travel visa without supporting documents, such as an employment letter. A score of 750 can earn you an expedited visa to Luxembourg.

What are the penalties for individuals with low social credit scores?

A central idea behind social credit management is to penalize supposedly untrustworthy people. In a media interview, Sesame Credit's chief manager Hu Tao explained the credit system is intended to make it so that “untrustworthy people can't rent a car, can't borrow money or even can't find a job.” She disclosed that the Sesame team has approached China's Education Bureau about sharing its list of students who cheated on national examinations so that they will pay for their dishonesty in their future when they are looking for jobs.

Credit management agencies will generate profit by using individual data to provide services to both governments and business sectors.

Internet giant Tencent's credit service partners are from the finance sector. The company will make use of the personal data from Tecent's 800 million users of messaging software QQ and their 400 billion photos to develop a facial recognition database that will help the finance sector to verify their clients’ identity. In the future, it will seek to provide facial recognition and identity verification services to online dating platforms, conference, and examination (such as domestic and overseas university entrance examinations) check-in.

What are the political motivations behind the social credit system?

While the social credit system is not targeted specifically at activists or dissidents — public security authorities already have developed a database monitoring friends and relatives of political dissidents — it transforms the stability control model from target-specific to all-citizen surveillance, by rewarding (or penalizing) individuals based on political orientation, financial records, consumption patterns and social connections, in order to cultivate the self-discipline of “good citizen”.

It is also a response to the moral crisis of the society where people no longer trust each others. It is commonly said that people in China have become afraid of helping those in need, for fear of falling into street scams. In addition, business scams, food security, and corruption have constituted a moral crisis in Chinese society. Instead of reflecting on the political-economic system that has led to the growth of crony capitalism (which has been directly enabled by government policies and practices), leaders have come to argue that the problem is rooted in the “low trust” character of Chinese culture. Thus they say the credit system in China should reflect a person's “guan-xi” (social relation) rather than just financial record.

When facing the “big brother”-type criticism, leaders argue that China “has a history of valuing harmony above much of anything else”. Harmony here means “the overall stability of the nation” thus, in their framing, the social credit system is an innovation driven by eastern wisdom rather than western ideologies. In any case, these emerging details of the project demonstrate that China's social credit system may go well beyond the specter of big-brother surveillance.