Netizen Report: From Egypt to Kenya to Venezuela, Online Political Speech Feels Riskier Than Ever 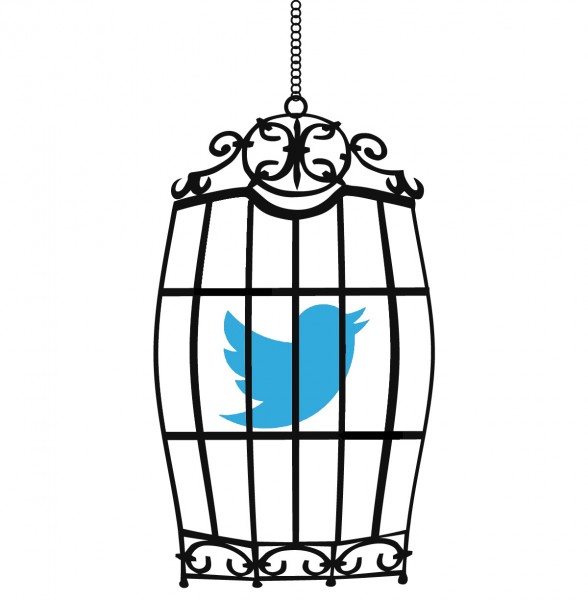 Over the month of January 2016, government authorities in Kenya pursued criminal allegations against several bloggers and social media activists. Among them is recognized journalist and influential blogger Yassin Juma, who supporters believe was targeted for his coverage of a recent attack on a Kenya Defence Forces camp in El-Adde, Somalia by the violent extremist group Al-Shabaab. Kenyan Twitter users responded in force, voicing support for Juma on the #FreeYassinJuma hashtag. Inspector-General of Police Joseph Boinnet has warned Internet users against spreading images that “glorify terrorists”.

Threats against social media activists, journalists and artists meanwhile have continued apace in Egypt since the January 25 anniversary of the 2011 revolution. Popular Egyptian cartoonist Islam Gawish was arrested on January 31 when officers from the “Artistic Products” Department of the state police raided the offices of Egypt News Network, where Gawish works. Interior Ministry officials say the network was operating without a license, and that Gawish will be charged with running an unauthorized personal website. It is not clear which website the charge refers to. Those close to Gawish, who is best known for his work with Al-Waraqa comics and has 1.6 million followers on Facebook, believe the raid and charges were motivated mainly by his artistic work, which focuses on Egyptian society and politics.

And in the western hemisphere, a Venezuelan man affiliated with the Justice First political party was detained after “threatening” President Nicolas Maduro on Twitter. Public servants in particular seem to be punished for social media posts deemed offensive by the authorities. At least three other citizens are currently in prison for messages they posted on Twitter in 2014.

Will Free Basics get the boot in India?

India’s Telecommunications Regulatory Authority (TRAI) says it will soon issue an order regulating free or subsidised data packages for mobile phone users. It is expected that the order will bar services such as Facebook’s “Free Basics” app, on the basis of network neutrality and market competition principles. An unnamed source from TRAI told the Times of India: “These [programs] are discriminatory and are against the concept of digital democracy. We will not allow them.”

The independent investigative news site Sarawak Report, which follows political activity in the eastern state of Sarawak, was blocked in Malaysia last year after running a series of articles highlighting corruption under the current government of Prime Minister Najib Razak. As a solution that turned out to be temporary, administrators of Sarawak Report began republishing their stories on the US-based writing platform Medium. Just this week, Malaysian officials asked Medium to take down an article that contained especially damning allegations about Najib’s use of public funds, claiming that it contained “false content”. When they refused, Malaysian authorities ordered local ISPs to block Medium altogether.

In a statement from their legal team, Medium wrote: “We’ve received no evidence that the post violates any of our Rules, or any law. We stand by investigative journalists who publish on Medium. Until we receive an order from a court of competent jurisdiction, the post stays up.”

Following a massive outcry that has spread from the Gulf region to Russia and even as far as Chile, the Saudi Arabian government reduced Palestinian artist Ashraf Fayadh’s sentence from the death penalty to eight years imprisonment and 800 lashes. Fayadh was charged with blasphemy and promoting atheism in his 2008 poetry collection Instructions Within.

Canadian allies go to bat for jailed programmer in Iran

Supporters of jailed Iranian-Canadian programmer Saeed Malekpour are calling on Canadian Prime Minister Justin Trudeau to intervene on the programmer's behalf. Malekpour was prosecuted and convicted in 2009 in Iran for writing an open source software program that others used to upload pornographic images to the Internet. The initiative to bring fresh attention to the case is spearheaded by the International Campaign for Human Rights in Iran, Iranian-American actress Nazanin Boniadi and Canadian film director Paul Haggis.

The Spanish company Ares Rights continues to issue copyright claims in what looks like an attempt to suppress criticism of the Ecuadorian government. In one recent case, the executive director of media watchdog site Fundamedios received a copyright complaint that could have forced the entire site to shut down.

The US and EU reached a temporary deal on the transfer of data between the two regions, overcoming a stalemate over how Internet companies like Google move data between the EU and US. Negotiations between were fraught and officials failed to reach an agreement by Sunday’s deadline. The US has guaranteed that its intelligence agencies will not be given indiscriminate access to data moving from the EU to the United States, but it appears that commercial considerations may also be slowing down the process.

The rules governing data transfer were established under a Safe Harbor Framework, which was struck down last spring by European judges who ruled that the protections for Europeans’ data when transferred to the US were insufficient. In response, officials from both regions sought to negotiate a new set of rules to accommodate European concerns over surveillance by US intelligence agencies. But these negotiations appear to have broken down over issues such as how Europeans could seek legal remedy in American courts, and multiple national privacy agencies that have threatened to take “aggressive legal action” without sufficient regulations in place. As it must be approved by each EU member state, the deal has a long way to go.