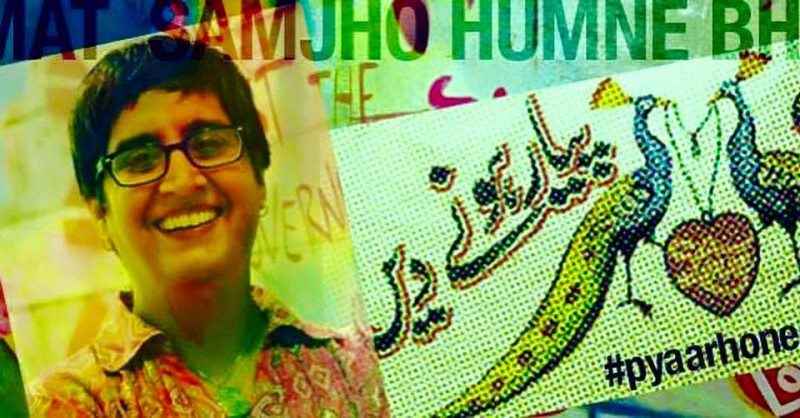 I look at the office calendar and notice that Valentine's Day is recorded as an important date here in Canada, my chosen homeland, to which I emigrated from Pakistan last year. The calendar says, “Valentine's Day is an opportunity for people in Canada to tell somebody that they love them in a romantic way”. I think about Pakistan, my homeland, and smile at the irony.

The president of the Islamic Republic of Pakistan, Mamoon Husain, condemns Valentine's day and requests that citizens of the country not observe it—you are not allowed to love someone in public, or even in private! The president's remarks came after Kohat, a district in the north-western Pakistani province of Khyber Pakhtunkhwa, banned Valentine's Day celebrations. This is the province where the liberal cricketer-turned-politician Imran Khan's right-of-center political party, Pakistan Tehreek-e-Insaaf, is in power.

I think about Sabeen Mahmud, a Pakistani human rights activist and NGO worker, who countered the religious fundamentalists’ Valentine’s Day ban with a campaign of her own, under the slogan saying “Pyaar hone dein” (Let there be love).

I first met Sabeen in 2013 in Bangkok, at a regional consultation on Freedom of Expression for Civil Liberties in Asia organised by the human rights organisation Bytes for All. At the meeting she spoke on the topic of freedom of speech, a right she avidly advocated and worked for—and died for less in April 2015.

I remember clearly Sabeen discussing the YouTube ban in Pakistan. She believed that censorship of tools such as YouTube are a smoke screens used by the government, who are wary of people who use social media. She was co-founder of a citizen collective initiative called “Pakistan for All”. Along with her colleagues, she initiated various campaigns to demand the right of citizens to access platforms like YouTube. One of their campaigns, “Hugs for YouTube”, went viral. With the problem of hate speech increasing, Pakistan for All also created a NAFRAT Aggregator (“nafrat” means “hatred” in Urdu) to collect instances of hate speech.

Sabeen was funny and animated when she talked with Wired magazine about how her Valentine's Day rally in Karachi was met with death threats by radicals:

“. . . one day, as the controversy was just breaking, she’d been asked not to go to her office for her own safety. While stuck at home, the doorbell rang in quick succession four times. “I picked up my cricket bat,” she said, “but was too afraid to answer the door.” When it turned out just to be a deliveryman, she “was actually a little disappointed.”

Her (Sabeen's) campaign involved rather amusing messages promoting love, such as “Pyaar Hone De” or roughly ‘Let there be love’, in front of the billboard messages from the religious movement prohibiting Valentine’s Day celebrations, citing verses and traditions. She had to go underground for a while until the Muslims found something else to criticise about.

A little more than two years after launching her Valentine's Day campaign, Sabeen was murdered. One of her killers, Saad Azia—an educated young man from the Institute of Business Administration (IBA) in Karachi—said in his confession that her “un-Islamic” Valentine's Day rally was the sin she eventually paid for. 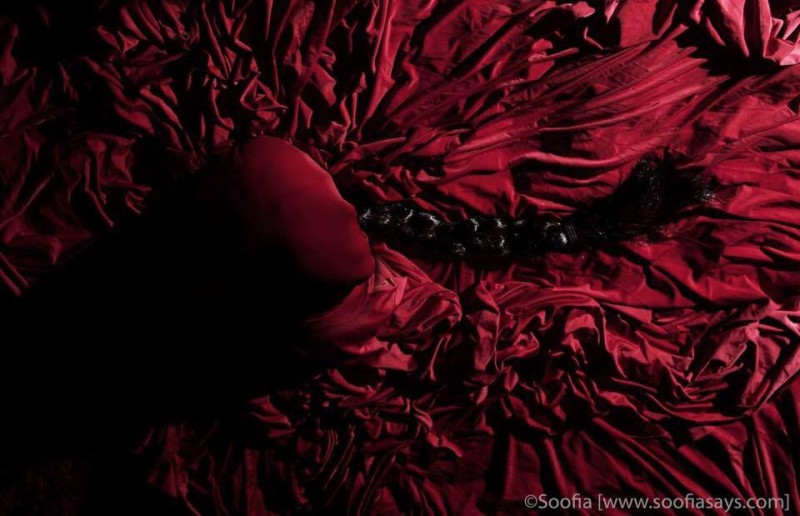 “You can't fight religious dogma. It is too big an evil to be dealt with through dialogue or creative expression. It is too ominous to win over. I wish Sabeen had known that.”

Here in Canada, Valentine's Day is just a date on the calendar. People can choose to celebrate it or ignore it. It can be the perfect excuse to buy more commodities, or a reason to feel loved, or unloved. It is not a matter of right and wrong, piety or evil, life or death.

Such memories remind me of why I left the Islamic Republic of Pakistan. You can't fight religious dogmatism. It is too big an evil to be dealt with through dialogue or creative expression. It is too ominous a force to conquer.

I wish Sabeen had known that.

Soofia Mahmood is a Pakistani artist currently based in Toronto, Canada. She believes that everything that she sees through her lens helps her understand the relationship between self and the world around. See Soofia's work at www.soofiasays.com