Ensuring that the next elections are free and fair is crucial to the return of democracy and stability in Macedonia. A young female blogger contributed to this process by discovering a flaw related to the government's voters’ registry web app.

One of the reforms needed to end the current political crisis in Macedonia, as stipulated within an agreement that was overseen by the European Union and the United States, is the restoration of the State Election Commission (SEC) to good and honest working order. It also requires a “clean-up” of the voters’ registry, ensuring that only people with the right to vote can do so. The first official investigation that the Special Public Prosecutor has launched as part of this effort is looking into the creation of “phantom voters,” as well as votes in the name of dead or absent citizens.

The web application that enables citizens to check if they are in the voters’ registry has been active for years. The SEC is supposed to clean up the database behind it, but as software developer Kalina Zografska found out, that would have only solved part of the problem. 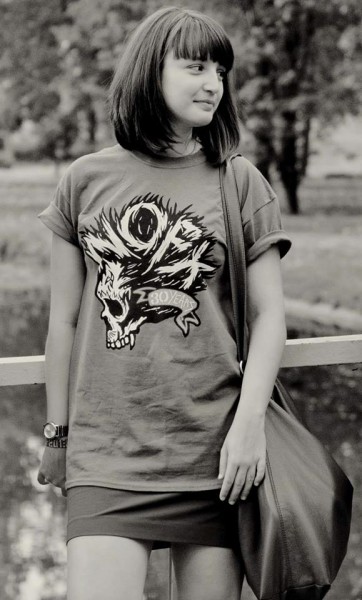 On the morning of February 10, Zografska published a blog post titled “Would you like to have a copy of the voters’ registry? Click here!” reporting that she had discovered a flaw that “leaves the voters’ registry free for the taking, including sensitive personal data of all citizens, such as the Unique Master Citizen Numbers, names, area of residence” on the official government body's website.

In the blog post, Zografska explained that the application utilizes a very simple URL to trigger the display of citizens’ data, using the Unique Master Citizen Number as input. In all former Yugoslav countries, this ID number has a fixed, predictable format, consisting of the date of birth and other basic elements. Therefore, a simple script can target the application with requests using changed parameters and extract data on all citizens.

This ID number consists of 13 digits in the form “DD MM YYY RR BBB K” (without blank spaces) where “DD MM YYY” is day of birth, “RR BBB” refers to region of birth/registration and gender, and K is checksum. Since the SEC application used the URL format of ‘http://electorallist.gov.mk/Found.aspx?value= [ ID Number format ]’ a simple software can just try all ID number combinations for the dates of the last 80 years or more, and extract data for the “hits” that actually coincide with real citizens’ IDs.

Even though the official form is seemingly protected by a captcha form, one can find the naked link in two minutes with the “view source” option.

This opens up the possibility of:

The mishap is at a very amateurish level from the perspective of professional principles of working with personal data on the open Web. The mishap is against the Law on Personal Data Protection. And this is not the first time that the State Election Commission has made such a mistake.

We need data and systems we can trust, guaranteeing protection as a minimum.

The Macedonian Law on Personal Data Protection, which was adopted in 2005, is based on the related European Union directives and is aligned with EU data protection standards. It requires that data controllers, such as government institutions, take measures to ensure the protection of citizen's private data that they store and process. In particular, data such as the Unique Master Citizen Number, name or address enjoy the highest level of legal protection.

Zografska announced her findings in the tweet below, causing quite a stir online, with a flurry of retweets and mentions of the profiles of state institutions.

Within hours of the blog post's publication, the SEC shut down access to the voters’ registry application. The button inviting citizens to check if they are on the voters list is still present on the home page of their website, but clicking on it just redirects to the same page. 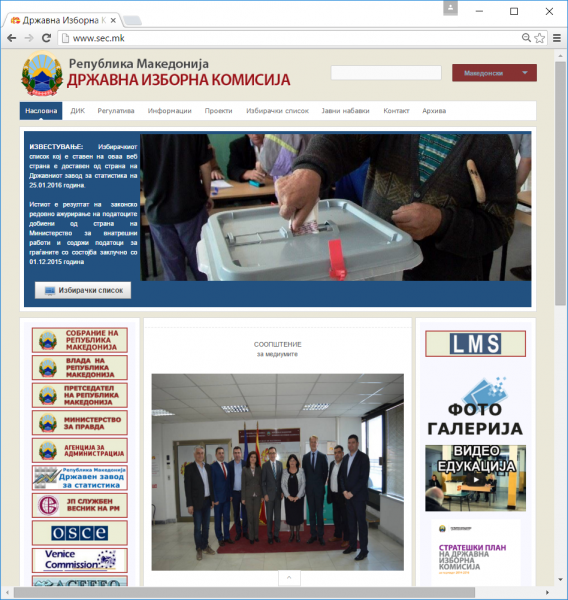 Screenshot of Macedonian State Election Commission website. The dysfunctional button for the voters’ registry app is on the left within the field with blue background.

When journalists from independent news organization Meta.mk asked the SEC why the application became inaccessible, their initial response was that “there is some problem with the Internet connection.” A week later on February 17, with the application still not working, Meta.mk asked again. This time, the SEC admitted that the list is “currently offline due to a security problem.” Government officials did not provide details as to whether the problem is the one pointed out by Zografska, but added that their IT department is developing new ways for citizens to confirm their presence in the voters’ registry.