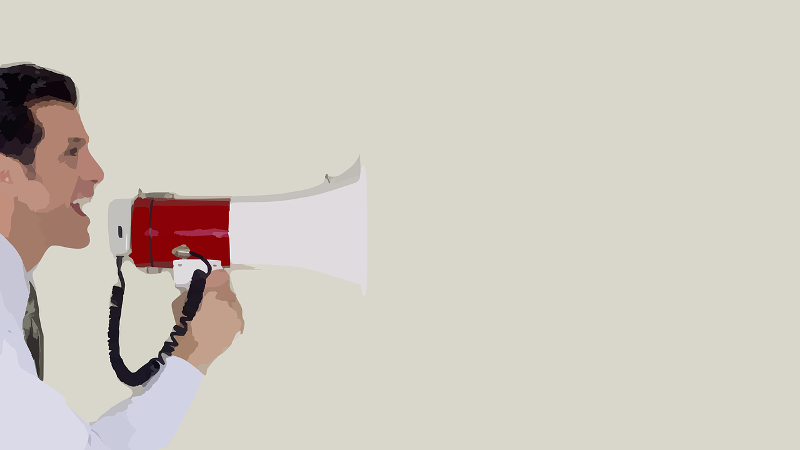 In an unprecedented move, a Ukrainian court has equated a social media profile page with mass media outlets and sanctioned its owner for public calls to overthrow authorities.

On February 2, 2016, a municipal court in Sumy, north-eastern Ukraine, found a local VKontakte social network user guilty of “public calls for a violent overthrow of the constitutional order and seizing state power through the mass media.” According to part 3 of Article 109 of the Ukrainian criminal code, such actions are considered a criminal offence.

Ukrainian legal news website JurLiga reported that the accused pleaded guilty to these charges, and the court issued him with a fine of 8,500 hryvnyas ($310).

The court found that the user's personal VKontakte profile (registered under the pseudonym Bogdan Mazepa) with almost 3,000 followers, as well as a public page called “Bandera's Legion” with 26,000 subscribers, were both used to knowingly distribute public calls to overthrow the Ukrainian authorities. According to the court indictment, these pages were used to publish materials calling for an armed partisan struggle against current authorities, “insubordination towards the regime,” and “destruction of the current government's officials.”

The social media pages containing these “direct calls to action” were determined by legal experts and the court to be “mass media” because they were public and accessible to an unlimited number of people. The court ruled that these pages were used as means of distributing mass information as detailed in Article 1 of the Ukrainian law “On Telecommunications” (sections 47, 55 of part 1) and Article 22 of the law “On Information.”

Although criminal prosecutions of Internet users for content posted on social media have become more common in Russia, Ukrainian law enforcement is only beginning to figure out how to deal with objectionable materials shared online. Ukrainian netizens are concerned by the Sumy case and fear it might set a trajectory for further crackdowns.

Online speech can have legal repercussions, including criminal ones. Calls to use arms against representatives of authorities have also never been legal. But there is a thin line between freedom of speech and sanctions for calls to action.

Afyan says the case displays a clear lack of defense work: it seems both the court and the defendant simply took the easier way out and agreed on a fine rather than analyzing the possible fallout from online speech and its expected consequences. This lack of procedural clarity, Afyan says, makes this case similar to Russian judicial practice, where the gap between the sentences meted out and the actual danger to society is often disproportionate.

As for designating the social media page as “mass media,” the Ukrainian lawyer believes the legal basis for this to be too weak to be used as precedent in future cases, but points to far-reaching legal consequences of going down the path of equating citizen and mainstream media.

Blogger registration in the Russian Federation—that's where the roots of this case are. Sooner or later, Ukrainian legal practice on this issue would have started. We are only at the brink of legally comparing mass media outlets and pages on social media.

Cases of criminal prosecution for social media activity are growing in number amid the tense relationship between Ukraine and Russia, fuelled by the Russian-orchestrated conflict in eastern Ukraine. In 2014, Ukrainian authorities detained and charged a resident of Dnipropetrovsk in eastern Ukraine with calls for separatism on social networks. The case is still in court, and the user is facing a potential jail sentence of three to five years if found guilty of violating Article 110 of the Ukrainian criminal code (threatening the territorial integrity of Ukraine). Another Ukrainian user from Kirovohrad, in the south of the country, was charged in 2014 with calls to overthrow authorities on social media, but received a two-year suspended sentence, having pleaded guilty and collaborated with the investigation.