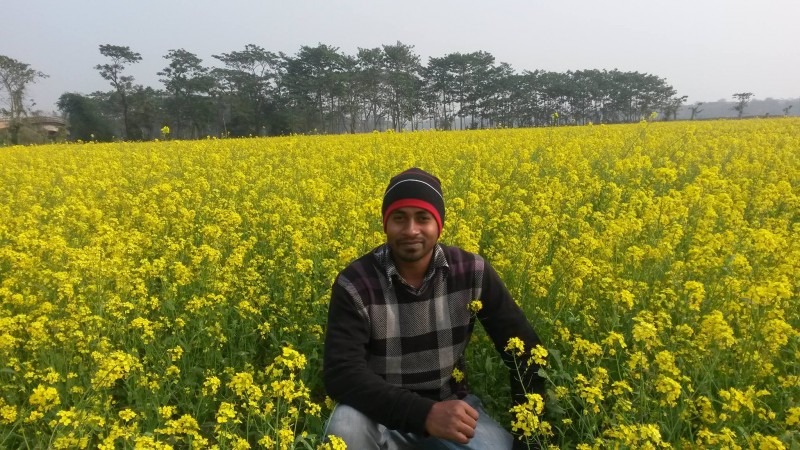 A 28-year-old law student was murdered by three assailants in Dhaka, Bangladesh, on April 7, 2016. The young man was most likely targeted for his critiques of religious conservatism.

On Wednesday night around 9pm, Nazimuddin Samad was walking home with a friend along Hrishikesh Das Road in the Laksmibazar section of Dhaka. Three men approached on a motorcycle, wielding machetes. After an altercation in front of many people, they hacked and then shot him to death. The assailants shouted “Allahu Akbar” (God is greatest) just before launching the deadly assault. They then fled the scene and have yet to be identified. As of April 8, no one had publicly claimed responsibility for the killing.

Nazimuddin Samad was a student of law in the Jagannath University and a vocal critic of religious extremism. Participating in an online discussion mostly through Facebook, Samad had served as an organizer with Ganajagaran Mancha, the group that has been demanding justice for the war crimes of 1971 and the banning of religious politics in the country. According to the Guardian, he lived in the northeastern city of Sylhet, though most of his family members are in London. He had moved to Dhaka for studies two months ago.

He joins the growing list of bloggers whose lives have been lost in similar targeted killings for their progressive and secular views. Police sporadically have arrested some individuals, including members of a banned group called the Ansarullah Bangla Team for these murders. In December 2015, two people were convicted and sentenced to death for the 2013 killing of blogger Ahmed Rajib Haider, who was hacked to death on the street at the height of the Shahbag Square protests. No one else has been prosecuted for the killings of six other men, all of whom were targeted for sharing these political beliefs.

In an interview with BBC on 8 April 2016, Home Minister Asaduzzaman Khan said: “I cannot tell just now why it happened or how it happened. I have to know first…..We have to look at his blog whether there is any objectionable stuff.”

When asked whether the killing would somehow be justified if objectionable content was found on Nazimuddin's blog, he replied, “I didn’t want to say that. If you look at the blogs of those who were killed earlier, hurting religion like this, hurting people’s beliefs, its not acceptable anywhere in the world.”

Nazimuddin was an active participant in the 2013 Shahbag Square protests, in which hundreds of thousands of Bangladeshis demonstrated against impunity for war criminals. At the height of the protests, which were largely organized online, the government formed a nine-member committee to track bloggers and Facebook users who made derogatory remarks about Islam and the Prophet Muhammad. On March 31, representatives of hardliner Muslim clerics submitted a list of 84 bloggers and online activists to a committee formed by the Home Ministry, accusing the bloggers of atheism and writing against Islam. Nazimuddin's name was number 13 on that list.

The list had two categories: secular and atheist bloggers, deemed by the extremists as enemies of Islam, and leaders of the outspoken Ganajagaran Mancha, a group demanding justice for war crimes, of which Nazimuddin was a part.

Nazimuddin had an active voice on Facebook. In August 2015, when the blogger Niloy Neel was killed, Nazimuddin posted some angry comments on Facebook, and was later trolled by Islamists. He quipped:

Then why do you kill people with machetes?

In recent days, he had supported a petition to remove Islam as Bangladesh’s state religion and soon received more threats on Facebook. Nazimuddin replied to a comment by a teacher where he was told to be vigilant as people were fearing he would be attacked:

I also fear for life, sir. Fear of dying young. But what to do, sir. This death would be better than keeping silent with our heads down.

After his death, Facebook marked his account as “Remembering Nazimuddin Samad.” However, it is plain to see that many supporters of Islamists are still trolling his account. One commenter Dulal Zahish wrote:

If making foul comments about religion is the freedom of speech of the atheists, so why its not a freedom of action of the fundamentalists to use machetes to hack atheists?

With this growing intolerance and repression against atheists, is there any way to stop these killings? Exiled Bangladeshi journalist, Tasneem Khalil, who previously worked for The Daily Star and CNN, and served as a consultant for Human Rights Watch, spoke to human rights activists Maryam Namazie and Fariborz Pooya in an online show about the killings of secular bloggers.

Khalil explains that there is a growing movement of free thinkers who write together on slain blogger Avijit Roy's Mukto Mona blog. Some of them are targeted for killings by followers of Anwar al-Awlaki. The perpetrators of the Paris attacks follow the same ideology. He fears that they are not going to stop anytime soon.

Adit Hasan Khan wrote in an op-ed for the Daily Star that violent crime and religious extremism deserve more attention than sports and viral videos, urging the public to call for accountability and justice in the investigations of these killings.