The Russian Art of Meta-Stalking 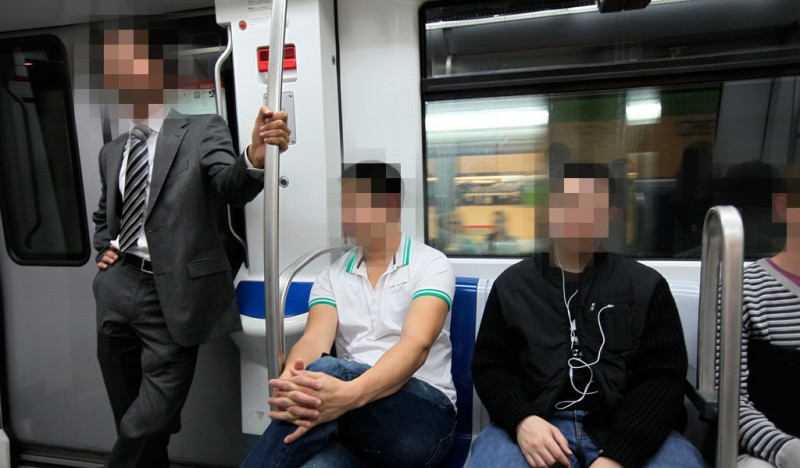 The next time you ride the subway in St. Petersburg, watch out for 21-year-old photographer Egor Tsvetkov. He recently unveiled a new project called “YOUR FACE IS BIG DATA,” which he created by semi-secretly photographing passengers seated across from him on the city’s metro, without asking their permission.

Using these pictures, Tsvetkov turned to an online service called FindFace, which allows you to upload random photographs of a person’s face. Using facial recognition technology, FindFace then searches the image database of Vkontakte, Russia’s most popular social network. If it finds a match, it does its best to identify the person in the picture. Any photo posted and tagged on Vkontakte can be found this way, provided that the user has opted to make his or her postings public. (Most users do.)

FindFace was launched this February by the Moscow-based company N-Tech.lab, which says the service was designed to facilitate online dating, allowing users to photograph anyone on the street, locate their social media profile, and learn more about them, before trying to get acquainted directly.

Tsvetkov says FindFace was able to find social media accounts for 70 percent of the young people he photographed, though it worked only half as often with pictures of older individuals.

Below is one example of an image juxtaposition created by Tsvetkov. Global Voices obscured the face of the subject for privacy reasons. 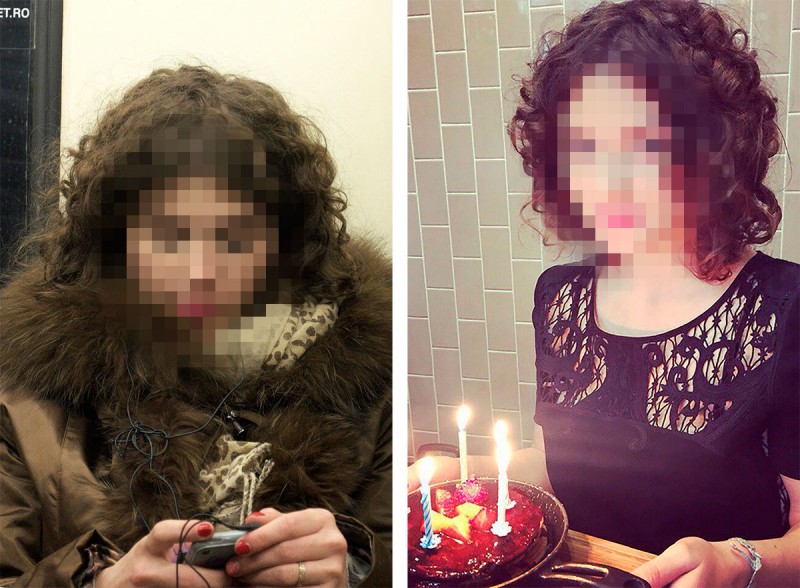 Tsvetkov told the website Bird In Flight that he wanted to explore how the Internet has broken the state’s monopoly on identifying individuals through photos and videos. His art project isn’t mere curiosity, however. Tsvetkov says his work exposes how “digital narcissism” often “provokes” online stalking. In other words, publishing photographs of yourself online allows strangers to track you down on the Internet, where they can learn information you’d not likely share with a stranger you met on the train.

“People today are losing the freedom to do something in public and be certain that no one will know about it,” Tsvetkov told the website Apparat.cc, adding, “It's pretty scary. Besides social networks’ photo bases, there are a lot of other institutions: banks, gyms [and so on].” “Now, in a matter of seconds, a quick anonymous search for a person’s social media page can turn an impersonal object into a close friend,” the photographer warned.

But could the project exacerbate the very problem that Tsvetkov is seeking to highlight? Global Voices Advocacy Director Ellery Roberts Biddle, who specializes in issues of online harassment and digital privacy, had this to say about the project's real-life implications:

This is ethically problematic on a few levels. Tsvetkov did not have permission to take or publish these photos. And he made no effort to obscure the identities of his unknowing subjects.

He could argue that the photos taken on the metro are no more or less revealing than the images that the subjects themselves posted on VK, but choosing to post your photo on a semi-public social media platform is not the same thing as choosing to post it elsewhere in the Internet. Context matters — a photo of a woman in a pretty dress may seem perfectly innocent in the context of a social network, but when displayed in a series of images presented through a stalker-like lens, the image starts to say something different.

Tsvetkov is also making their images more prominent and easier to find. Various legal cases have taken into account the idea of “discoverability”—that the impact or power of a piece of online content may be affected by how easily it can be found or “discovered”.

Asked if his project is itself dangerous for the people he photographed, Tsvetkov told RuNet Echo that it's too early to say. “I think we should wait and see how it develops,” he said. “In theory, this service [FindFace] could be used by a serial killer or a collector trying to hunt down a debtor.”

RuNet Echo was able to locate Tsvetkov’s Vkontakte account using FindFace and the picture published in his interview with Bird in Flight. Tsvetkov seems to practice what he preaches, more or less, sharing very little personal information publicly, though he has published about a dozen selfies, including one snapshot of a visa he received to travel to Europe.

More photographs from Tsvetkov's project are available below. On the left, you'll find the pictures he recorded candidly on the subway. On the right are photographs those individuals have shared publicly on Vkontakte. RuNet Echo has obscured all faces for privacy reasons. 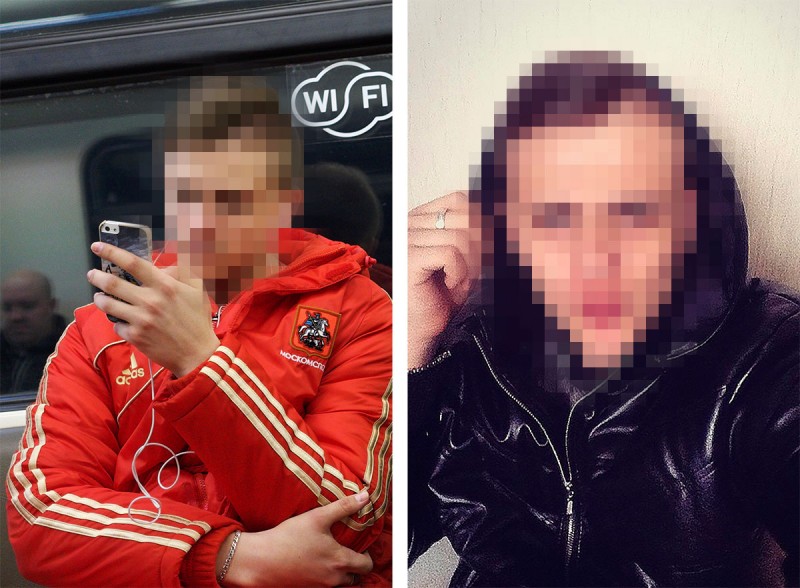 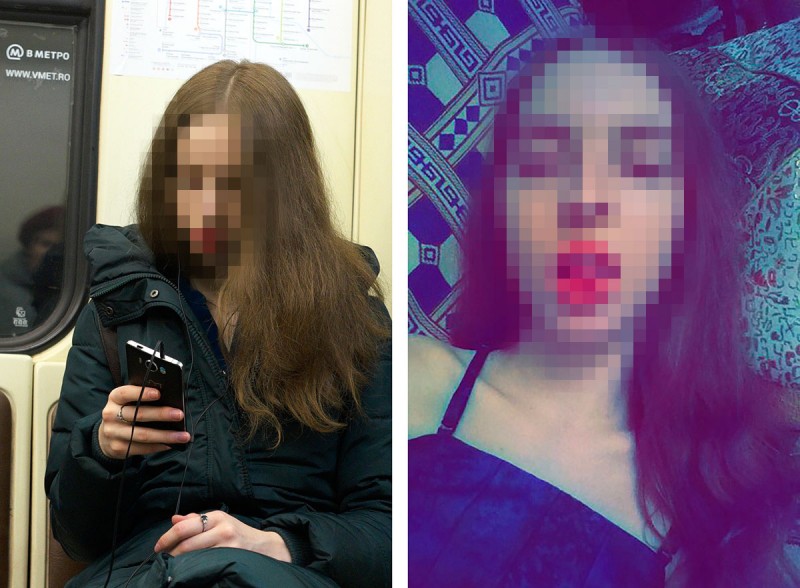 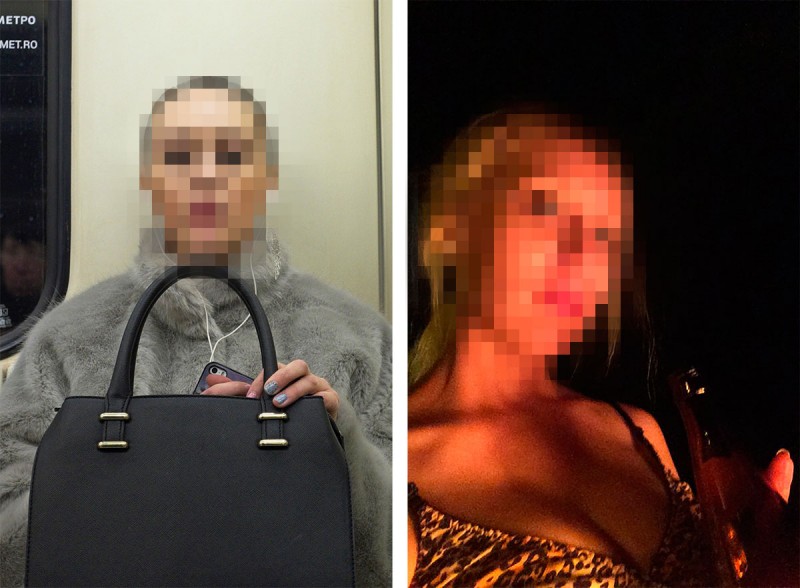