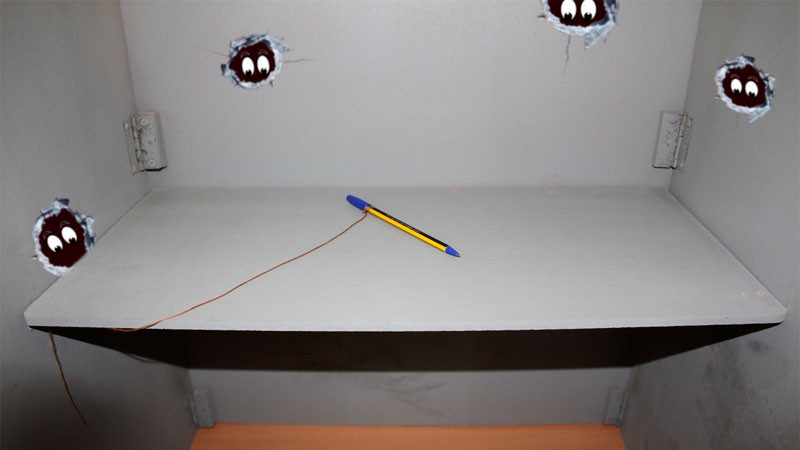 State authorities in Chad took several stringent measures to control media [2] during the first round of presidential elections this month, including disconnecting the Internet and blocking SMS messages. The election was conducted under heavy surveillance, according to Reporters Without Borders, and it is not the first time these measures have been deployed (Authorities tried to block access to Facebook in February in response to demonstrations over the gang-rape of a teenage girl.)

The Brazilian Chamber of Deputies will soon vote on proposed cybercrime legislation [3] that threatens to have a deleterious effect on free expression and privacy. Among other things, the new proposals would give police warrantless access to IP addresses, require websites and mobile apps to monitor content, and would criminalize improper computer-system access that could present a “risk of misuse or disclosure of data.”

India Wants WhatsApp Group Administrators to Tell Them What’s Up

Local authorities in India, including the governments of Jammu and Kashmir, are responding to the rollout of end-to-end encryption on WhatsApp by demanding that administrators of WhatsApp groups register with the local magistrate [4]. Officials also say they plan to hold group administrators accountable for “irresponsible remarks” or “untoward actions” by group members, according to TechDirt.

In late April, Mexico’s Supreme Court will discuss the constitutionality of articles 189 and 190 of the “Justice Collaboration” chapter in the country’s Telecom Law [5]. Some of the language in these articles states that telecommunication companies must maintain records of users’ metadata for a period of two years, and grant the proper authorities unrestricted access to these archives. This section of the law functions completely outside the court system, requiring no warrants or judicial oversight on data requests. There’s also no clarity about who the “proper authorities” might be. The law includes no requirements on how personal data is to be protected or used once it is collected by authorities. The Supreme Court is reviewing these articles after a protection motion, or writ of amparo [6], was filed [7] by the organization R3D: Network in Defense of Digital Rights with the support of various organizations defending digital rights, the freedom of expression, and transparency, such as Article 19 [8] and FUNDAR [9].

A database of 93.4 million Mexican voter records—containing names, addresses, occupations, voting codes, and additional information—was revealed to be unprotected and easily accessible online on April 14. MacKeeper security researcher Chris Vickery [10] discovered the database hosted publicly on an Amazon cloud server and contacted the US and Mexican governments, as well as Amazon, though the data remained online for another eight days. During that time, the personal information of roughly 70 percent of Mexico’s population was accessible to anyone, anywhere, unprotected by encryption or even a password, violating the privacy and potentially endangering millions of Mexican citizens. It remains unclear who leaked the data in the first place, how it was acquired, and why it was placed on a publicly-accessible server for all to see. As databreaches.net pointed out [11], Mexico has now joined Belize, Greece, Israel, the Philippines, and Turkey in having a majority of its population’s personal data leaked.

The messaging app Viber announced [12] end-to-end encryption for its 700 million users worldwide, which will be rolled out in stages. As an Israeli company owned by a Japanese conglomerate, Viber presents a “powerful example of the futility of legislating encryption,” like the bill [13] now under consideration in the US Congress. However, unlike WhatsApp, Viber has not published any details [14] about how its encryption is implemented, so the security of its protocols and implementation have not been verified by anyone outside the company (a best practice in ensuring the trustworthiness of the software’s security).

Iraq’s Kurds have declared independence in cyberspace [15] through the establishment of a new generic top-level domain name, .krd. According to Hifa Afandi, who helped obtain the new domain name, “Those who have imprisoned us within these geographical boundaries do not have the same leverage in cyberspace. In the Internet, we choose our own borders.” Iran is the only country so far to object to the new domain name, citing the risks of “serious political conflicts” as a result.

The Physicist Who Said No to Iran’s Military Research

The #FreeOmid hashtag [16] (for jailed physicist Omid Kokabee [17]) trended on Twitter on April 21, before news broke that the American musician Prince had died. Iranians and Internet users throughout the world drew attention to Kokabee’s health, which has deteriorated after five years in prison without proper medical attention. The physicist was arrested in 2011 while trying to board a flight back to the US, where he was finishing a post-doctoral position. Kokabee was incarcerated for refusing to work on Iran’s military research. He underwent kidney surgery on April 20, though human rights advocates are worried his health will not recover, given Iran’s mistreatment of political prisoners.