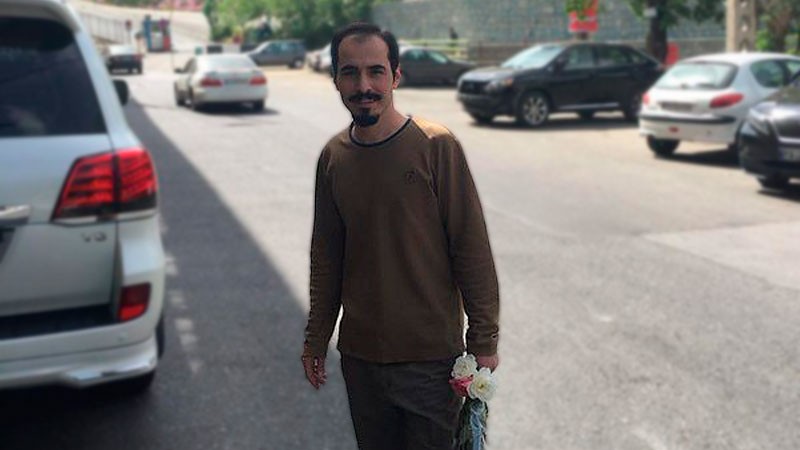 Hossein Ronaghi-Maleki. Picture uploaded to Twitter after his 2016 release on bail.

Blogger Hossein Ronaghi-Maleki was freed on bail May 4, 2016. Maleki went on a hunger strike in April to protest his imprisonment.

Maleki was arrested in December 2009, six months after Iran's disputed presidential elections. He was immediately incarcerated at the notorious Evin prison, serving 376 days in solitary confinement before his trial finally began in 2010. This led to a 15-year sentence on charges of “spreading propaganda against the regime”, “membership of the Internet group Iran Proxy”, and “insulting the Iranian supreme leader and the president.”

Maleki blogged under the nickname Babak Khorramdin, the name of an ancient Persian freedom fighter from Azerbaijan (Maleki is an ethnic Iranian Azeri).

After just a few days on bail, Maleki is already working to raise awareness about Mahmood Beheshti, another political prisoner now on a hunger strike in Iran.

What concerns me is the indescribable faith and the strength shown by #Mahmood_Beheshti who is so committed to his path.