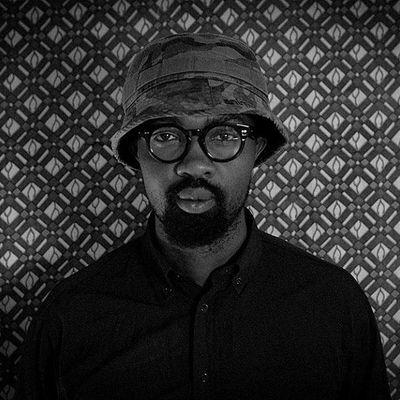 Kenyan blogger and street photographer Msingi Sasis has gone missing. Msingi was arrested last year while taking photos of Galleria Mall in Nairobi at night. He held at a police station in Nairobi on “suspicion of terrorism” and then released with no charges or further challenges.

Several media outlets reported on his arrest. Despite the fact that he was simply taking photographs, an activity that sometimes triggers police harassment, Msingi was then left with a reputation of being a “terror suspect”.

Before disappearing, he wrote on his Facebook page on May 6 about how his arrest and ‘terrorism suspect’ label have destroyed his career and livelihood:

Ever since I was arrested as a ‘terrorism suspect’ one year ago my life has been shut down and I have become practically jobless.

It has become near impossible for me sell any art or get any meaningful work as almost no one, both individuals and organisations, are willing to do a financial transaction or even be involved with a ‘terror suspect’.

I have suffered this silently and alone, until this point. I have to tell everyone who found any insight and inspiration in my work goodbye.

This week auctioneers siezed [sic] everything in my studio. Every valuable thing they placed their hands on. All my cameras, computers, printers, other equipment, and anything that can quickly be sold including hard drives that had every work I have ever created. It's all gone.

I have also defaulted on my rent for many months now and have been issued with an eviction notice which has already expired. What ever was left by the auctioneers in the form of clothing, furniture, and other personal items will be detained by the owner of the property and their agent to recover defaulted rent.
In the next few hours I will be homeless.

I am also shutting down Nairobi Noir. Now to find a place where I can sleep on these street I have come to know. Hope for me that somewhere along the way I will get on my feet again. This is the life of an artist as a ‘terrorism suspect’.

am sooo sorry.People,I know Msingi personally and his work is breathtaking.He has been published here and abroad.He lives in the same estate as I and technically me n him are in the same business and he is kind with his knowledge.Please,if there is someone that can help him please do.He was arrested a while back for taking pictures in public and his cameras confiscated.

Mohamed Haji linked Msingi's experience to the ‘war on terror’:

Sadness never ceases in our country. This is where the foreign war called war on terror has taken us.

Another bright mind & talented artist being silenced. Being myself under fire and extreme pressure for my own work, I can fully adhere to what he is saying. At this rate, where Kenya is going, I am close to a similar ordeal myself. Msingi Sasis, whereever you are now, I hope you will survive this!

Family,friends and colleagues of @MsingiSasis are looking for him.He went silent after this post. Msingi get intouch pic.twitter.com/EDnUZ4Eo9W

Archer Mishale asked what could be done to help:

Really sad story of Msingi Sasis, the photographer behind @NairobiNoir. What can be done to help a brother? pic.twitter.com/IWLBkvls3e

Upon reading Msingi's post, Rand Pearson, editor of UP Nairobi online magazine and a colleague of Msingi's, wrote:

The undeserved harassment, defamation of his name, and resulting loss of livelihood was bound to take its emotional and physiological toll. Msingi had mentioned to people close to him that he was depressed and borderline suicidal, which makes his disappearance even more alarming.

But there is something else that Msingi’s disappearance represents, and it is not a commentary on the corrupt wheels of justice or his Facebook post; it is the very attitude we hold for art, beauty and the people who create it.

It’s easy to conclude through my experience and observations in running UP Magazine, that Kenya can at times be ‘no country for artists’. They do so at their own risk, own reward, or their own peril.