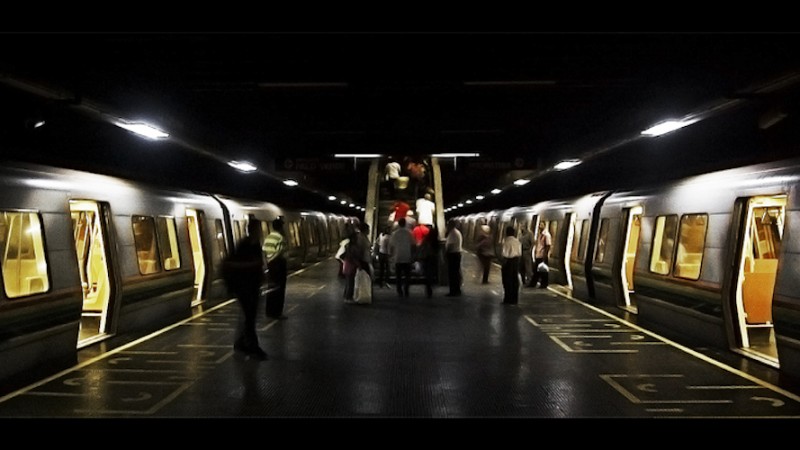 Freedoms in Venezuela are being threatened not only by direct governmental initiatives to repress them, but also because of limited access to the internet due to power cuts and the deterioration and breakdown of the systems. Photo by Edu Alarcón on Flickr. Published under Creative Commons license (CC BY 2.0)

Can electrical shortages be seen as a form of censorship? Without electricity, communications via citizen media — a process by which citizens participate and influence their communities —  cannot go very far. In the midst of the economic, social and political crises hitting Venezuela, citizens are facing a steady deterioration of telecommunications and connection quality, along with constant power outages. When added to the overall environment of the media, this creates a situation that is adversely affecting freedom of access to information and communication.

Freedom House, a US-based NGO dedicated to upholding civil liberties classifies Venezuela as a “not free” country in terms of freedom of expression, and gives it the second worst rating for Internet freedoms in the region. For Venezuelans, it’s not easy to get informed with impartial and truthful information with respect to daily news. Many have turned to social networks to meet needs that traditional media cannot fulfill.

While the socialist policies of Hugo Chávez’s government caused a gradual increase in the number of Internet users, this increase did not coincide with an increase in infrastructure and capacity. This has gradually caused connection quality to deteriorate. In recent years, Venezuela has become one of the countries with the slowest Internet speeds in Latin America. While other countries have increased Internet ubiquity and connection speed, Venezuela continues to have harsh limitations, comparable to those of Bolivia and Paraguay — although the percentage of users still exceeds those of Cuba, Honduras and Nicaragua.

Because of prevailing currency exchange controls in place since 2003, the restriction on imports has also affected the telecommunications sector, which in recent years has had to reduce its allocation of foreign currency in order to purchase spare parts and maintain facilities. The result of this combination of factors is slow and intermittent access to Internet. As Eduardo Marín writes for Gizmodo:

In Venezuela only 0.2% of the population has a connection speed that exceeds 10 Mbps. If we take into account the FCC declaration, technically nobody in the country has broadband. On the other hand, only 2.1% of Venezuelans have a connection [speed] of more than 4 Mbps.

The main complaints by users on the networks have turned the issue into a kind of running joke:

Venezuelan internet is so slow that the other day I was downloading a song and by the time it finished, the remix had already come out.

The recent electricity crisis has resulted in a series of government measures. These include power cuts scheduled for three or four hours a day throughout the country which not only affect connectivity during the outage, but also have further consequences such as damaged devices, mobile phone network failures, and connectivity issues for hours after the electricity has been restored.

All morning wasted due to the power outage. [It was] Terrible, from 8am to 12pm. Banks closed, no internet, no traffic lights #revolutionaryunderdevelopment

When the electricity goes out, I start having problems with my cell signal :(

During the outages, and also apart from them, the lack of investment in the telecommunications infrastructure affects phone services, which used to be the emergency network for Venezuelans when there were data service failures, or when it was disconnected by the government. Reports of service failures and outages are pervasive and commonplace. They can last for a few hours or for whole days without being repaired and without any official explanation:

At this time there are problems in Zulia and Falcón with ABA Cantv, Movilnet, and Cantv landlines. Is it a fiber optic outage? Very strange.

Confronted with the instability of communications, Venezuelans resort to humor. The humorist José Rafael Briceño calls the access speed in Venezuela, “the slowest line in Latin America.”

As Briceño points out, although the service degradation is clearly a result of insufficient investment and the economic policies of the government, it is also true that the authorities responsible for ensuring the quality of service have apparently been more focused on blocking web content than ensuring quality Internet access.