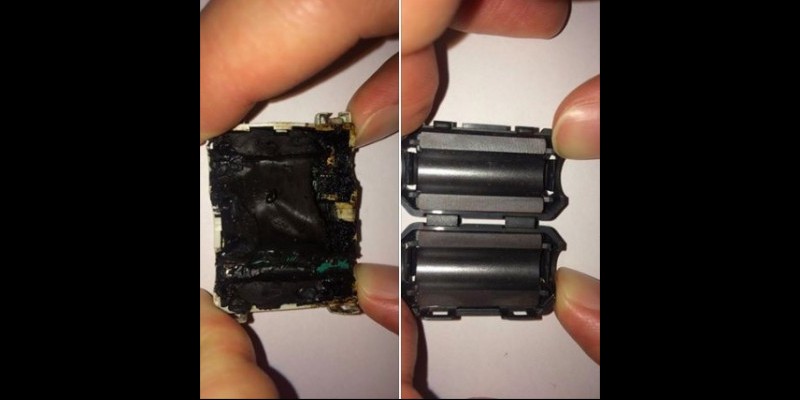 Eötvös Károly Institute (Ekint), a liberal think tank and watchdog organization in Hungary, announced in a Facebook post that they discovered a suspicious device in their office that they believe had been monitoring their communications.

Ekint posted two photographs side by side. The left-hand photo depicts the suspicious device that they found connected to telecommunication cables at their office. As the photo shows, device appears to have been tampered with and then covered with a tar-like substance. Ekint reported that there were several circuits beneath the tar. The photo on the right shows what these devices should look like when intact.

One day, when adjusting the positioning of their telecommunication cables, an Ekint staff member noticed that the cables felt unusually heavy. It was then that they discovered the device.

An unnamed expert told Ekint that the suspicious equipment was capable of data transmission. Ekint for their part said in the Facebook post:

We don't know where the device comes from, or how it got into our office, but we can safely say that we have nothing to hide. You can find information on our website about all our activities, our published materials and our accounting reports.

In the comments section, some Facebook users questioned if Ekint’s finding was really a monitoring device as they claimed, and not just a device meant to filter out electromagnetic interference or “noise.”

Ekint said the same unnamed expert also told them the device is hard to obtain as a civilian. The Ministry of Interior, however, claimed in a statement to 444 news site that the device can easily be purchased from retail stores. They didn't address if they were or were not involved in surveilling Ekint, but added that organizations conducting covert intelligence activities do not buy such items from websites or retail stores.

A security adviser to Prime Minister Viktor Orbán said later at a press conference that the device has not been placed there by secret services. He argued that if that had been the case, it wouldn't have been so easy to find it.

The director of Ekint, Bernadette Somody, told Hungarian news site Index that they decided to do a check of their building after János Lázár, the head of the prime minister's office, claimed secret service reports show Hungarian-American businessman George Soros is manipulating the country's politics on migration through a group of organizations operating there. Hungary's government has earned criticism inside and outside the country for its vocally anti-immigration stance against the backdrop of the refugee crisis in Europe.

Ekint was created by the Soros Foundation in 2003 “in order to establish a novel, unconventional institutional framework for shaping democratic public affairs in Hungary,” according to the organization's about page. Soros-founded grantmaking-foundation Open Society Foundations (OSF) also provides a funding scheme for NGOs in Hungary.

While it's not certain who is behind the device found in Ekint's office, authorities have targeted NGOs in the recent past. In 2014, a campaign accused human rights NGOs that receive funding through the Norway Grants — a joint effort by Norway, Iceland and Liechtenstein to support projects aimed at reducing economic and social disparities in Europe — of political meddling. Police raided the office of one NGO that helped distribute those grants.

Ekint's discovery of the device also highlights an important European Court of Human Rights decision in favor of two Hungarians who were staff members of Ekint. They had complained that a law introduced in 2010 allows the Counter-Terrorism Centre of Hungary to conduct covert intelligence activities without proper external approval or warrant.

The court ruled in January that Hungary's legal framework violated Article 8 of the European Convention on Human Rights, which reads: 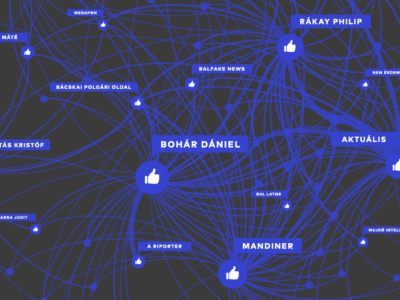