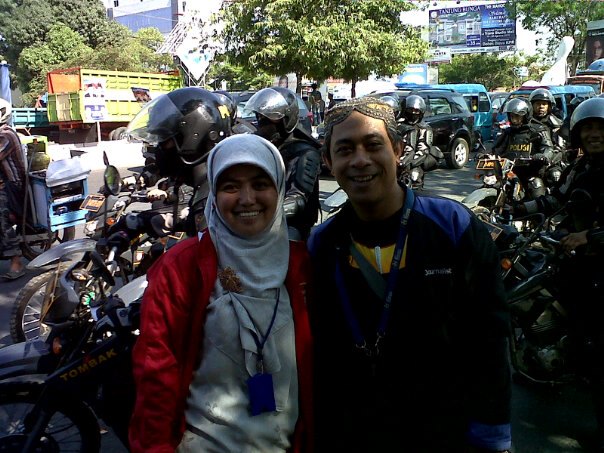 Two digital journalists based in Makassar, in the region of South Sulawesi, Indonesia were attacked on June 5, 2016, while attending an event held by Makassar branch of Islamic Students Alumni (KAHMI Makassar) at Makassar mayor's house.

Global Voices author Arpan Rachman and his wife Icha Lamboge, who is also a journalist, told Global Voices that two men in black uniforms – not the standard uniform of city security guards – stopped them and asked for their journalist ID cards. The men then took them into a small room behind the house where Arpan asked them to identify themselves, which they refused to do. One of the men then snatched Lamboge's mobile phone, which is her main reporting tool. When Rachman intervened and tried to get her phone back, the man grabbed punched him in the chest while the other man strangled him.

The couple reported the incident to police, and Rachman was examined by a doctor. He is recovering from the incident, however both he and his wife are fearing for their safety.

The Alliance for Independent Journalists in Makassar has documented 12 cases of journalist abuse thus far in 2016, including harassment while reporting, destruction of reporting tools, intimidation, and physical assault. Neither KAHMI, AJI, nor Makassar officials have issued any statement regarding the attack on Rachman and Lamboge. 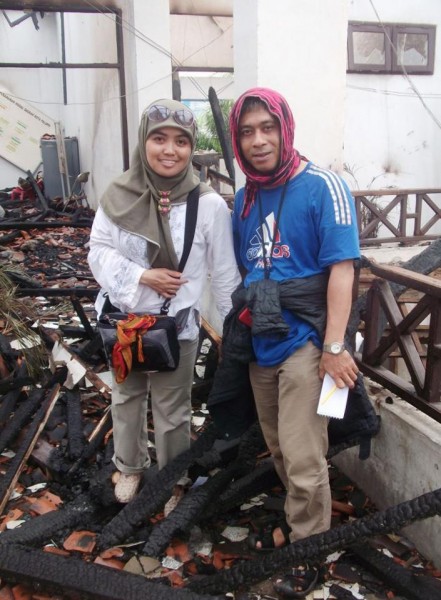 Arpan Rachman and Icha Lamboge covering the aftermath of elections, when the Palopo Mayor's office was burned. Photo courtesy of Arpan Rachman.

Shortly after the incident, Lamboge expressed concern that the incident would be “dismissed and forgotten or the evidence record doctored.” They have since obtained legal representation from Legal Aid Foundation Makassar, but much remains uncertain about their case. They continue to fear for their physical safety.

Both work actively as journalists, with Lamboge working chiefly with SINDO Trijaya FM, a radio station based in Jakarta, and Rachman working as investigative journalist with multiple local news outlets including BaKTINews, inspiratifnews, Membunuh Indonesia and Media Lingkungan.

The couple has worked together on stories that they suspect could have provoked the incident. For a recent print edition of the human rights magazine Torture: Asian and Global Perspectives, they wrote about controversial mass evictions taking place in the Bulogading zone at the center of Makassar. More than one online story about the evictions has been taken down as tensions have risen.

In Indonesia, violence against journalist happens regularly. Attacks like these often go unreported in the media, and perpetrators often go without punishment.

The case involving Arpan and Icha was covered by one local news website, but the story was subsequently removed for unknown reasons.

Global Voices community condemns all forms of violence against journalists in Indonesia and elsewhere in the world. As a community, we stand by our colleague Arpan and his family's appeal for truth and justice.