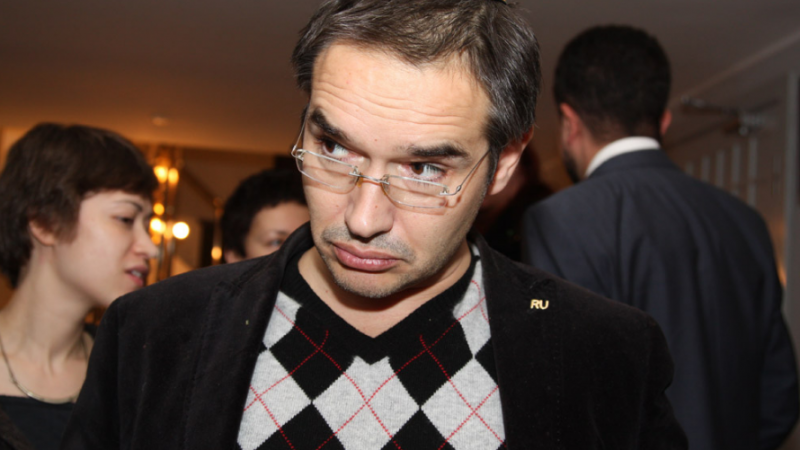 On Monday, a Russian state prosecutor called for prominent blogger and oppositionist Anton Nossik to be sentenced to two years in a penal colony for publishing “extremist statements” online. Nossik, one of the “founding fathers” of the Russian internet, was charged in February for publishing a blog post on his Live Journal account entitled “Wipe Syria from the Face of the Earth.”

Prosecutors allege that Nossik violated Article 282 of the Russian Criminal Code, “Incitement of Hatred or Enmity, as well as Abasement of Human Dignity,” which carries with it a maximum penalty of 4 years in prison.

The offending post, which was published on October 1, 2015, just weeks before Russia launched its bombing campaign in support of Syrian President Bashar al-Assad, remains active on Nossik's Live Journal account. The blogger, it appears, ran afoul of the Kremlin by expressing open and vehement opposition to the Assad regime. In the post, Nossik, an Israeli citizen, calls for the bombing of territory controlled by the Syrian government, which he previously compared to Nazi Germany:

For the last 70 years the Near East hasn't seen anything from Syria except aggression, war, cannibalism, ruin, and grief. Up until 2011, they exported all this horror to neighboring countries, but in 2011 they began to reap the seeds they sowed. It serves them right and I'm not sorry. All that's left is to destroy them, so that Jihad isn't exported to Europe.

Nossik maintains that he is innocent, but said on Monday he is prepared to serve a sentence in the hopes that his case will draw attention to the Russian government's practice of “convicting people for their thoughts.” Nossik posted about the prosecution's request on Facebook on Monday but did not offer any additional commentary.

Nossik seems to have gone too far in expressing his beliefs on Echo of Moscow, Russia's leading liberal radio station, on the same day he published his blog. He said his colleagues at Echo of Moscow told him that he had erred by “confusing the Internet with radio,” suggesting that restrictions on the freedom of speech are more stringent for radio than for the Internet.  Nossik defended himself by noting that he had joined the station's “Special Opinion” show, which, he argued, is intended for people with different points of view to “cross the line.”

The Chief Rabbi of Russia and a professor from Moscow State University spoke on Nossik's behalf at his trial.  Expert linguists from the Federal Security Service's (FSB) Institute of Criminology, meanwhile, testified that Nossik's post contained “extremist statements.”

Nossik is a member of Russia's opposition and has frequently spoken out about the Kremlin's crackdown on Internet freedom. One of Russia's first popular bloggers, he launched Gazeta.ru and Lenta.ru, at one time two of the country's most popular websites.

Nossik's verdict is set to be announced on October 3.