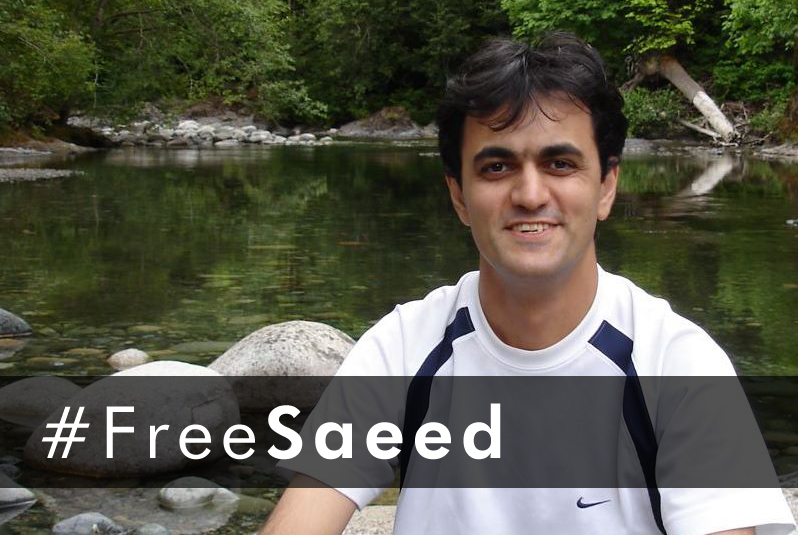 When Saeed Malekpour was arrested and jailed in 2008 over his code, it seemed like a nightmare of unjust proportions. Now, eight years on, the enduring nightmare seems unthinkable.

Saeed was living in Canada as a permanent resident before he embarked on what was supposed to be a short trip to Iran in October 2008. While visiting his father in Iran, authorities decided to target Malekpour for his open source software program that others had used to upload pornographic images to the Internet.

His story is one of many that exemplify the fear Iranian authorities use to control the nation's Internet space. Saeed was charged with threatening the nation's Islamic ideals and national security via propaganda against the system, but evidence against him was scant. He spent time in solitary confinement and gave forced confessions — widely publicized on national television in 2010 — that were extracted under torture, including beatings, electrocution and threats of rape.

He was originally sentenced to death. Some activists believe that global attention and internal pressure convinced Iran's Supreme Leader Ayatollah Khamenei to call off his death sentence and instead let him spend the rest of his life in prison.

Saeed's arrest coincided with the start of strict Internet control policies after a cyber crimes law was ratified in Iran in 2008. Many Internet activists have reasoned Saeed's case is also a product of a lack of awareness among Iranian authorities on how free software is created and used.

On the eighth anniversary of his arrest, there is a lot that can be done to help pressure the Iranian government, and others, such as the Canadian government, to press for his release. A coordinated Twitter storm has been spearheaded by Saeed's sister Maryam along with other dedicated campaigners.

Please contribute your voice on Tuesday, October 4, 2016 at 3pm EST to pressure for Saeed's release and make this final year in prison.

Other campaigns include the Electronic Frontier Foundation's Help Saeed: Write to Justin Trudeau initiative that asks supporters to send mail to the current Canadian government headed by Justin Trudeau to ask them to put pressure on the Iranian government for his release.

You can read Maryam Malekpour's plea to the Canadian government to help pressure for her brothers release here:

My Letter to Canada’s Foreign Minister