#FreeBassel: Missing for More Than a Year, Syrian Web Developer is Not Forgotten

It has been one year since Syrian-Palestinian software developer Bassel Khartabil, also known as Bassel Safadi, disappeared from his prison cell in Syria.

The open-source software developer and blogger has been in the custody of Syrian government authorities since March 2012. In October 2015, Bassel was taken from Adra prison, a civilian facility, to an undisclosed location. His wife, Noura Ghazi, reported that “military police took Bassel from his cell in Adra with a ‘top secret’ sealed order from the Military Field Court.”

On November 12, 2015, Ghazi reported that she was contacted by people who identified themselves as insiders in the Assad government who informed her of the alleged death sentence. Ghazi wrote on Facebook at the time:

These details on Bassel's location and condition were never confirmed, and no further information has been confirmed since October 2015. This is only the latest chapter in the story of Bassel's imprisonment and disappearance.

A Creative Commons leader in Syria and active in projects like Mozilla Firefox and Wikipedia, Bassel is credited with opening up the Syrian Internet and extending online access and knowledge to the public. According to the European Parliament, his detention is part of Syrian government efforts to restrict access to online communities and stifle freedom of expression in the country.

From March through December 2012, Bassel was held in a military intelligence base in the Kafr Suseh section of Damascus. At the end of 2012, he was transferred to Adra, where he was afforded occasional visits with family.

At Global Voices’ January 2014 Arab Bloggers Meeting in Amman, Jordan, Bassel sent a message from prison to our community:

In 2009, I was honored to have my body and soul with you in Beirut. That meeting taught me a lot and charged me for the next years of civic activism and for the now, with more challenges facing activists, bloggers, and countries. I know for sure that your future is in your hands, and it will be bright since you are still meeting!

I'm honored again to have my soul with you in this meeting while my body is still locked in jail. Which doesn't matter since we will win the future. 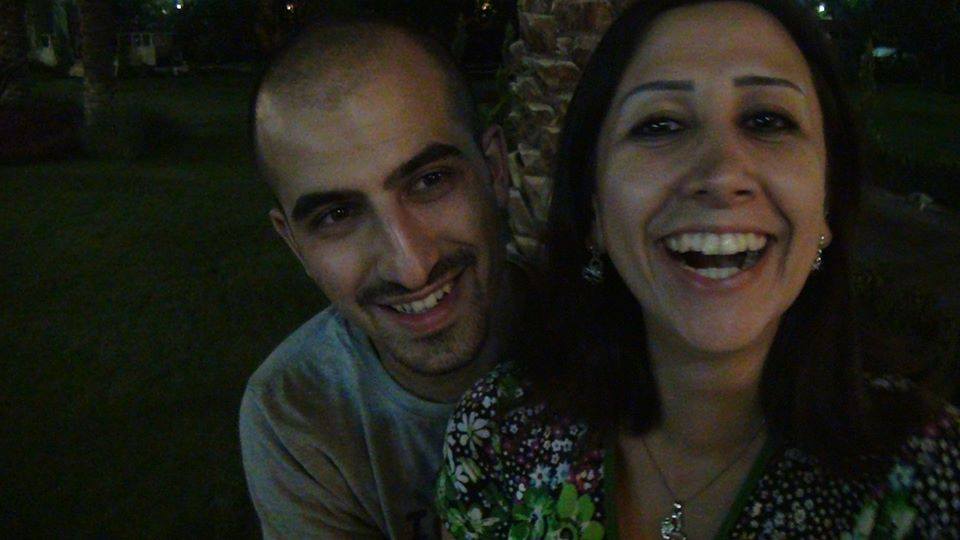 On 3 October 2016, Ghazi posted a long reflection (below) on the pain she has experienced since his arrest, and in particular, since his disappearance. Her hopes that he is still alive are dwindling.

It’s been a year, and what a long year. No one knows how the days and nights go by besides God. I’ve been waiting for Bassel for a year since his disappearance and four more years since his arrest. And I was ready to wait forever. But a year has passed since his absence, and there is no news but the one of his supposed execution a month after having disappeared…

A year where life goes on, but not mine. My life stopped with Bassel. Bassel isn’t coming back and every day the hope that he will ever come back fades away. Maybe I need to start dealing with his disappearance rationally and logically. It’s harsh to think this way, and even harsher still to feel that there is nothing to wait for. But I have to start facing reality, the reality of Bassel’s absence.

Holding on to hope is something beautiful and powerful. But hanging on to an illusion is a very dangerous illness. I should probably accept that my future will not have Bassel in it. Maybe it’s time for me to face that reality in a way that won’t hurt me even more. I know that this is difficult and ugly. But unfortunately this is the Syrian situation that me and Bassel are a part of…

I don’t know what awaits me, but I know that Bassel will remain present in my heart and soul until my last breath…

At the 2016 iGmena summit in Tunis, Global Voices contributor Leila Nachawati Rego remembered Bassel as well as prominent Egyptian coder, blogger and activist Alaa Abd El-Fattah, in prison for over 840 days, and Iranian Web Developer Saeed Malekpour, in prison for over eight years.

The Global Voices community has called for Bassel's release since 2012. We repeat our call on this sad anniversary in the hope that it will be our last.