Indonesia Drafts New Ban on Cyberbullying, But Activists Say They're the Target 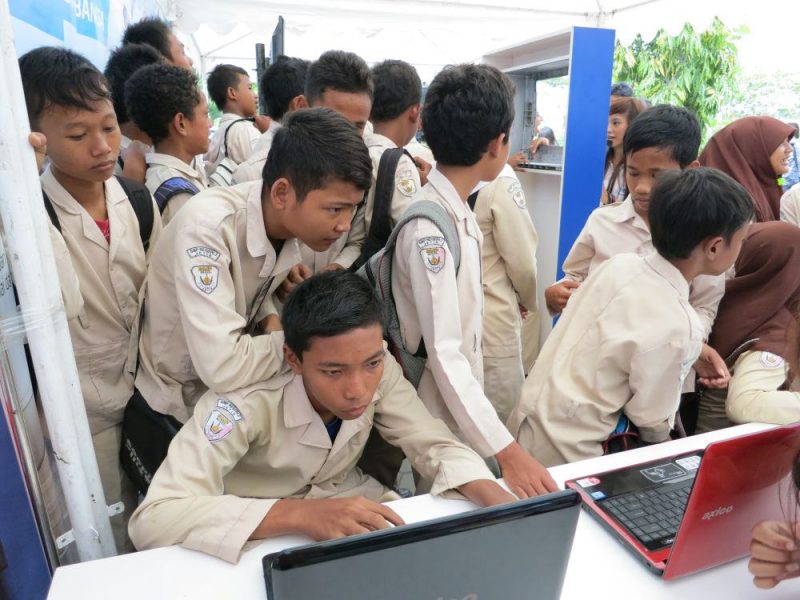 Students at a school in Yogyakarta, Indonesia. Photo by Intel Free Press via Flickr. (CC BY 2.0)

Proposed amendments to Indonesia's Electronic Information and Transactions (ITE) Law aim to protect children by criminalizing “cyberbullying,” but some activists and free-speech advocates warn that the new legislation could also be used to stifle legitimate dissent.

Since it was enacted in 2008, the government has used the ITE Law to harass and detain activists by charging the state's critics with defamation. In 2015, the Indonesian branch of the Southeast Asia Freedom of Expression Network (SafeNet) documented 11 such online defamation cases against activists.

So far, the Cyber Law—especially Chapter 27, Verse 3—has been used to prosecute dozens of people using Facebook, Twitter, and mobile applications such as WhatsApp and Blackberry Messenger.

SafeNet checked some of the defamation complaints reported to the police and found out that most of the accused are not really guilty of defamation or blasphemy:

We checked those cases and found out that they were not involved in anything that could be deemed defamatory or blasphemous. Many of the users were actually arrested for expressing their opinion freely on the internet. In some cases, they were detained for raising their voices against corrupt government officials.

Legal defamation charges online & offline on the rise since the turn of the decade after UUITE #IndoUpdate16 pic.twitter.com/8lJU5O5sg3

Responding to calls to review the “draconian” law, Indonesia's House of Representatives (DPR) vowed to amend the provisions pertaining to defamation, libel, slander, and wiretapping. The review was finished last August, but observers say the process was not transparent.

If adopted, the changes would soften the penalties for defamation, as critics have demanded, but it would introduce new punishments for cyberbullying.

According to Supriyadi Widodo Eddyono of the Institute for Criminal Justice Reform (ICJR), these reforms could undermine Indonesia's freedom of expression because there's no clear definition of what constitutes bullying in the country's legal system. Eddyono fears that the authorities could use the inserted provision to squash and even prevent public criticism.

According to one news report, for instance, the new ban on cyberbullying is worded in such a way that police could even use it to categorize sharing Internet memes that lampoon the government as a form of cyberbullying.

While Congress was finishing its review of the law, Indonesia's police, army, and anti-narcotics agency brought defamation charges against activist Harris Azhar, who published a confession by a convicted drug kingpin executed in July 2016. The confession links senior law-enforcement officers to drug-related corruption and bribery.

Among activists, Azhar's case has come to symbolize the dangers of an expanded cyber law, which they say could discourage potential whistleblowers from coming forward publicly, for fear of defamation charges.

The cyber law is used as an effective tool to spread fear against voices who want to unmask injustices in this country. This will diminish the public's participation to control the government's actions. Cyber law is being used against those who want to uphold democracy.

Some also question the timing of the amendment, coming as Indonesia's campaign season looms. Critics say the reforms could be used to intimidate political rivals and opposition parties in upcoming local and regional elections.