Hello Vodafone: What Does It Mean When a Global Telco Giant Enters Iran? 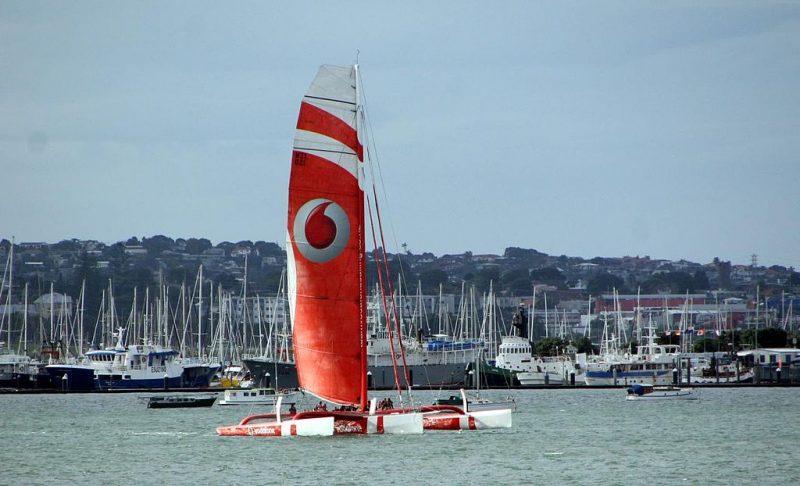 Vodafone has announced it will be indirectly entering the Iranian telephone and Internet market. Photo by Tom Purves via Wikimedia (CC BY-SA 2.0)

According the Vodafone-HiWEB announcement, these new services will be marketed to consumers through HiWEB branding. Vodafone will aid HiWEB in “modernizing infrastructure and expanding landline and mobile internet services for personal and business customers,” according to a report by the Wall Street Journal. The agreement will also allow international Vodafone customers to access mobile service in Iran through this partnership, similar to the partnership that US-based telco AT&T recently formed with Iranian mobile operator RighTel to provide cell phone coverage to US SIM cards in Iran.

While Vodafone will not be a direct partner (calling it a ‘non-equity Partner Market agreement”), the potential for complicity between Vodafone and Iran's existing telecommunication surveillance infrastructure is hard to ignore. Most countries have a precedent of forcing foreign telcos to cooperate with governments in communications surveillance. Iran, of course, is no exception.

In Iran, observers got a taste of this problem in 2010, when Nokia Siemens aided in the surveillance and arrest of Iranian journalist and political reformer Isa Saharkhiz in June 2010. He was arrested after Iran's intelligence tracked his mobile phone location through a Nokia Siemens surveillance tool sold to Iran's state-controlled telecommunication providers.

And Vodafone does not have a perfect in history when it comes to protecting the privacy of users’ communications. Edward Snowden's 2013 NSA leaks shed light on a Vodafone-affiliated telco aiding the UK's GCHQ in collecting Internet data from undersea cables. A Financial Times report also revealed Vodafone has been involved in the handover of massive troves of customer call records to the British police between 2009 and 2014. Most notable, however was in February 2009, when Vodafone revealed they had handed over communication data over to Egyptian authorities in their quest to identify the anti-government rioters protesting over the bread crisis.

Wiretapping has been common practice within Iran since the 1950s. After home telephone service was introduced after World War II, the term shunood — Persian for “listening” — became a household word associated with government monitoring of communications. A telephone operator would often be privy to your conversations, initially establishing your connections once the customer requested who they wanted to be connected with. The telephone operator was thus known to be “listening” in to your conversation. Later this term was re-appropriated for all manner of communications monitoring. The Wikipedia Farsi page for surveillance is thus entitled “shunood ertebatat mokharebati,” or the “listening of telecommunications.” 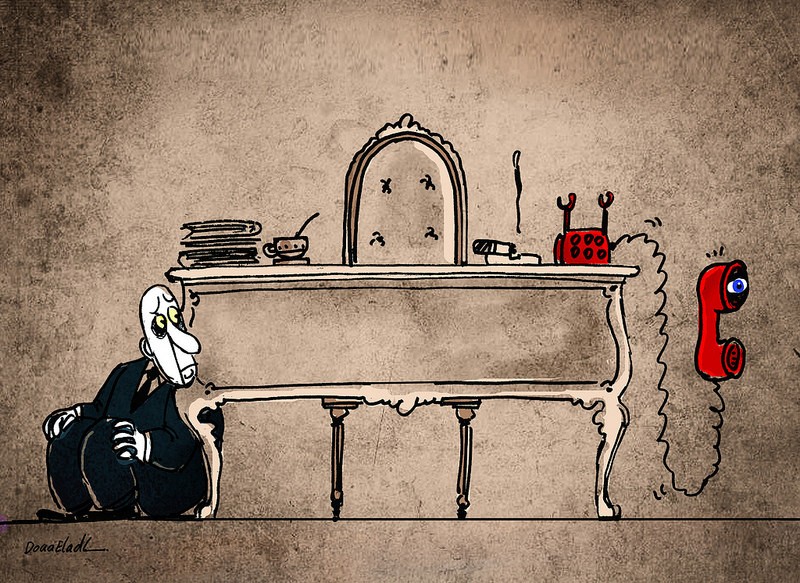 In recent years, advances in communication technologies have changed the state’s surveillance apparatus from mere listening to data mining and eavesdropping through Deep Packet Inspection, control over meta-data collected by telecommunication companies,and through physical wiretapping, which remains the most popular method inside Iran. While there are laws that protect the privacy of individuals, they often contradict the laws and practices of the state, thereby making room for justifications of surveillance if the “Islamic Revolution” (this refers to the ideals of the founding of the Islamic Republic, as well as the power structures that maintain the positions of the elite) is faced with any form of threat.

Over time, incidents such as Yahoo!'s aid to the Chinese government to arrest a journalist in 2002, or the Saharkhiz arrest with Nokia Siemens in 2010 have triggered increased pressure by rights groups to hold technology companies to account for the services and capabilities they give governments for the purposes of surveillance and oppression.

What the Vodafone deal means for Iranians

This and other recent international partnerships come in the wake of US sanctions related to the country's nuclear program. Until they were lifted earlier this year, sanctions prevented international partnerships with all kinds of companies, including telcos. This is a welcome change in the field of Internet and communications infrastructure, as there is great potential for important improvements in Iran's fixed and mobile broadband networks, which are notoriously slow and heavily censored.

From what the companies have made public, it appears that Iranians will still be signing on to service plans from HiWEB, a telecommunications company privatized in 2009 that works closely with the Ministry of Information, Communications and Technology to exclusively provide high speed internet access for a period of 10 years in 25,000 villages across Iran.

Vodafone's entrance into Iran however, does not seem to indicate the company's brands will be used to sell telephone or Internet plans to Iranians. This might mean less accountability on the part of Vodafone in the its practices affecting Iranian consumer rights, but the company has made no public statements on the matter. 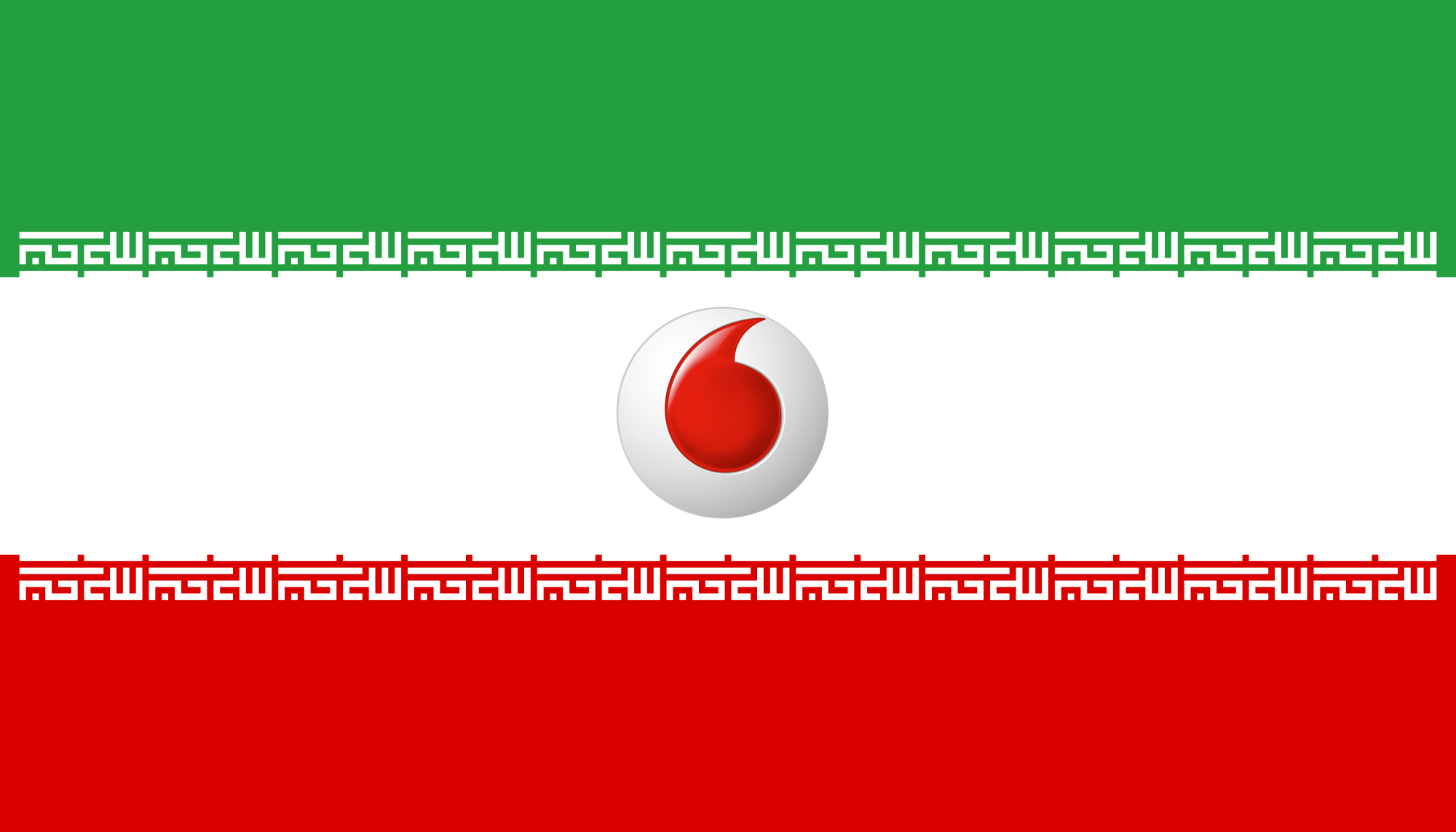 Image of the Iranian flag and the Vodafone logo remixed by author.

Iran's Internet infrastructure is built to centralize state control over the operations of telcos and ISPs. All ISPs and telcos require operations licenses and accountability to the Telecommunications Company of Iran (TCI), a operational branch of the Ministry of ICT that effectively controls the main ISP of the country.

When the government tried to privatize the TCI, the Revolutionary Guards bought about 50% of the shares of the TCI through one of their affiliated companies. The Revolutionary Guards are a branch of Iran's armed forces that is often involved in intelligence, surveillance and repression of dissidence, journalists and other elements they deem a threat to Iran's “Islamic Revolution”. All bodies of Iran's communications and Internet operations come under the influence of the Supreme Council of Cyberspace, a body accountable to the office of the Supreme Leader.

Conditions aside, Vodafone's decision to work with HiWEB does mean it will be entering this centralized web of government oversight.

Additionally, the Revolutionary Guards, who are involved in the operation of the countries central telco authority, remain under economic sanctions by the US government for activities associated with terrorism and human rights abuses. When France's telco Orange SA entered the Iranian market in September, the company released a statement acknowledging their efforts to avoid working with the Guards and violating sanctions in this system:

We are conducting feasibility studies to understand and assess what's possible in this complex environment, particularly with regards to certain economic sanctions that apply to Iran.

Vodafane has conceded that they need to abide by the various definitions of “lawful intercept” according to the local laws of the countries they operate in. As a result, the company launched a Law Enforcement Disclosure Report in 2014, outlining requests by governments and data handovers for each country in which they operate. It is unclear if this loose partnership in Iran through HiWEB will merit a country addition to this transparency document.

Despite this welcome step towards diversifying Iran's telecommunications market, it will be necessary to keep steady pressure and watch over the operations of Vodafone with Iranian carriers, especially with the precedent Vodafone has set in the UK and Egypt in cooperating with government surveillance efforts.