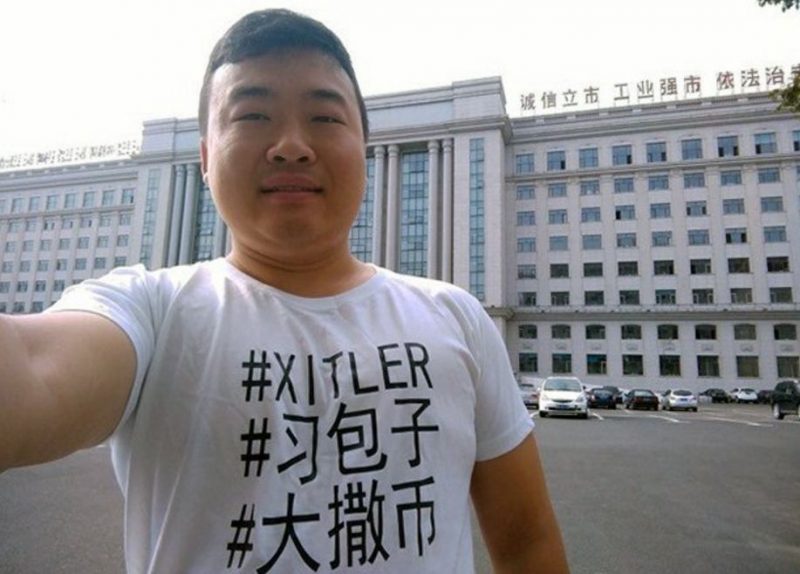 This post was written by Catherine Lai and originally published on Hong Kong Free Press on November 3, 2016. The version below is published on Global Voices under a partnership agreement.

A 28-year-old activist named Kwon Pyong was reportedly detained in Jilin, China after he shared plans to wear a t-shirt with messages expressing sentiments against Chinese President Xi Jinping.

The t-shirt, seen above, combines the President's family name, Xi, with the name Hitler.

He previously told a friend that he was planning to wear a t-shirt with anti-Xi messages on the street on October 1, China’s National Day. Friends of Kwon Pyong – who is ethnically Korean and previously studied abroad in the US – say that they have been unable to reach him for a month.

A friend of Kwon's named Gu Yi, who is studying abroad in the US, said he received a message from Kwon on September 30 that said “something [bad] happened”. Gu has been unable to contact him since. An officer at the Yanji police department confirmed to US-backed Radio Free Asia that Kwon is currently in police custody. Officers at the same police department who answered the phone were unable to confirm Kwon’s detention with Hong Kong Free Press.

But then he told me on Sept. 30 that he planned to walk around in that T-shirt. I told him not to do it, but he insisted […] We didn’t think he would run into trouble because he had worn that kind of t-shirt before.

I pretty much love to see that a independent HK will raise up in the future. https://t.co/9WHb6AbTv4

At the end of August, Kwon posted a photo of himself with the t-shirt on Twitter, saying that “Xitler” was inspired by a tweet from former Tiananmen Square student leader and activist Rose Tang. Below the word “Xitler” are Chinese phrases saying “Xi Baozi” (steamed buns) and “Big Spender” – both pejorative terms referring to the Chinese leader. The background of the photo may have included enough details to reveal his whereabouts in China.

Tang commented on his arrest:

He’s one of a very small number of young Chinese who have been outspoken in criticising the Chinese government on Twitter using their real names. Beijing has been cracking down on Chinese Twitter users for a number of years but his case signals a new wave of crackdowns on young Twitter users in its attempts to diminish the rare and sparse sparks of a pro-democracy and human rights movement which has been stymied since Xi Jinping took office.

US-based group the Federation of Chinese Students and Scholars issued a statement condemning his detention and calling for Kwon’s release. 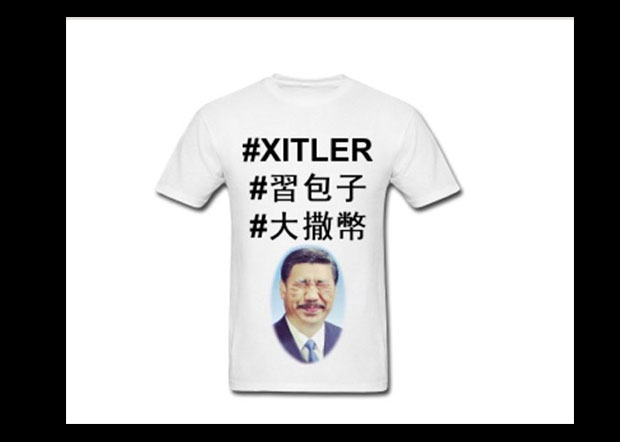