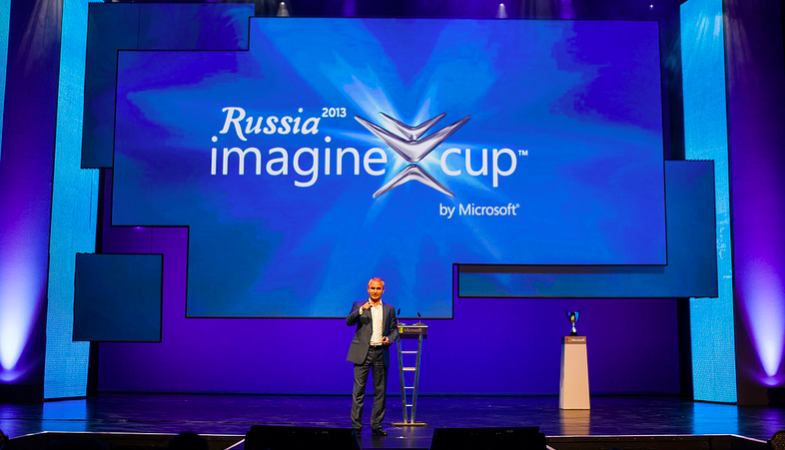 Russia's Federal Antimonopoly Service is opening an investigation into Microsoft for abusing its dominant position in the country's technology market.

The investigation, announced on November 10, comes amid renewed Kremlin efforts to crack down on US tech companies operating in Russia. Microsoft, Oracle, IBM, and others are facing increasingly heavy regulation and other Kremlin initiatives that threaten their access to the Russian market, which has an estimated worth of $3 billion.

Though Microsoft, which has been operating in Russia since 1992, remains the preferred software of Russian officials, the government is making a concerted effort to move away from the American tech giant: in September, Moscow began working to replace Microsoft software on municipal employees and officials’ computers.  State-controlled telecom behemoth Rostelecom announced last week that it intends to purchase a domestically-produced Microsoft substitute, My Office, which has already received tender offers from ten state agencies and institutions at different levels. Regional administrations, including Moscow's, have reportedly already replaced many Microsoft, Oracle, and Cisco systems related to a variety of tasks, from the operation of security cameras to database management.

The Kremlin wants to distance itself from the dominance of privately-owned Western technology infrastructure and products. But it's not entirely clear why. Does it fear US cyber retaliation? Does it want greater control over the communications and operations of government employees? Or is it simply seizing the opportunity to ceremonially bash another symbol of Western influence in Russia?

The Kremlin’s recent moves to restrict the use of American-made software by government employees are nothing new, but they do suggest the Russian government is turning up the heat. Since 2014, Moscow has increasingly limited US tech firms’ access to Russia, demanding backdoor access to user data (including the content of communications, like emails) and threatening prohibitive taxes on foreign-produced software.

Perhaps most importantly, the State Duma passed a law in 2015 mandating that companies with access to Russian users’ personal information store data on servers located in the country. Critics argue that the law threatens users’ security, making it easier for the Russian government to access their private information. The switch to Russian-made software may have the same effect, as many domestic producers have a cozy relationship with the state.

The local servers law provided the justification for a Russian court to uphold the government's decision to block LinkedIn in the country earlier this week. Many see the ban as a warning sign to Microsoft (whose purchase of LinkedIn is expected to be finalized by the the end of the year) and other American companies operating in Russia: either localize servers or leave the country.

The cause of the crackdown in 2014 was clear: US tech firms (including Microsoft, Google, and Oracle) took part in the sanctions regime directed against Russian financial entities that the US government levied after the annexation of Crimea, suspending support for developers and services on the peninsula.

But officials give differing explanations for recent actions against American companies. If you believe Communications Minister Nikolay Nikiforov, it’s a largely economic issue, aimed at directing taxpayer and state-owned company spending towards Russian developers. And indeed, since the massive devaluation of the Russian ruble in 2014, products made by Microsoft and other foreign companies have become significantly more expensive, making domestic software more attractive to individual Russian users and state agencies alike.

If you believe German Klimenko, the man whom Putin personally tasked with replacing foreign software and levying taxes on items sold in major online stores at the beginning of this year, you get a slightly more colorful explanation. Economics have played a role, he says, but so has the annexation of Crimea and concurrent increased suspicion about coordination between American firms and the intelligence community.

Klimenko and Russian tech bloggers anticipate that a full-scale replacement of Microsoft software would take at least five years and be highly labor intensive. Certainly, the transition away from American tech firms—if it happens at all—will not be immediate or comprehensive. Moscow is discussing eventually replacing 600,000 Microsoft servers and devices, but has thus far only sought to replace Exchange and Outlook with a domestically produced email system for 6,000 users in the Moscow municipal government. Despite pressure to move away from Microsoft, change won't come immediately: Kremlin Press Secretary Dmitry Peskov said on November 2 that a complete replacement of Microsoft products across all state agencies would be possible once “domestic manufacturers give birth to something more effective.”

There is also, of course, the role of anti-American sentiment. Is Russian behavior towards Microsoft and its peers another example of the crusade against “foreign agents” seeking to weaken Russia from within? This is difficult to diagnose objectively, but looking again at Klimenko’s comments, it is clear that deep-rooted suspicion plays a role. In a February interview, he characterized Google as a “national security threat.”

In a widely circulated piece entitled “Putin Frightens the CIA with Import-Substitution of Microsoft,” Ruslan Ostashko, a popular pro-Kremlin blogger and founder of the website Politrussia.com, reflected on why US media are so alarmed by Russian efforts to restrict the sale of Microsoft software.

Perhaps the CIA is afraid of finding itself without its main source of information in Russia? […] the American company Microsoft is suspected of having worked with American intelligence agencies, and this is why they are preparing to expel them from the state contracts market.

Russian bloggers like Ostashko have made sure to draw attention to the fact that Oracle’s first client was the CIA, too. In the following video, published on Politrussia.com, Ostashko reads his blog post on import-substitution, arguing that Microsoft is sharing information with the CIA.

The ramped-up pressure on US tech firms should not simply be written off as a symptom of worsening tension, but recognized for what it is: a policy. This policy aims to pull US companies out of Russia's technology ecosystem, a move that would presumably provide greater protection from surveillance born out of cooperation between US firms and US intelligence agencies, as well as the removal of a American leverage point in the event of further sanctioning.