A French Videographer is Detained, Highlighting France's Odd Use of ‘State of Emergency’ 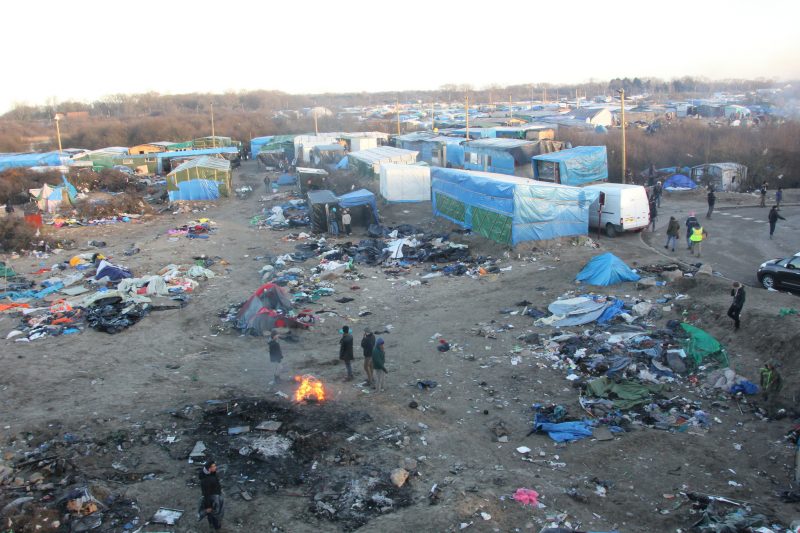 French freelance videographer Gaspard Glanz was taken into custody on October 26 as he was filming a video of the dismantling of the Calais “jungle”, a massive refugee camp near Port of Calais, which was evacuated by French authorities on October 24, 2016.

Thirty-three hours after his arrest, Glanz was released with a restraining order barring him from all “locations where turmoil is predictable” and the district of Calais, France in particular “until the end of the state of emergency.” Glanz was also required to report every Saturday to the police office of Strasbourg which is his city of residence, 600 kilometers from Calais, thus complicating the pursuit of his work in Calais going forward.

The ordinance from the prefecture (administration in charge of delivering licenses) that details these measures and their area of implementation is based upon the state of emergency bill introduced in France after the November 2015 attacks. This bill is still in effect today. In this context, the head of the prefecture, as local representatives of the State's power, may establish Security Zones. The Calais region was designated as a security zone on October 23, 2016.

Glanz recalled the story of his arrest on his website, Taranis News. Describing the events leading to his arrest, followed by his long detention, he claimed that the arrest came “from the highest level of national authority”.

Shortly after, he was also accused of stealing a walkie-talkie from the security forces in Calais. He proceeds to recklessly post a picture of the walkie talkie he took on Twitter.

He was also charged with public libel of twelve police officers from Rennes. Glanz posted on Facebook a group photo showing them in the street with the following caption: “Ein Reich, ein Volk, ein Führer” ( One Empire, One People, One Leader), reproducing (in German) the Nazi party's slogan in the 1930s. The word “nazi” is not explicit but the allusion is clear.

The Article 433-5 of the French penal code punishes outrage to public authority with 6 months of imprisonment and a fine of 7500 €. These last two charges earned him two upcoming trials in January and March 2017.

Glanz is Present at Every Protest in France

The one-person project that is Taranis News has a unique place in the French media landscape. It focuses on reporting on all social and protester movements in France – which have been numerous in the country in the last few days: from the protest against the Notre-Dame des Landes airport project to Calais operations, through the Nuit Debout [nightly sit-ins] demonstrations and the rallies against the labour law.

The kind of journalism practiced by Taranis News, of immersion among protesters, comprises a risk that is both physical – leaving reporters vulnerable to clashes between security forces and protesters – and judicial. And it is exacerbated by a taste for provocation, expressed in Gaspard Glanz's motto on his Twitter profile: “I love the smell of tear gas in the morning” – and as shown by his present woes.

Taranis News is indeed present everywhere where demonstrations occur in France, no matter what side the protesters are on, with or without repression. The reporter has even covered the current demonstrations by police officers striving for more resources. His trade requires the freedom to travel constantly in the field.

Thus, the restraining order that requires him to show up to the police station in his town weekly has become a major hindrance to his work:

Requiring me to clock in every Saturday at the police office of Strasbourg will ruin my professional activity. Please understand that I travel constantly, that I have covered tens of thousands of kilometers since the beginning of the year, traveling both ways between Rennes, Nantes, Paris, Lille, Calais, and I stayed in Strasbourg just only less than a month in all in the whole year. Forcing me to travel 1600 to 1800 km back and forth (if I were in Rennes or Nantes for example) every week just to clock in at the police office of Strasbourg, it's going to squeeze me economically.

In a tweet from his personal account, the journalist Michel Mompontet pointed out to the existence of some lack of solidarity in the media world:

It is strange to hear all those well-established journalists explain that @GaspardGlanz isn't a journalist since he's an activist.

Because he embodies a journalism that is on the edge between information and action, Gaspard Glanz has made some enemies, not only with the security forces side but also in the media circles. Yet his video reports, almost always without any editorial comments but shown from the point of view of protesters, are always eagerly sought out by news agencies such as AFP and BBC.

Is he an activist? Absolutely, Glanz is quite close to the No borders association, the self-managed movement for the abolition of borders, and from the left of the French left ideology. Indeed, Regards.fr, a left-leaning media outlet was among the first to provide him support. Only a few other left-leaning media have shown support so far such as Mediapart. Mediapart's journalists wrote the following:

The repetitive occurrence of legal prosecutions towards Glanz for questionable reasons with respect to free speech suggests harassment towards the journalist. The editorial board of Mediapart will scrutinize the course of his upcoming trials because this is of concern not only to the fate of this professional journalist (even if he does not hold a press card), but also of concern to the rights and independence of an entire profession.

Does his activism mean that he is behaving unethically? Or that he is not a “real” journalist? Glanz has been attacked in article comments and on social networks, with people often emphasizing the fact that he does not have a press card and embraces his status as an activist, something that many see as being at odds with journalistic ethics. To obtain a press card, one of the criteria in France is that one must be employed by a media outlet. That is not the case for many freelance journalists and it is not necessarily a guarantee of independence and press freedom.

Highjacking of the State of Emergency Bill?

The state of emergency, introduced in France following the November 2015 attacks, was extended for the fourth time last July, until the end of January 2017, in the aftermath of the Nice attack. This is important for Glanz, as his restraining order will theoretically end when the state of emergency ends. But this could be bound for an unlimited extension as the result of the ever-presence of terrorist threats.

The State of Emergency Bill was a common alibi that the government used recently to suppress protests. It was used for the first time during the COP 21 in Paris in November 2015. In a recent book collecting confidences made by François Hollande [current French President] and published (without his accord) “Un président ne devrait pas dire ça” [A president shouldn't say that] , we can read :

The president stated the following: “The truth is, the state of emergency has been used to secure the COP 21, something we couldn't have done otherwise… Let's imagine for a moment that the attacks hadn't occurred. We wouldn't have been able to arrest the Zadists (environmental activists) in order to prevent them from demonstrating. This was made easy by the state of emergency, it was used for other reasons than the anti-terror fight, in order to avoid clashes”.

In the current French political context, the president is extremely unpopular at the approach of the presidential campaign in 2017 with an approval rating around 13%.  Any live video recording of the dismantling of the Calais Jungle could be detrimental to the narrative of humanitarian treatment of refugees presented by the government. As the newspaper Le Monde put it:

The narrative was almost too good to be true… From the very preparation of the Calais “jungle” dismantling, the Place Beauveau [interior ministry] and the head of the prefecture of Pas-de-Calais Region, Fabienne Buccio, worked on the eviction process of the camp so that it follows the convenient story of a France that is a land of human rights and asylum. Everything has been conceived to persuade the public that it was a humanitarian operation.

Information Freedom and Diminishing the Rule of Law

While the reasons of the journalist's arrest remain open to controversy, it still sheds light on real concerns about how the state of emergency is – and probably will continue to be – used with complacency in France to muzzle a certain number of protests.

The prestigious French media follow the present situation of their colleagues in Turkeye and Hungary and they are very concerned. Unfortunately, they seem less inclined to question themselves towards « the procedural challenges » aimed at Gaspard Glanz under the cover of the State of Emergency.