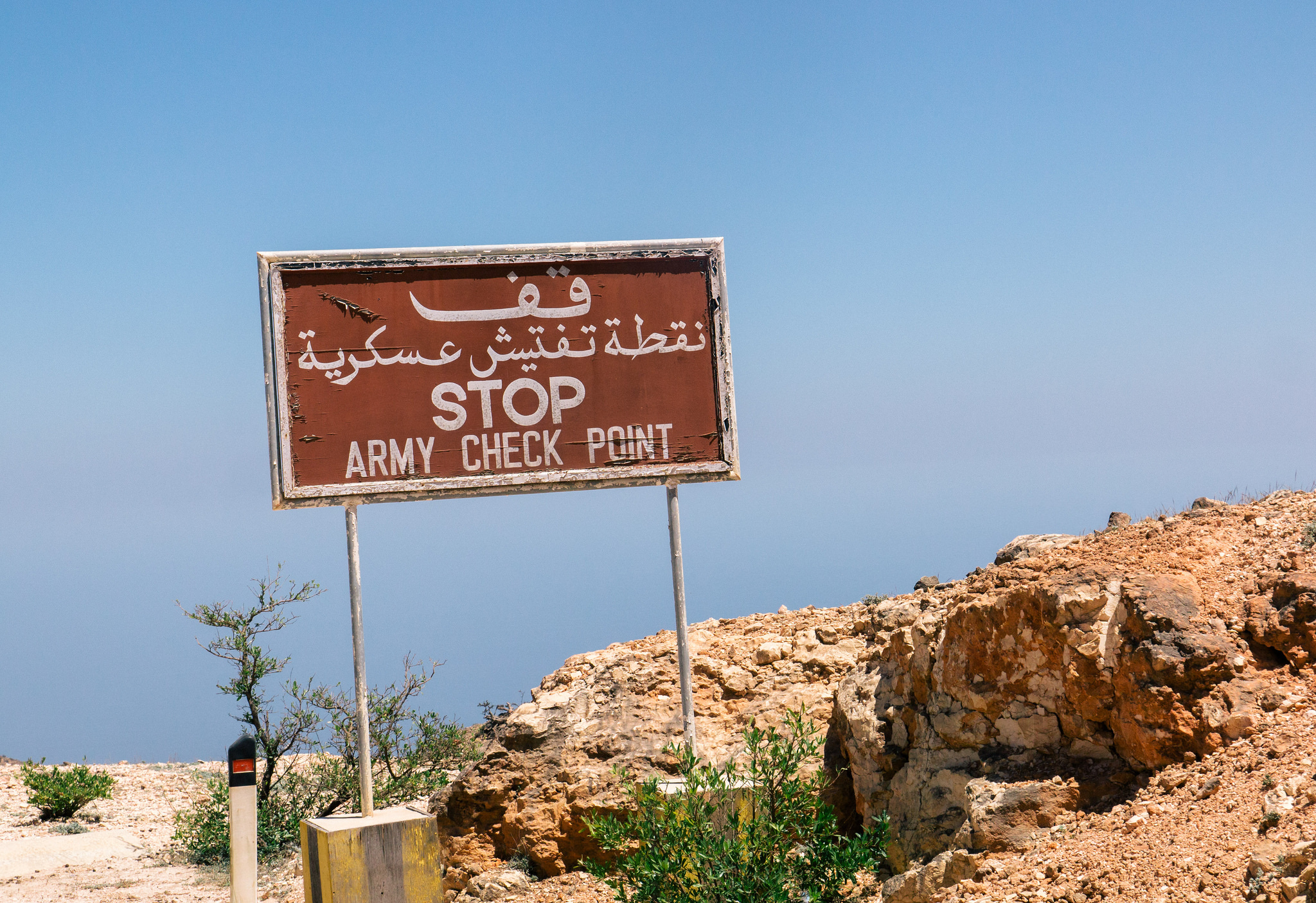 An army checkpoint in Salalah, the capital city of the southern Dhofar region in Oman, where leftist rebels launched a rebellion against the rule of the former Sultan in 1962. Dhofar was also a hotbed of anti government protests in 2011. Photo by Juozas Šalna.

On 8 November, a primary court in the Omani capital Muscat sentenced [2] poet and film critic Abdullah Habib to three years in jail and a fine of 2,000 Omani Rials (US $5200) over his Facebook posts addressing religion, politics and human rights in the Sultanate.

According to the Omani Monitor for Human Rights, Habib was convicted [3] of blasphemy, religious contempt, and “using the Internet in what would prejudice the state public order,” under Article 19 of the country's Information Technology Crimes Act. 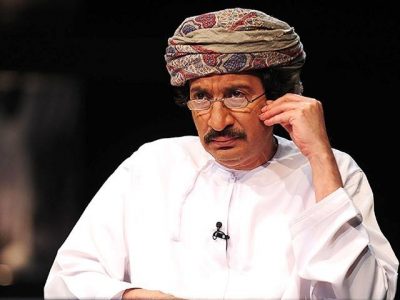 Habib's arrest was triggered by a Facebook post [5] calling for the Omani government to reveal the burial sites of rebels killed amid civil unrest [6] in the region of Dhofar between 1962 and 1976. Leftist and Arab nationalist rebels then sought to overthrow the rule of the previous Sultan, the father of the current ruler Sultan Qaboos bin Said Al Said, and instead to establish a communist state.

Habib was first arrested when he appeared for investigation before the Omani Internal Security Service (ISS), in April 2016. The 53-year-old was detained upon arrival and held incommunicado before his release in early May.

He was arrested again on 11 July over posts addressing fasting and the Muslim call to prayer. According to a Facebook support page [7], in those posts, Habib denounced what he deemed “religious and social hypocrisy as exemplified in exaggerated feasts” during Ramadan, the Muslim month of fasting, and the use of loudspeakers to air Adhan or the call to prayer, particularly during times of rest in densely populated areas.

In a 10 May 2016 statement on the case, Amnesty International wrote:

Oman imposes arbitrary restrictions on the right to freedom of expression and in recent years many peaceful activists, government critics and others have been arrested and detained, often on public order charges or under vaguely worded penal code provisions that criminalize insulting the Sultan. Those detained are often held for several days before being released. Abdullah Habib’s case is an example of the pattern of intimidation by Omani authorities, including the ISS, of people who are simply exercising their right to freedom of expression.

Habib's experience forms part of a longer trend. Following unprecedented protests [8] denouncing corruption and demanding jobs in February 2011, the Omani government launched a crackdown on independent media [9], activists, writers and bloggers. In the same year, the Sultan issued a cyber-crime law [10] containing vague provisions that restrict free expression online. Article 17 of the law prescribes a prison term between one month and three years against those convicted of using information and communication technologies to distribute materials that “might prejudice or violate the public ethics”. Article 19 punishes by the same prison sentence those found guilty of distributing and possessing content that “might prejudice the public order or religious values”.

Attacks on free expression continue unabated in Oman today. On the same day of Habib's sentencing, an administrative court upheld a previous verdict confirming the Ministry of Information's decision to ban the daily independent newspaper Alzamn [11] over a report on government interference with the judiciary.

With a graduate degree in Critical Film Studies from the University of California at Los Angeles, Abudllah Habib has directed five short films and published twelve books in poetry and shot story collections. He also won [12]several awards for his work including the Abu Dhabi Cultural Association Award in 1992, for his film This is Not a Pipe, and the General Secretariat of the Gulf Cooperation Council (GCC) award for excellence in cultural production in 2013. A member of the founding committee of cinema in the GCC, Habib translated into Arabic, writings in film criticism and literary theory including Robert Bresson’s Notes on Cinematography, and the Space of Literature by French writer Maurice Blanchot.

In an interview [13] given to the online news site Al-Araby Al-Jadeed in February this year, Habib described the 2011 protests in his country as an “Omani spring”, adding that those protests represent “an unprecedented development in the modern Omani history, since they broke the barrier of fear within the Omani citizen.” He also described the “Arab Spring” as a “continuation of his generation's dream of freedom and a life of dignity”:

As long as there is a human being exploiting a human being, there are revolutionary dreams, and dreams make the future.