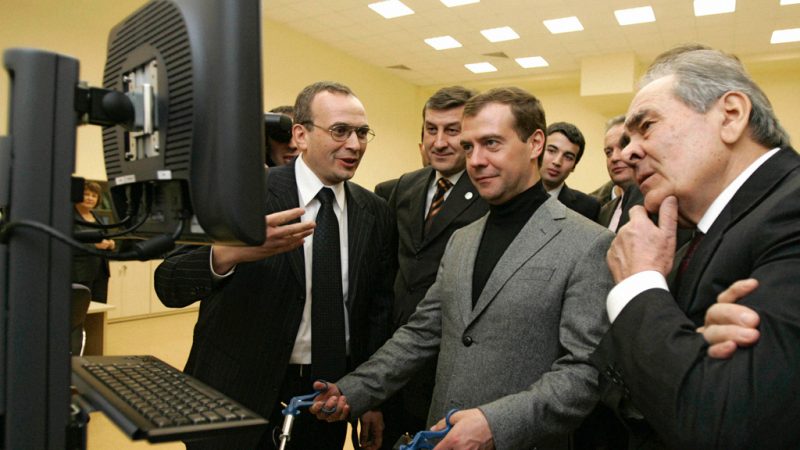 Freedom House’s annual “Freedom on the Net” report, released this month, paints a worrying picture of declining internet freedom in Russian-speaking parts of the world. Russia, Belarus and Central Asian states including Kazakhstan and Uzbekistan were rated as “not free” in the report, while Ukraine was rated “partially free.” With the exception of Belarus, all of these countries have fallen in the report’s ratings since last year.

The report uses a scoring process that measures barriers to accessing data, limits on internet content, and recorded violations of user rights as they are articulated by international human rights doctrine, as well as methodological criteria developed by the organization itself. Freedom House is based in the United States and is funded primarily by US government aid agencies.

Russia’s ranking fell as a result of the introduction of new legal restrictions on internet users, including a legislative package know as the “Yarovaya Law,” which circumscribes internet freedoms ostensibly to fight terrorism. The Yarovaya Law requires telecommunications developers to provide backdoor access to authorities and introduces restrictions on the religious activities of certain denominations. By increasing the maximum penalty for “justifying” terrorism online, the law also sets a precedent for more aggressive legal action against social media users. Freedom House also notes that online activists have been increasingly subjected to cyberattacks and physical violence.

While Russia does have a high degree of internet penetration, Freedom House and other observers have voiced concerns over the prominence of state-owned internet service provider Rostelecom in the telecommunications industry. But state control over the internet is not necessarily seen as a bad thing in Russia: According to a public opinion poll conducted by the Moscow-based Levada Center earlier this year, 60 percent of respondents said that internet censorship is needed in Russia.

Ukraine's falling Freedom of the Net rating is tied to events surrounding the War in Donbas. As in Russia, Ukrainian authorities have cracked down on “extremist” expression online, which is usually linked to criticism of Kyiv’s role in the war or support for Russian-backed separatists in the east. Authorities in the breakaway republics of Donetsk and Luhansk in eastern Ukraine have engaged in reciprocal efforts, seeking to block content that is related to Ukrainian cultural identity or is supportive of Kyiv’s war effort.

Some efforts have been driven by non-state actors: earlier this year, Ukrainian nationalists released the personal information of thousands of journalists covering the conflict in the east.

#Ukraine has fallen 11 spots on the Internet freedom ranking index since 2012. pic.twitter.com/T809v7kqRQ

More positively, activists have made use of the web as a platform to combat Kremlin-propagated misinformation, and to coordinate civil society initiatives.

Still, repressive policies continue to hinder free expression on the web in Belarus. Journalists, bloggers, and average internet users continue to be targeted by authorities. The recent introduction of new legal initiatives and technical measures has enhanced the Belarusian government’s ability to monitor and prosecute users: internet service providers are required to retain information on users’ browsing history for one year, and deep packet inspection (DPI) technology has been used since 2011 to filter content. Like in Russia, the government employs spyware and malware to surveil its population online.