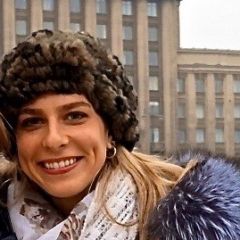 Roskomnadzor, the Kremlin's federal censorship agency, is responsible for regulating the Internet in Russia, which includes enforcing police orders and court decisions to ban websites and online services deemed “harmful” or “illicit.”

According to figures released in April 2016, Roskomnadzor has blocked more than 25,000 websites, though the actual number of sites affected by these bans is more than 600,000, say activists at RosKomSvoboda, because they share the same IP addresses as sites blacklisted officially.

Today, the number of banned websites in Russia is still rising steadily. As 2016 comes to a close, RuNet Echo looks back at the five most controversial, infamous, and even ironic actions this year by Russia's federal censors.

On January 25, a city court in Moscow ordered RuTracker.org, the biggest torrent tracker (enabling peer-to-peer file sharing), to be blocked in Russia permanently. RuTracker.org had an average monthly visitor count of 70 million individuals, not only from Russia, but across the former USSR and abroad. The original lawsuit was filed by one of the largest publishing houses in Russia, “Eksmo,” and “SBA Production,” a subsidiary of Warner Music Russia, which is owned by Warner Music Group, one of the fiercest promoters of copyright protections in the world.

The verdict illustrated a push by the Russian authorities to crack down on piracy—whatever the location of the copyright owners. When RuTracker.org learned of its imminent blacklisting, it began an “education campaign” to teach its users how to bypass the Russian regulators by using VPNs, proxy servers, and the Tor Network.

Roskomnadzor’s blacklist campaign took an ironic turn in July, when the agency briefly blocked “Comodo,” which was one of thousands of websites listed in a court ruling detailing a massive number of sites to be blocked.

The company is one of the world's largest providers of SSL certificates, a technical tool that many websites use in order to provide themselves and their users with an extra layer of reassurance that their traffic is actually being sent to and from the site they think they're interacting with. In fact, Comodo is so large that it is Roskomnadzor’s very own SSL-certificate provider.

By blocking Comodo, the watchdog’s site was rendered inaccessible, as well as were several other Russian government websites. Comodo was quickly removed from the federal blacklist following the realization of the gaffe, though Russian regulators revealed that enforcing sweeping court rulings sometimes means they are unable to review the very websites they are charged with blocking.

In one of the most notable blacklist additions in 2016, Moscow’s Tagansky Court approved Roskomnadzor’s request to add professional networking site LinkedIn to Russia's federal blacklist in August. The courts ruled to uphold this decision, effectively blocking LinkedIn inside Russia on November 17.

There are numerous theories about why Russian state censors targeted LinkedIn. Roskomnadzor cited security concerns, pointing to a major cyberattack on the service in 2012, in which millions of passwords and and other account information was stolen.

Critics, however, say the crackdown on LinkedIn was a sort of trial balloon, and the service was selected because of its “second-tier status” in Russia, where the platform has never been extremely popular. In other words, state officials know they could ban LinkedIn without provoking the outcry that might follow from a similar action against, say, WhatsApp.

On December 5, Roskomnadzor spokesman Vadim Ampelonsky announced that news aggregation sites owned by foreign companies whose traffic is greater that 1 million visitors per day will have three months to register their legal entities within Russia and will be placed on a special register.

The sites — which would include Bing.com and, most notably, Google News under google.com — will have from January 1, 2017, until the end of March 2017 to change their registration data or set up subsidiaries in Russia. If they do not comply by that date, they risk, like so many websites before them, being placed on the government's infamous blacklist.

A comprehensive list of Roskomnadzor’s actions from 2010 to present day can be found here.