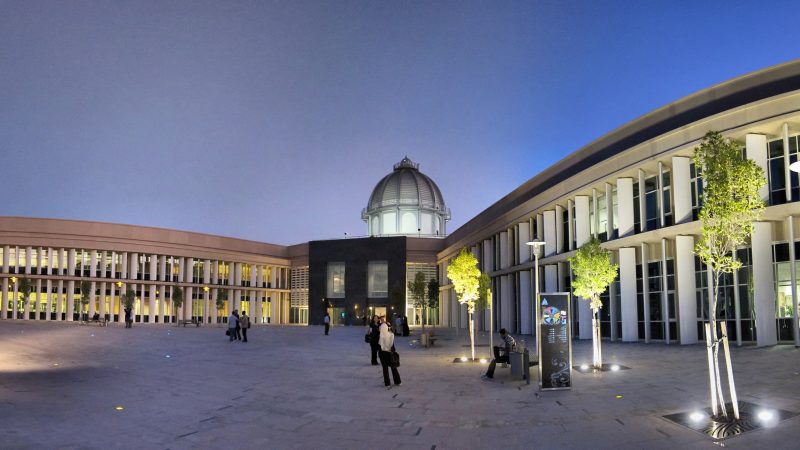 The Abu Dhabi branch of the Paris-Sorbonne University, where Nasser Bin Ghaith used to lecture. Photo posted by Panorams on Flickr under a creative commons license

Rights groups have expressed concerns about the deteriorating health of UAE academic and economist Nasser Bin Ghaith, in prison since August 2015, over charges that include the peaceful exercise of his right to free speech.

Among other charges, Bin Ghaith is accused of committing a “hostile act” against a foreign country over tweets critical of Egyptian authorities and their 2013 bloody crackdown on protesters gathering at Rabaa square against the military's removal of elected president Muhammad Morsi. The crackdown resulted in more than 800 civilian casualties, according to Human Rights Watch. 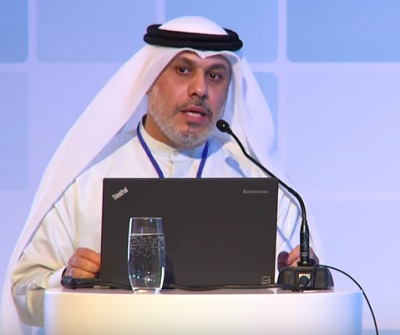 On Wednesday, the appeal court postponed his trial, already postponed several times before by the supreme court, to 22 February.

Following his arrest in August 2015, UAE authorities held Bin Ghaith incommunicado for nine months. During a first court appearance on 4 April last year, he told the judge that he was beaten and deprived of sleep while in detention.

Abuse against Bin Ghaith continues and rights groups are now raising the alarm about his deteriorating health. In a 15 January statement, the Gulf Center for Human Rights said:

Bin Ghaith is reportedly suffering from serious medical issues that require immediate attention by a specialised doctor, but he is not getting medical treatment while in Al-Sader jail, in the Security Ward. He had faced previous health issues, including tooth pain, which was treated after several weeks. He also was not given his glasses for several weeks. In addition, he has been refused access to winter clothes. Bin Ghaith also suffers from high blood pressure, and is not always given access to his medication. His blood pressure has not been measured for over nine months. He has only been allowed to leave his cell for an hour to walk in the sun, and has been kept in solitary since his arrest in August 2015, except for two weeks.

No phone calls are allowed to his lawyer, and calls to his family are arbitrary, sometimes allowed and sometimes not allowed for weeks.

The non-profit organization Americans for Democracy and Human Rights in Bahrain said on 17 January:

Dr. bin Ghaith has reportedly also begun to suffer from a serious medical condition that requires prompt treatment from a specialized doctor. Emirati authorities have failed to provide such treatment. In the rare event that Emirati officials have responded to bin Ghaith’s medical needs, they have failed to do so in a timely manner. It took several weeks, for example, for a doctor to examine Dr. bin Ghaith for pain he had experienced in his teeth; authorities have also been inconsistent in their provision of medicine that Dr. bin Ghaith takes to control his blood pressure. Dr. bin Ghaith has alleged that, during his disappearance, security forces tortured him by beating him, depriving him of sleep, and subjecting him to other forms of physical abuse.

Bin Ghaith is facing in total five charges, three of them for expressing his thoughts online. Some of the charges fall under Article 29 of the UAE’s 2012 Cybercrime Law which criminalizes publishing content with “sarcastic intent” or to “damage the reputation” of the state or its leaders, a crime punishable by up to 15 years in jail. This accusation is in relation to a tweet “ridiculing the UAE’s decision to allot land to build a Hindu temple”, according to local media reports. The two remaining charges are related to his links with the Ummah and Al-Islah parties listed by Emirati authorities as “terrorist” organizations.

On 18 January, Bin Ghaith appeared for the first time before the Abu Dhabi Federal Appeal Court, after his case was transferred from the Federal Supreme Court in accordance with a new decree (decree-law no. 11/2016) under which the Federal Appeal Court is now responsible for cases related to state security. This modification gives Bin Ghaith the opportunity to appeal his sentence in the future, since sentences issued by the Supreme Court in the UAE are not subject to appeal. However, his lengthy trial is not set to come to an end anytime soon.

Wary of an Arab-Spring like uprising within its borders, the UAE government launched an unprecedented crackdown on critics and activists in 2011. This crackdown has not come to an end, as the government continues to resort to tactics of arrests, enforced disappearances, incommunicado detentions, unfair trials and torture of those in prison.