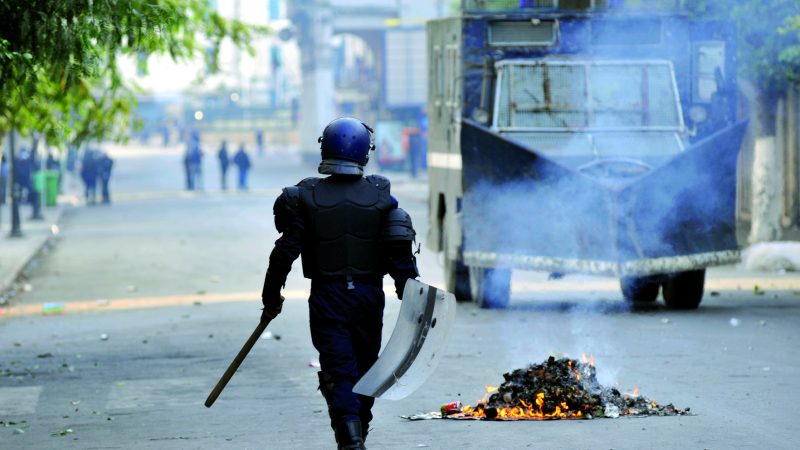 Algerian authorities have charged blogger Merzoug Touati with “exchanging intelligence with a foreign power”, over a publicly posted video interview he conducted with a spokesperson for the Israeli Foreign Ministry.

Police arrested Touati on 18 January and confiscated his computer and camera, according to the Algerian League for Human Rights (LADDH). The group's lawyers are representing Touati in court.

LADDH lawyer Ikken Sofiane told Algerian news site El-Watan that Touati was charged under article 71 of the Penal Code which prescribes a punishment of up to 20 years in jail for anyone convicted of “exchanging with agents of a foreign power intelligence which could harm the military or diplomatic status of Algeria or its vital economic interests.”

Merzoug Touati could face an additional 1-5 years in prison for “incitement to armed protests against the State.” His trial date has not been set yet. 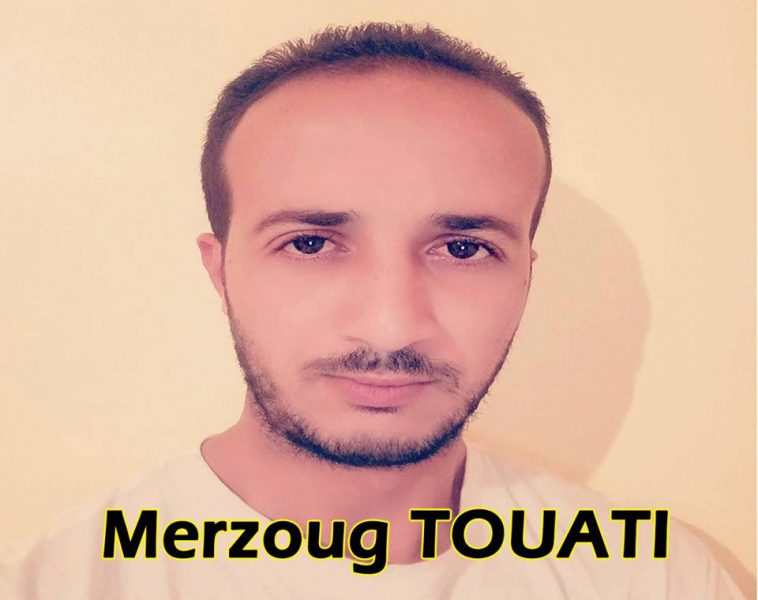 On 9 January, Touati posted on YouTube and on his blog Alhogra a video interview with Hassan Kaabia, the Israeli foreign ministry's spokesperson for Arabic-speaking media. The interview focused on the public response to the 2017 Finance Law, which includes an increase in value-added, income and property taxes, and a decrease in fuel subsidies. When the law went into effect on 1 January, strikes and riots erupted in the northern province of Bejaia and other parts of the country.

An Algerian government minister accused foreign powers of meddling in the country's affairs and orchestrating the protests. In the interview, Touati asked Kaabia about accusations made by an Algerian government. Kaabia denied any Israeli involvement.

Kaabia also told Touati that before 2000 there was “communication” between the Algerian and Israeli governments, but could not confirm if Algeria hosted a diplomatic office representing Israel in the past. Algeria and other Arab league governments, with the exceptions of Egypt and Jordan, do not officially recognize or have diplomatic relations with Israel due to the latter's occupation of Palestinian territories. However, some governments currently and in the past have maintained communication channels with or hosted offices representing Israel. Such relations are often kept secret by Arab governments due to the popular support to the Palestinian cause in the region.

On his blog Alhogra, Touati has consistently covered anti-austerity strikes and job protests, and rights violations committed by Algerian authorities. On 22 November, he posted an interview with Tilelli Bouhafs, whose father Slimane Bouhasf, is currently serving a three-year jail term on charges of insulting Islam in his online posts.

With the arrest of Touati, Algeria continues its crackdown on government critics and those peacefully exercising their right to free speech online. In December of 2016, this campaign cost the life of blogger Mohammad Tamalt who entered a coma after staging a two-month hunger strike in protest of his detainment for publishing on Facebook a poem critical of Algerian President Abdelaziz Bouteflika.