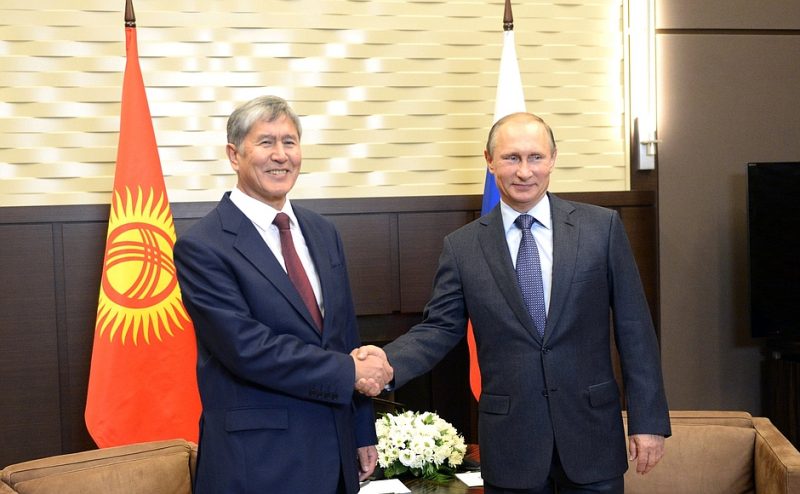 Kyrgyzstan’s top prosecutor has accused two major media outlets of insulting the president by spreading “false information” about him and has said her office will pursue damages in court.

The prosecutor’s office is filing two separate suits in its capacity as the guarantor of President Almazbek Atambayev’s honor and dignity.

The first suit is being filed in response to the two outlets’ reports on public allegations made against Atambayev by jailed opposition leader Omurbek Tekebayev. Specifically, the leader of the Ata-Meken party alleged that Atambayev may have been the owner of cargo on a plane that crashed in January outside the capital, Bishkek, killing 39 people. Accusations that Atambayev was in some way linked to the contents of the doomed Boeing 747 cargo plane had previously been circulating as rumor.

Lawyers for Tekebayev suggested their client was arrested because he holds documentary evidence supporting his claims. Remarks by the lawyers were widely reported, and not just by Zanoza.kg and Azattyk.

The General Prosecutor’s Office has said the outlets “abused their freedom of speech” and failed to verify their reports, which they said “defamed” the president.

“Some individuals see freedom of expression as a free pass for satisfying their own ambitions and they frequently indulge themselves by spreading unreliable and negative information, often with offensive content, that demeans not just the honor and dignity of their own fellow citizens but also that of the president who stands for those people,” the prosecutor’s office said in a statement.

The authorities are demanding that the two outlets in question deny the content of their reports on the offending topic and that they pay Atambayev compensation for moral damages — 10 million som from Azattyk and 3 million som from Zanoza.kg.

It is unclear why only these two outlets have been singled out for this treatment, considering that most media in the country at least alluded to the allegations, which were first made in the press center of a leading news agency. One likely explanation is that Azattyk and Zanoza.kg have produced the strongest line of reporting on the government.

The two outlets are also facing accusations of reporting other accusations made by Tekebayev concerning bank accounts allegedly held by Atambayev in Cyprus.

Prosecutors argue that details in the story “do not correspond to reality” and are presented in a way that puts the president in a bad light. For those pieces, the authorities want 3 million som from Zanoza.kg and 10 million som from Azattyk.

Zanoza.kg editor Dina Maslova said that the court cases were more likely to enhance the media’s reputation than that of the president. The biggest problem is that the website will have to expend an inconvenient amount of effort defending its commercial interests instead of focusing on reporting, Maslova told EurasiaNet.org.

“It seems to me that there are people in the president’s entourage who are just annoyed, but by advising him to sue internet publications, they are really doing him a bad turn. There is no other way to explain this unwise decision,” Maslova said.

Lawyers for Ata-Meken are facing their own 10 million som lawsuit for airing the allegations about Atambayev owning cargo on the plane that crashed in the first place.

Ata-Meken has also filed its own suit against Atambayev, who recently referred to the party in public as a “stinking party” and called Tekebayev a “marauder” — the latter being a reference to allegations the politician somehow profited from the looting that occurred in the wake of the April 2010 revolution. Ata-Meken has not said it wants any money, however, and said it wishes only for the president to make a public apology.

This cycle of confrontation between the president and the opposition was sparked by Tekebayev’s concerted opposition to changes made to the constitution last year. In the end, while the amendments were of relatively indifferent importance, the political struggle has proven vicious and bitter.

Tekebayev is now being held in a pretrial detention facility, from which he occasional passes notes through his lawyers. In his most recent prison statement, he suggested Atambayev undergo a medical examination to establish the state of his mental health.