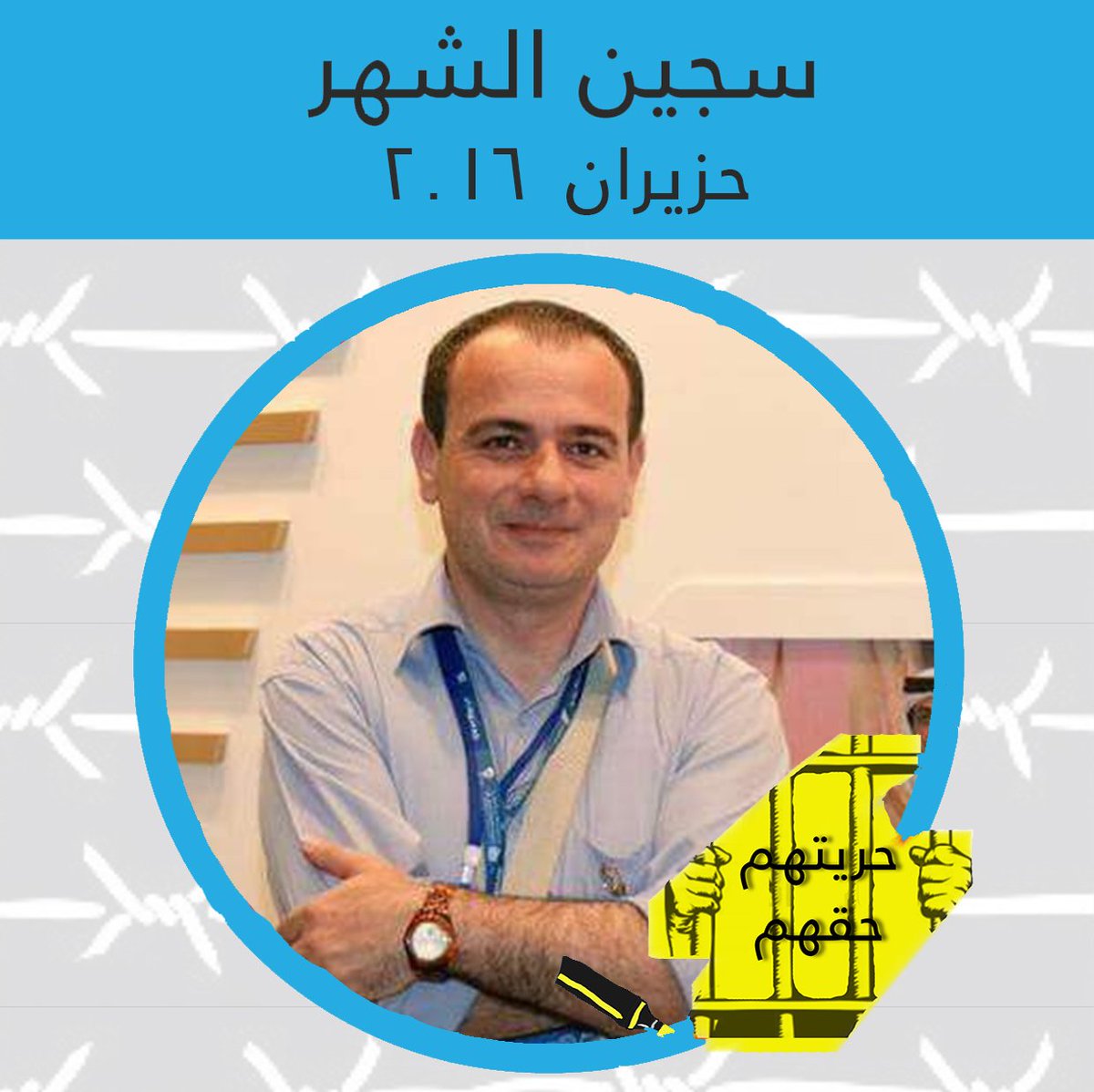 In June 2016, the ‘Their Freedom Is Their Right’ campaign called for the release of Tayseer al-Najjar, who has been in prison in the UAE since December 2015.

On 15 March, a United Arab Emirates court sentenced Jordanian journalist Tayseer al-Najjar to three years in jail and fined him 500,000 dirhams (about 136,000 US dollars) for insulting the state in a Facebook post he published in 2014 while he was still living in Jordan.

In the post, al-Najjar criticized the Emirati position on the 2014 Israeli war in Gaza, which left more than 2,200 Palestinians, mostly civilians, dead. Six Israeli citizens and 64 soldiers were also killed in the conflict. According to the Emirates Center for Human Rights, al-Najjar wrote:

Message to some journalists and writers who do not like the Gazan resistance […] There is no two rights in one case, but the right one is the Gazan resistance and all else is bad – such as Israel, the UAE, [Egyptian President Abdel Fattah el-] Sisi and other systems that are no longer ashamed of shame itself

Al-Najjar, who was detained by UAE authorities in December 2015 and spent more than a year awaiting trial, will also be deported as soon as he completes his sentence. The State Security Court in Abu Dhabi found him guilty of “insulting symbols of the state” on social media. Under Article 29 of the 2012 UAE Cybercrime Law, publishing statements, information, news or rumors “with intent to make sarcasm or damage the reputation, prestige or stature” of the state, its institutions and leaders is a crime punishable by temporary imprisonment and a fine.

It is not uncommon for the UAE to send users to jail for peacefully expressing their views. But what is troubling about al-Najjar's case is that he is serving jail time for statements he made before he even moved to the country to work as a culture reporter for a local newspaper.

A writer, journalist and a member of the Jordanian Press Association, al-Najjar used to work for the culture section of the daily newspaper al-Dostour in Jordan. In April 2015, he moved to Abu Dhabi where he started working as a culture reporter for al-Dar newspaper, which is affiliated with the government-owned center Aljewa for Culture and Media.

UAE authorities detained Najjar in December 2015, after banning him from boarding a flight to Jordan at the Abu Dhabi International Airport to visit his family. He was held incommunicado for nearly two months, and remained in pre-trial detention for over a year.