Russian Web Censor Cracks Down Ahead of Next Anti-Corruption Protests 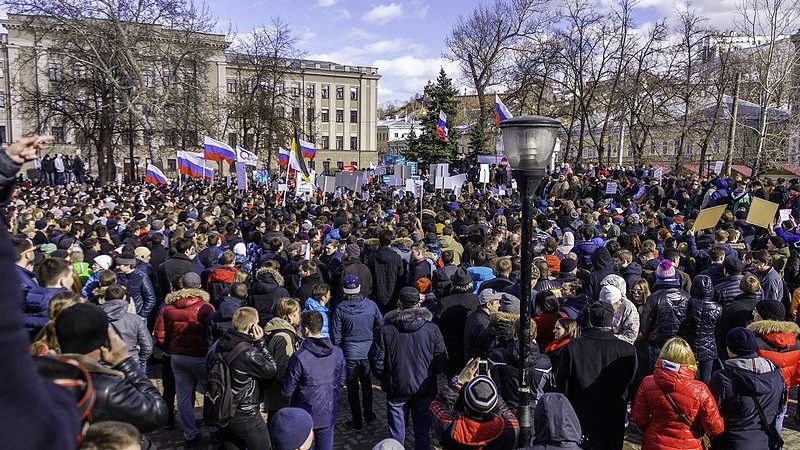 Protesters rally at an anti-corruption demonstration in Nizhny Novgorod on March 26, 2017.

Russia's prosecutor general requested on Friday that Roskomnadzor, the state agency responsible for censoring media, block websites it said are inciting public disorder by inviting people to join a rally scheduled be held in central Moscow on Sunday.

In a written request, Deputy Prosecutor General Viktor Grin asked Roskomnadzor to block five websites “calling for participation in mass (public) events on April 2, 2017 on Red Square in Moscow and in all other major cities of the Russian Federation.”

The request comes in the wake of the largest opposition demonstrations held in Russia since 2011-12, when protesters rallied against the results of the allegedly fraudulent 2011 parliamentary elections and President Vladimir Putin's decision to run for a third term in 2012. Sixty thousand people gathered in cities across Russia last Sunday to protest state corruption, with many fixing their ire on Prime Minister Dmitry Medvedev, whose vast assets opposition leader and anti-corruption activist Alexei Navalny revealed in an investigation released at the beginning of March.

The General Prosecutor's Office has requested that Roskomnadzor block several resources devoted to the April 2 protests. A scan of the request.

Police arrested Navalny, who remains in detention, and around 1,000 protesters at the rally in Moscow, and scores of protestors were detained at demonstrations in 82 Russian cities, including in Siberia and the Far East. 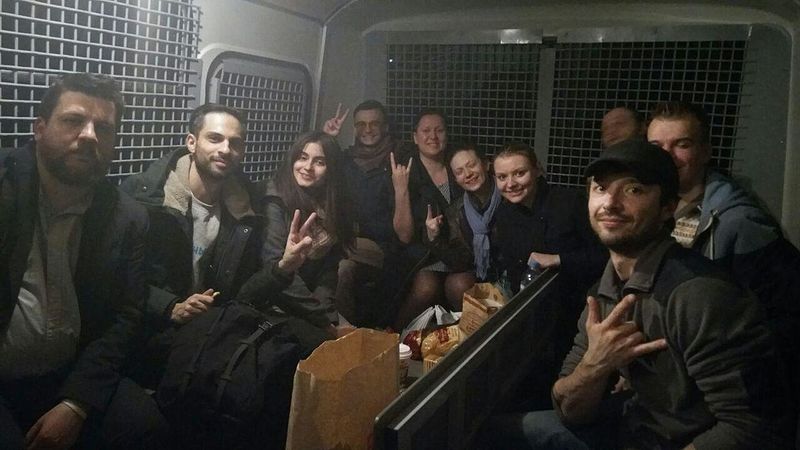 Volunteers from Alexei Navalny's Anti-Corruption Foundation and employees of the media outlet NewscasterTV were arrested at protests held in Moscow on March 26, 2017. Source: Twitter, CC 4.0

The VKontakte group “We Demand Systemic Changes in the Country,” one of the five websites the General Prosecutor's Office asked Roskomnadzor to block, initially called on protesters to join a demonstration on Red Square, though the location of the protests has since been moved to the adjacent Manezhnaya Square. More than 2,000 protesters have said they will join the demonstration, which will begin at noon on Sunday.

Many observers remarked on the number of Russian youth who participated in the March 26 protests, and the next round of demonstrations appear to be largely organized by young people: the organizer of “We Demand Systemic Changes in the Country” is Viktoria Potapova, a 21-year old from Moscow, whose VKontakte page, which the prosecutor's office also asked Roskomnadzor to block, states that she is employed by”Economics LTD.”

“We Demand Systemic Changes in the Country” is calling for Medvedev's resignation; the creation of structures designed to facilitate dialogue between protestors and government authorities; the reduction of state defense expenditures; the repeal of a draconian set of anti-terror laws that severely circumscribe civic activism and the freedom of expression online; an official investigation into officials accused of corruption by Navalny's Anti-Corruption Fund, including Rosneft President Igor Sechin and General Prosecutor Yury Chaika; and a review of the Platon truck tax system that has been heavily criticized by Russian long-haul truckers.

The prosecutor's office also requested that a YouTube video entitled “‘Young people of Moscow’ Are Gathering for a Rally on Red Square to Demand that Medvedev Resign” and a Live Journal post promoting the video be blocked. The video has been viewed more than 60,000 times.

Another YouTube video, “Will There Be a Rally or a Picket on Red Square on April 2, 2017?,” which has been viewed less than 3,000 times,  is also on the prosecutor's block list.

Grin's letter to Roskomnadzor cites Russian laws prohibiting the distribution of information intended to incite mass protests, and those banning events on Red Square without the approval of the President. It also instructs Roskomnadzor to block websites that distribute copied or similar information once the aforementioned sites are blocked.