A Brazilian Judge Demands a Blogger's Sources, Testing the Limits of Media Freedom 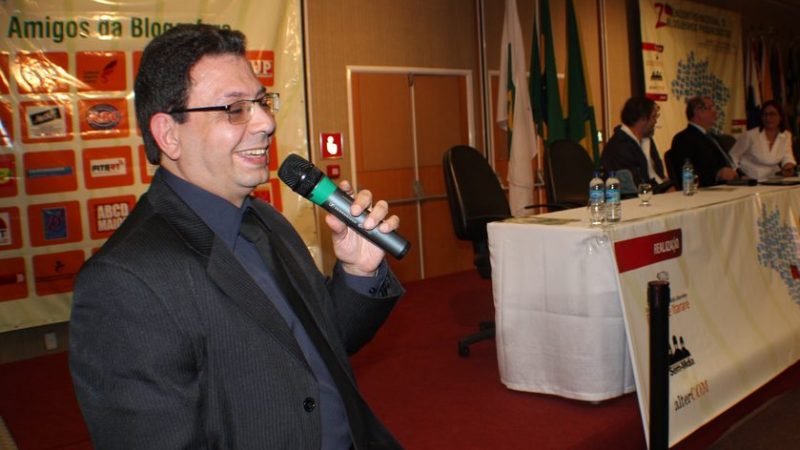 Authorities confiscated Guimarães’ laptop and two phones and judge Sergio Moro, who is in charge of the Lava Jato investigation, ordered the disclosure of Guimarães’ telephone records, summoned him for questioning, and according to Guimarães, attempted to force the blogger to reveal his sources. The judge took these actions despite the fact that Brazil's constitution protects journalists from revealing the identity of their sources.

Moro later reversed his decision, but the action highlighted the weakness of the legal protection mechanisms of citizen journalists in Brazil.

In March 2016, Guimarães revealed on his blog that Brazil's former president Luiz Inácio Lula da Silva, also of the Worker's Party, would be summoned to testify by the Lava Jato investigators — which indeed happened a few weeks after the story's publication.

Guimarães’ blog, Blog da Cidadania (Blog of Citizenship), is well-known and aligned with the former government of the Worker's Party.

On March 21, Eduardo Guimarães was forcibly taken to testify by the Federal Police in São Paulo, following a court order issued by judge Moro. Guimarães said he was forced to give passwords of his phone and computer to the police agents, who stormed his house in the early hours of the morning, and also that he was questioned at the police headquarters without the presence of his lawyer. He added he was surprised by all this as, according to him, the police already knew who his source was.

Documents released by the Federal Police on March 23 showed that the investigators checked the social media profiles of the civil servants who had access to the files on Lula last year, and opted to pursue a court order for disclosure of the phone records of those with left-leaning posts and likes. According to the documents, this is how they found Guimarães’ source, before judge Moro ordered that his telephone records also be disclosed.

This triggered a wave of online protests in the country's blogosphere (including from right-wing bloggers) who denounced what looked like a flagrant violation of Brazil's Constitution that enshrines journalists’ rights to protect the identity of their sources. The federal prosecutors then issued an official statement in defense of the measure, saying that the constitutional protection wouldn't apply to Guimarães because his blog was a “platform to present personal opinion and political propaganda.”

The official note of the Federal Justice of Paraná states:

Although a degree in journalism isn't requirement for being a journalist, having a blog isn't enough to be one. The constitutional protection to the confidentiality of sources applies only those who exercise the profession of journalist, with or without a degree.

The criticism only intensified after the note's release. The NGO Reporters Without Borders declared that it was worrying that one judge could dictate a definition of journalistic activity based merely on the content of the publication. The National Federation of Journalists and the Union of Journalists of São Paulo co-signed a note condemning the decision, which they consider to be inspired by the times of the military dictatorship.

Even Reinaldo Azevedo, who edits Brazil's most popular right-wing blog, defended Guimarães, pointing to the arrest of the blogger as a violation of the constitutional rules that protect journalistic activity. Many journalists and activists, from a wide ideological spectrum, also joined the critics on social media.

After the protests, judge Moro reversed his decision. On March 23, he issued a ruling requesting the exclusion from the investigation of all the information collected on Guimarães’ testimony, as well as from the sweep through his electronic equipment. The prosecutors also stated, in their defense, that the objective of the measure was not to identify the sources of the information published by Guimarães, which they already knew, but to collect additional evidence in relation to all of those involved in the leaks.

Who gets to be a journalist in Brazil?

The 1988 Constitution provides for the right of journalists to protect the identity of their sources. But it also lacks a legal definition of who can be considered a journalist.
The profession was previously regulated by the Press Law, edited in 1967 by the former military regime, which defined the journalistic profession as one exercised only by employees and frequent collaborators of communication companies registered with the government, who also had to have obtained a degree in journalism. But in 2009 the Supreme Court revoked that Law, ruling that it had an ‘anti-democratic inspiration’ and was incompatible with the new Constitutional order instituted in 1988.
Today — in Brazil and internationally — there is no clear legal definition of the profession of journalism. Neither degrees nor employment by traditional media outlets are criteria for its definition, and the lines are even more blurred with the widespread of alternative media outlets over the internet.

But the experience of Guimarães may indicate that Brazil's standards of press freedom are decreasing. In the Reporters Without Borders‘s annual report on media freedom, Brazil fell five positions in a worldwide ranking from 2015 to 2016, now occupying 104th place out of 180 countries. The concentration of media outlets in the hands of a few wealthy families and lack of a national mechanism for the protection of reporters are the main reasons for its current status.